The Cabinet of Ministers of Ukraine approved the military reform program for 16,4 billion dollars 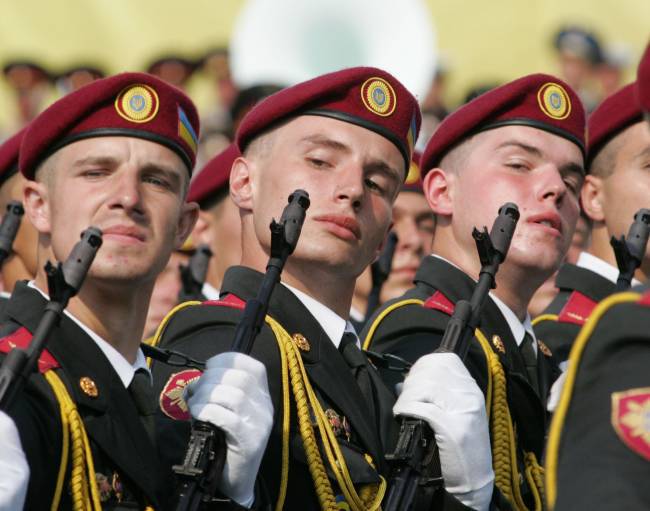 On Wednesday, at a meeting of the Cabinet of Ministers of Ukraine, the state program for the reform of the country's armed forces was approved, Defense Minister Pavel Lebedev said.

The Minister noted that the reform will be financed from the state budget, as well as through the “realization of excess property by the Ministry”.

The program is aimed at bringing the number of armed forces of the republic to the optimum level and strengthening combat readiness.

The number of Ukrainian army is 184 thousand. People. The reform developed by the Ministry of Defense suggests reducing the size of the army to 70 thousand people.

Earlier it was reported about the plans of the Ministry of Defense of Ukraine to transfer the army to a contract basis for the 2017 year.

At the time Ukraine declared its independence from the Soviet Union, the number of troops in the country numbered about 700 thousand people.

The strategic nuclear forces stationed on the territory of Ukraine in 1991 had 176 intercontinental ballistic missiles, as well as about 2 thousand. 600 tactical nuclear units weapons.

Ctrl Enter
Noticed oshЫbku Highlight text and press. Ctrl + Enter
We are
Miracles of the Ukrainian “sequence”: Avakov said that he should immediately abandon the draft and transfer the army to a contract basisBefore 2017, it is planned to allocate 131 billion hryvnias for reforming the Ukrainian army
Military Reviewin Yandex News
Military Reviewin Google News
61 comment
Information
Dear reader, to leave comments on the publication, you must sign in.