30 May 2013
38
Sudden checks of the combat readiness of the troops continue. This time, in accordance with the order of the Minister of Defense, the aerospace defense (VKO) troops, the military transport, long-range and front-line troops, were raised by alarm aviation. On the morning of May 27, some time after the start of the audit, the Chief of the General Staff V. Gerasimov announced the scale of the event. 8,7 thousand soldiers and officers, 240 combat vehicles, as well as 185 aircraft were involved in the three-day exercises. Monitoring the course of the sudden check was assigned to the Main Operations Directorate of the General Staff, headed by Colonel General V. Zarudnitsky. 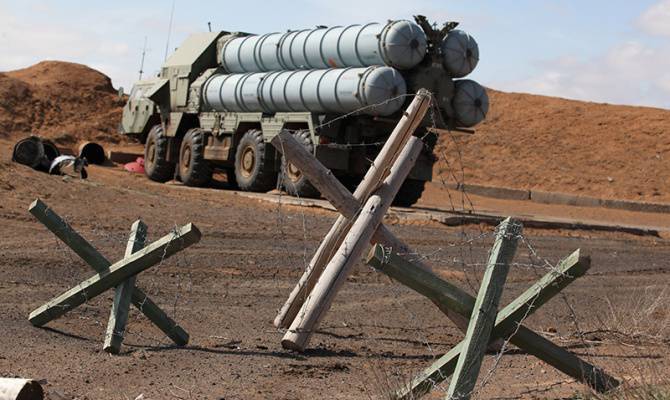 The exercises that took place this week, among other things, are interesting because they gave special attention to communication with the media. At the conference call on the first day of events, Minister of Defense S. Shoigu instructed his subordinates to publish up-to-date information on the course of the inspection every few hours. The purpose of these measures, according to the minister, is to prevent "all sorts of rumors and misinterpretations." Thanks to this instruction, in particular, immediately after the start of the exercise, general information became known about their plan, for example, about conducting training firing anti-aircraft missile systems at the Ashuluk training ground in the Astrakhan region.

Already in the afternoon of 27, the numbers of military transport aviation began to transfer the calculations of anti-aircraft missile systems of the C-300P family to the range near Astrakhan. In total, the pilots had to transport there four regiments of aerospace defense forces based in Central Russia. By Monday evening, the first units of the East Kazakhstan region arrived at the test site. Calculations of anti-aircraft complexes prepared them for work and started to monitor the air situation. As reported, the main purpose of the rocket engineers were training ballistic targets. In addition, the work of the air defense missile system throughout the exercise was complicated by a large number of fighters, imitating the enemy’s active actions at different heights.

While military transport aviation was engaged in the transportation of anti-aircraft systems and personnel, the Ministry of Defense made an important statement regarding the legal side of the current exercises. This statement noted that units of the armed forces, whose actions are limited by Russia's international obligations, do not take part in the inspection. Only connections that are not limited to any contracts and agreements are transferred to the landfills and airfields used in the exercises. Thus, the Ministry of Defense has shown that Russia, while checking the combat readiness of its army, fully complies with all international agreements.

Shortly after this statement, the press service of the Ministry of Defense announced the arrival at the Ashuluk training ground of the first military personnel of the EKR forces. Immediately after arrival, the soldiers and officers of the first arriving units received the equipment and went to the area provided for by the exercise plan. Over the next few hours, they launched a full-fledged anti-aircraft defense of a given area and prepared to intercept training aerodynamic and ballistic targets.

On Tuesday morning, a message appeared, according to which frontline aviation joined the exercises. Fighters and bombers of the Western Military District flew over to operational airfields and airdromes dispersed. During the urgent redeployment as part of the test, two squadrons of Su-34 bomber flew from Baltimore base near Voronezh to several other airfields, and Su-27 fighters assigned to the Besovets base (Karelia) arrived in Pushkin (Leningrad region). Similar actions were carried out by several other divisions equipped with other types of equipment. It is worth noting that military transport aviation took an active part in the preparation of the redeployment of front-line aviation. On Monday transport planes delivered all the necessary equipment and personnel to the airfields used in the exercises.

Fighters and bombers of the Western Military District besides directly redeploying made several dozen sorties to attack training targets. In addition, MiG-31 interceptors, A-50 long-range radar detection and control aircraft, as well as Il-78 tankers attracted to the exercises. Their task was the continuous duty in the air and cover the specified area in the north of the country. Its specific location was not specified. In the course of continuous combat duty, interceptors and radar detection aircraft were repeatedly refueled in flight.

Also, from the first day in the exercises, the Moscow anti-missile defense system took part. However, in view of the general secrecy surrounding this component of the aerospace defense forces, the course and results of the verification were not announced.

Currently, the Ministry of Defense is summing up the past three-day check of the combat readiness of the troops of the East Kazakhstan region and the Air Force. It is likely that it will take a long time to complete the analysis of the combat training work of the units involved, since the last exercises are the largest such event in the past two decades. In this regard, the last test is emphasized. In the future, based on the analysis of the information collected on the actions of various units, the leadership of the Ministry of Defense and the commands of the armed forces will draw the appropriate conclusions.

In accordance with the instructions of the Minister of Defense, some of the results of the exercises will be announced soon. In the meantime, it remains to rejoice at the fact that this was already the second sudden check of troops over the past few months. Regular holding of such events will have a beneficial effect on a number of factors related to the country's defense. First of all, it is necessary to note the educational component: soldiers and officers involved in the exercises will be able to test their skills in practice and improve them. In addition, the command will be able to detect existing shortcomings and take the necessary measures to correct them. Ultimately, all such sudden inspections will help improve the state of the Armed Forces as a whole.

The press service of the Ministry of Defense reports that since the beginning of the year about a hundred sudden inspections have taken place in the troops of the Southern Military District alone. Moreover, during these events, special attention was paid to the transfer of troops to higher levels of readiness. In the future, such events will definitely continue, since it is the surprise factor that is considered by the Ministry of Defense to be an important and necessary way of checking the real state of affairs in the armed forces.

Ctrl Enter
Noticed oshЫbku Highlight text and press. Ctrl + Enter
We are
Turkey vs Syria: the balance of power“Indra-2012” - to be teachings!
Military Reviewin Yandex News
Military Reviewin Google News
38 comments
Information
Dear reader, to leave comments on the publication, you must to register.