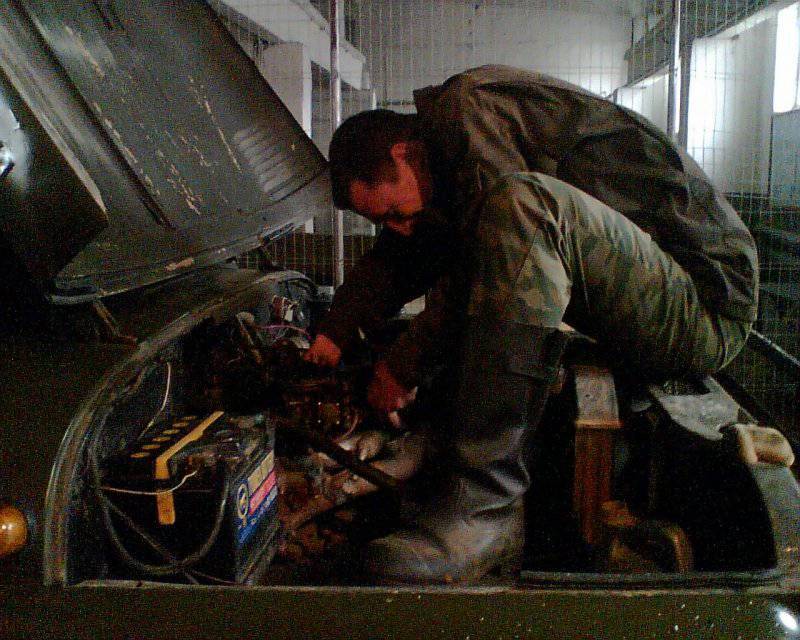 The military motorist's day is celebrated on the anniversary of the formation of the first automotive training company in Russia. The country's first automobile company was established in the country in 1910, and became the first test, research and training auto center in Russia. The division was headed by Captain Peter I. Sekretov, who entered history Automobile troops of Russia, and the whole army as a whole, as a man who formed not just the first automobile company in the country, but also an automobile unit equipped with machine guns, the appearance of which determined the philosophy of using a car in military affairs.

In July, an autorot test run of military trucks was carried out by X authorization. Not only tested the suitability of machines for military service, but also the endurance of their components and assemblies. At the initiative of Peter Ivanovich in the autumn of the pre-war 1911, another cargo rally was carried out. As a result, a great experience was gained in using technology produced by leading automotive manufacturers in the world. According to the results of both car races, it was decided to supply vehicles for the Russian army. The commission acquired more than three hundred trucks and almost a half of passenger cars, which were distributed to autorotids at the railroad battalions.

Despite its relative small number, during the period of the First World War, automotive equipment, due to its unprecedented efficiency and maneuverability, was recognized as the most promising type of transport. At the time of the end of the war, the Russian army had 22 separate autorots, and the total fleet consisted of about 10000 vehicles.

Domestic military auto industry had to go a long evolutionary path. In the era of industrialization in the USSR, its own automobile industry was created, which made it possible to provide the armed forces with the necessary number of automobile equipment of its own production and enter World War II with an independent automobile power. By the beginning of the war, more than 40000 vehicles were supplied to the troops.

During the Great Patriotic War, auto equipment was widely used to solve problems of supply, towing installation and movement of artillery and many other tasks. Automotive equipment formed the basis of the transport potential of the current army and was hardly inferior to rail transport in terms of traffic. Delivering cargo in the most difficult conditions of thaws and snow drifts, demonstrating the wonders of mobility when traveling on ice crossings, risking to get under shelling and air raid, motorist warriors in spite of everything selflessly performed their duty.

With the beginning of the Cold War, military motorists faced a new challenge - to ensure maximum mobility of nuclear missile weapons, which was solved by creating special wheeled chassis to transport missile systems, which have no analogues in the world today. In the postwar period, the domestic military automotive industry made a huge leap, becoming one of the leading in the world, and it continues to be such to this day.

Today, the car from the means of supply and supply has become a full and formidable carrier of weapons, becoming its integral part. The military specialty "Avtomobilist" is the most common military-accounting specialty in the modern Armed Forces of Russia. Military vehicles are in service with all the armed forces and special services, remaining the most common means of installation, towing, transportation of military equipment and transportation of goods.
Ctrl Enter
Noticed oshЫbku Highlight text and press. Ctrl + Enter
We are
For the first time in Toronto, a charity rally "I remember, I'm proud"
Military Reviewin Yandex News
Military Reviewin Google News
41 comment
Information
Dear reader, to leave comments on the publication, you must to register.