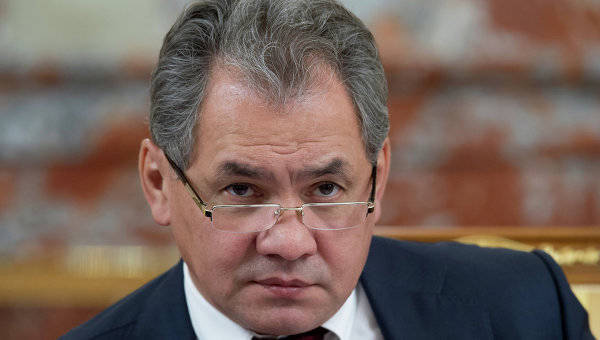 
On Tuesday, he visited the 3-th Central Research Institute of the Ministry of Defense Research and Testing Center, where on the eve of the Military Motorist Day a practical demonstration of promising samples of Russian military and special-purpose vehicles was held.

"We decided to start mass purchases of a number of vehicle samples. We need the most mobile and up-to-date vehicles for transporting troops and cargoes and conducting combat operations," Shoigu said at the awards ceremony for the most distinguished employees of the 3 Central Research Institute of the Ministry of Defense. He noted that "the industry will make new developments at its own expense."

General attention was attracted by the two-door tracked conveyor "Vityaz", which first overcame the water barrier and then climbed the hill with a slope of more than 30 degrees.
Ctrl Enter
Noticed oshЫbku Highlight text and press. Ctrl + Enter
We are
Innovation Day of the Southern Military District: KamAZ-63968 "Typhoon-K" armored carInnovation Day of the Southern Military District: armored car Ural-63095 "Typhoon-U"
Military Reviewin Yandex News
Military Reviewin Google News
42 comments
Information
Dear reader, to leave comments on the publication, you must to register.