Position of Russians in Dagestan: Russia's withdrawal from the Caucasus 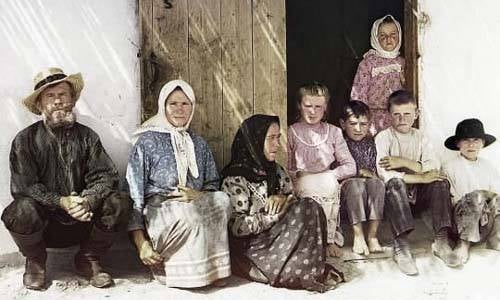 Intolerance, religious extremism, terrorism, radicalism among youth, problems in inter-ethnic relations worry the state and citizens. This is reflected in the media by the growth of publications on interethnic and inter-ethnic issues and is an indicator of public attention to the problem. The number of publications in the press, and media interest in ethnic issues has a steady growth trend, especially in the southern regions of the Russian Federation.

In the North Caucasus, there are inter-ethnic tensions that have regional specificities, unlike in continental Russia. Territorial disputes, whose resolution even in the legal field carries the risk of inter-ethnic division, especially in such multi-ethnic entities as the Republic of Dagestan, are particularly straining in interethnic relations. The situation is aggravated by the unresolved effects of the political and economic crisis in the North Caucasus, and in Dagestan in particular.

Representatives of the Russian people turned out to be the most unprotected in this regard: the migration of Russians within the republics of the North Caucasus Federal District and their mass outflow from Dagestan to other regions of Russia can only be compared in scale with general mobilization, this process has become so widespread. Now in Dagestan, in order to find a Russian citizen of the republic, especially outside the capital and one of the “Russian” districts, it is necessary to show considerable zeal. The Russian people, who gave everything to the Caucasus, from education to industrial industry, today are compelled to flee, giving up their property for a pittance, abandoning the fertile lands inhabited. In parallel, there is a division of citizens into Russians and non-Russians.

A special executive body on national policy does not work in the republic; there is no direct work with the population. The government commission of Dagestan on the issues of the Russian population could not build its work properly, and in many positions even worsened the already difficult situation of the Russians; did not stop the outflow of the population from the republic and did not create the conditions for the return of the Russians who left. As a result, these processes acquired ethno-confessional acuteness, and became a socially dangerous phenomenon. The role of local authorities in the prevention of interethnic tensions and interethnic relations in general is weak, although everyone is aware that the overwhelming majority of interethnic conflicts occur precisely at the local level. Perhaps local governments do not have the necessary authority.

Increasing migration activity provokes interethnic tensions. Migration from the national republics of the North Caucasian Federal District to other regions leads to the formation of large ethnic communities of mountain peoples in the host regions, increasing labor competition. Such migration changes the ethnic composition of the population in the receiving region and is the main reason for the increase in ethnic tensions. In fact, these are enclaves that will develop without assimilation processes. At the same time, there is a growing influence of Muslim religious communities - “jamaats”, which create fertile ground for the development of extremist ideas in the form of the most radical directions - Wahhabism and salffism.

Recently, there has been an increasing commitment of representatives of the Russian population of the North Caucasus to Islamic ideals. Many Russians really find protection in Islam, observe its rituals and lead an Islamic lifestyle. The involvement of ethnic Russians in the ranks of their followers is considered to be Wahhabis, who recognize terrorism as the most effective way to achieve their goals, a priority for spreading their views. So the number of Slavs who converted to Islam and took Muslim names grows, it is through them that missionary activity is carried out on the territory of all mainland Russia, which expands the number of adherents of the movement for the “purity of Islam”. Here the question of protecting the Russian population, not only in the North Caucasus republics, but throughout the country as a whole, comes to the fore. A clearly defined state policy of the Russian Federation in the field of the formation of tolerance in the field of interethnic and interfaith relations is necessary.

At present, radical Islam is increasingly entering the spiritual life of Dagestan and it remains only to observe how extremist actions permeate all spheres of public life. In Dagestan, given the surge in youth enthusiasm for Wahhabi Islam, it is safe to say an increase in cruelty, juvenile delinquency, from which the criminogenic situation continues to worsen. The tactics of the “jamaats” are also changing, which now carry out raids in broad daylight, killing law enforcement officers almost every day, although the Shariah has always rejected extremes - extremism and excesses. Calls for peaceful coexistence, the establishment of good relations with all nations began to sound less and less. In Dagestan, extremism and terrorism have become the norm of life, the loss among security officials and civilians is becoming more and more. At the same time, losses both from one and from the other side lead to a constant increase in the number of those who are dissatisfied with the authorities.

In polyethnic Dagestan, the factor of the “Russian language” as a means of interethnic communication and international education is gradually replaced by Arabic. Arabic is becoming a rallying force for young people. Thousands of young people today are forced to seek knowledge outside of Dagestan, because the Dagestan “intelligentsia” and the official clergy are not able to give what they are looking for young people. For Dagestan youth, “Daavat” - a call to faith, is the basis of today's realities. Young people are recruited into the ranks of the Wahhabis, ethno-separatism is developing in relation to the Russian people and the Slavs as a whole. Some experts consider these processes a response to the actions of skinheads in large cities of the country. The spread of constant talk about the creation of the Islamic Republic and the separation of Dagestan from Russia also adds fuel to the fire, which also increases migration. As a result, the uncontrollable mass exodus of the Russians results in the rise of the titular ethnic groups of Dagestan. Physical squeezing of Russians from the republic also aggravates relations with the Cossacks.

Officially, the true reasons for the outflow of the Russian population from Dagestan are still uncertain. The assertion that the main reason is their difficult socio-economic situation is clearly not consistent, if only because their position is exactly the same as that of the rest of the population of Dagestan. Of the other national republics, the mass outflow of the Russian population, the most educated stratum from among the inhabitants of the North Caucasus regions, also continues. In fact, this means the withdrawal of Russia from the Caucasus.

Author:
Ruslan Gereev, head of the youth monitoring group of the Republic of Dagestan, expert of the Center for Islamic Studies of the North Caucasus
Originator:
http://skfonews.ru"rel =" nofollow ">http://skfonews.ru