30 May 2013
471
At first I thought whether to put a question mark here, but later I understood: only an exclamation mark.
No links, just analytics for the last couple of days.


First of all, let's take a look at the actions of the parties that are taking the side of the UAR President Bashar Assad.

ON THIS SIDE OF THE FRONT

On the one hand, Russia is making a lot of efforts to convene a peace conference, within which the fighting parties could come to a compromise.

But at the same time, Russian landing ships, which, in essence, are armed sea trucks, which no sensible state will dare to inspect, come to the Syrian port "Tartus" with noticeable periodicity. And it is clear, not baby diapers will carry such ships. 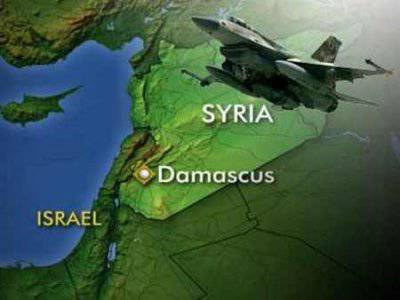 At the same time, deliveries of Russian air defense systems C-300 were resumed. Correspondents "Anna-News" reported that several officers, who were prepared to manage such equipment, returned to Syria from Moscow.

The conclusion is obvious: Russia wants peace, but at the same time it does not forget to prepare for war.

The fact that Syria, in fact, is the only obstacle for the West before its attack on Iran, the leaders of the latter, I think, understand very well. In this regard, Iran’s assistance to Syria is unprecedented. But, the main event in recent days for Iran with respect to Syria was the announcement of opening a credit line for Syria with a volume of 4 billion dollars.

It is worth asking: Do they give credits to those whose doubts are won? So, Iran is entirely for the victory of the Syrian president.

Well, one should not forget such an axiom as the agreement of Iran and Syria on military mutual aid in the event of the invasion of the territory of one of these states.

Well, the help of the Hezbollah movement by bringing its own military formations into the ranks of the Syrian army is widely known. The leader of this movement himself promised that Hezbollah would enter the war on the side of the Syrian government if a third party dares to invade Syria from the outside.

On this side of the front, we see that in recent days Russia has begun to supply air defense systems to Syria, Iran has opened impressive credit lines to support the government, Lebanese armed forces of the Hezbollah movement have fought. Is this due to the fact that all the above-mentioned states have felt the taste of a quick victory? I think no. But the fact that the air smell is fried - this is more indicative of the motivation of the states allied to the Syrian people.

ON THE SIDE OF THE FRONT

As recently as a week ago, the US Senate passed an offensive weapon authorization law. weapons terrorist groups operating against the Syrian army.

Hence the conclusion: the United States does not really want war, but they really want to bring their case to the bitter end. In connection with this, the streamlined formulations of the type are revealed: “The permission to start the arms supplies must also be signed by the president ...”

Well, and let's not forget the last swallow of the coming war - the visit of the main warlord of the USA, D. McCain, to Syria. The visit is illegal and offensive to the legitimate leadership of the country. It’s stupid to think that such a visit took place without coordination with the head of the United States. So, the main supporters of the war about the possibility of unleashing it, hint very loudly.

As expected, the old Europe should be in the same legal field with its main ally, the United States. The European Union yesterday also lifted a ban on the supply of offensive weapons to terrorists operating in Syria.

Of course, this was also presented in the form of streamlined statements like: “Every EU country will now decide for itself whether to supply weapons to terrorists or not?” But, this will be followed by real actions that, in principle, did not stop - no doubt. The volume of support for the militants will simply increase, and the costs of supporting the secrecy aura around the real actions of the European Union will decrease.

I am writing about them in the same way. For the events there are similar. Turkey hastened to build barriers on the border with Syria. Jordan urgently requested the US to deploy air defense systems on its territory. What, if not about the fear of possible retaliatory actions by the Syrian army, can this be said? And in response to what could be the response of Syria? That's right, only in response to a military invasion.

As we see, the main sponsors of terrorism in the region are preparing the ground for the commencement of the arming of terrorists already at the official level. That is, in a much larger volume.

Border countries with Syria are clearly preparing for defense. Of course, they do not forget about the mention of "Geneva-2", but the lack of a common position among Western-supported terrorists already indicates that the upcoming talks are doomed to failure.

Of course, the actions of the West "for the future" can also be regarded as additional trumps for the upcoming talks in Geneva. With these measures, or rather the threat of their implementation, the West can make a legitimate Syrian government to additional concessions. And given the reports from the fronts on which terrorists are being trashed, as children, the West only remains to saber-bang.

But, on the other hand, does the West need peace in Syria? Most likely no. Well, or at least a world in which a government loyal to the West will sit in Syria. As you can see, the hands of terrorists do not work. The next stage is already emerging bright colors. Its essence is in the official supply of large quantities of weapons to terrorist groups in Syria.

I am confident that in response to this, military assistance to Syria from all those of Lebanon, Iran and Russia will increase.
What will be the next stage: most likely, the entry of the NATO forces into the war. The reasons for this, I think, should not be reminded.

It turns out that at the top we see the languid speeches of diplomats about the world and other matters. And a little lower there is targeted arming of both parties to the conflict. What it usually ends is known! War! Let someone else's hands, but still.

And, as can be seen today, neighboring states are also being drawn into this conflict - either on their own or against their will. Judge for yourself: some finance the struggle, others enter the war on the side of one of the parties, still others train the personnel for managing complex weapons. Well, what kind of world is there?

Ctrl Enter
Noticed oshЫbku Highlight text and press. Ctrl + Enter
We are
What you didn't want to know about EnglandInterview by President Bashar Al-Assad to the Sunday Times
471 comment
Information
Dear reader, to leave comments on the publication, you must to register.