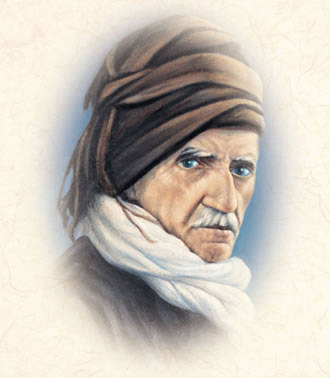 Today, the Novosibirsk District Court convicted two local imams accused of organizing the activities of the religious association “Nurcular” (“Nurchular”) prohibited by the court and sentenced them to imprisonment for 1 a year. The imams called the verdict repression and promised to appeal it in all instances up to the European Court of Human Rights. Why the construction of the "Siberian Caliphate" is punishable by law and what the CIA has to do with it - let us analyze below.


"Repression" against the "non-existent organization"

The imams of the Spiritual Board of Muslims of the Asian part of Russia - Associate Professor of one of Novosibirsk universities Ilkhom Merazhov and employee of DUM Komil Odilov - during the trial, which lasted 5 months, repeatedly declared their innocence, but the court did not heed them:

“Announcing the verdict, the judge noted that the court found confirmation of the investigation data that the defendants had organized in Novosibirsk a cell prohibited by the Russian court of the Nurcular movement. At the same time, A. Pozdnyakov noted, they knew that this movement was prohibited, they acted in concert and promoted the teachings of the Turkish scholar Said Nursi, whose books were also recognized by the Russian court as extremist.

“The organization’s activity was aimed at Islamizing the region, establishing Muslim rule on the basis of Sharia law,” said state prosecutor S. Ageev, announcing an indictment at the first meeting. ”

The defense of the defendants resisted the fact that:

- “there is no such organization as“ Nurdzhular ”in nature. This is about the fantasy when ufologists find aliens ”;

- the collected works of Risale-i-Nur by S. Nursi are recognized by the entire Islamic community of theological scholars as a comment of the Quran, however, for reasons unknown to him, the Supreme Court of the Russian Federation considered them extremist;

“Think for yourself: what, two people in your Siberia, in cold climates, wanted to create a world Islamic caliphate in your apartment? This is nonsense! ”

Meanwhile, recently, a whole wave of searches and detentions of members of the allegedly non-existent in nature organization "Nurdzhular" took place in Russia. So, last week the cell in Perm was liquidated. The detained citizens of Turkey and Azerbaijan and Russia, under the guise of a legal business dealing in the sale of fur coats, distributed propaganda religious materials — about 5000 books and extremist brochures, computers and a large number of disks were seized from them. At the same time, similar operations took place in Anapa, Rostov-on-Don and St. Petersburg.

After the announcement of the sentence in Novosibirsk, the defendant Imam I. Merazhov declared:

“This verdict is repression, its task is to exert pressure on Muslims. A person who fights extremism is accused of extremism. ”

So that the reader does not fall for the well-known trick of “power struggles with religion!” Used by all members of banned religious organizations without exception, we will briefly describe what “Nurcular” is.

Immediately we recognize the rightness of the protection of the imams - legally “Nurcular” does not exist. Just as for some reason there is not in any registers of organizations such as the "Emirate of the Caucasus" or the NGO "United States of Siberia". However, this does not prevent them from actively acting underground: to propagandize, recruit, arrange terrorist acts.

“Nurcular” is an organization of that kind, which mimics the enlightenment, but at the same time does subversive work. This allows her in case of any hint of the so-called. “Repressions” by state authorities to raise a cry for oppression and rely on the help of the West and local human rights activists. No wonder, when in 2008, the Supreme Court of the Russian Federation recognized the International Religious Organization "Nurcular" extremist and banned its activities in Russia, the reaction of the US State Department followed immediately:

“The Russian Constitution provides for freedom of religion, and, in general, the government respects this right in practice. However, religious minorities, especially Muslim followers of the Turkish theologian Said Nursi, Jehovah's Witnesses and Scientologists, faced with restrictions on their religious literature and difficulties in registering their organizations. ”

Said Nursi is such a Turkish Islamic theologian of the beginning of the last century, known for the main work of his life - the composition "Risale-i Nur" - commentaries on the Koran. As his followers say, there is nothing extremist in them, but, on the contrary, they promote peace-loving and uniting the entire Islamic world in the fight against godlessness and depravity reigning in the modern world.

The Russian court referred some Nursi translations to Russian extremist literature, explaining: “there are signs of extremism, in particular: incitement of religious hatred, propaganda of exclusivity, superiority and inferiority of citizens on the basis of their attitude to religion”.

The theologian Nursi left this world a long time ago and cannot answer such an accusation. Perhaps, indeed at a certain angle in his texts it is impossible to find anything "inciting". However, his followers made political subtext into the teaching, which is being promoted around the world under the guise of Nursi's authority.

Such a movement is called “Nurcular”, and although there are at least a dozen branches in it, we will not go into their details now - all of them in one way or another promote: a) the Islamic way of life and b) the revival of Turkey as its world center. Let us dwell only on the most famous follower of Nursi, the preacher Fetullah Gülen.

It was Gulen who was able to organize an extensive international network (conditionally “Nurcular”), making a huge contribution to the propaganda of Pan-Turkism around the world. To date, it has 5 million followers and hundreds of schools in Central Asia, the Middle East, China, Africa and Europe. How was it possible for one, even a very talented person, to create such a complex network?

In 1998, Gulen was accused of trying to overthrow the state system in Turkey. While fleeing, he fled to the United States, ostensibly for treatment, but remained there and lives to this day, despite the fact that in 2006, the Supreme Court of the Republic of Turkey dismissed all charges against him.

There is an opinion that the structure of Gulen (organizational-classical sect) was created with the help of the CIA and is still working closely with her. After the collapse of the USSR, it began an active introduction to the post-Soviet space.

The recently published memoirs of the former secret service officer of Turkey, Osman Nuri Gündesh, say that 130 CIA employees worked only in Kyrgyzstan and Uzbekistan in the lyceums of Nurcular. “Although outwardly these people were perceived as teachers, in fact, they worked under the guidance of American intelligence services,” writes Gundsh. “All of them are US citizens who were registered in these lyceums as“ teachers of English and at the same time possessed diplomatic passports. ”

Long way "Nurdzhular" to the ban in Russia

The activities of “Nurdzhular” came to the attention of the Russian special services at the beginning of the 90-s. In particular, it is said about their ties with the militants of the North Caucasus. However, the operational development of the sect began only with the advent of Vladimir Putin to the presidency of Russia. The then director of the FSB, Nikolai Patrushev, spoke about her activities:

“Information was collected on the processes taking place in the North Caucasus, Pan-Turkist and Pan-Islamist treatment of Russian youth was conducted, candidates for recruitment were studied in order to form a pro-Turkish lobby in local government structures, penetration into law enforcement agencies and public associations.”

During this period, the mass deportation of Turkish representatives of Nurcular from Russia began, including several dozens of “teachers” were expelled from Tatarstan, where they worked especially freely.

The final point put the Supreme Court of the Russian Federation, but it happened, as already mentioned, only in 2008 year, and the general purge of preachers who had gone underground, and all - only now.

By the way, before the start of the current law enforcement campaign, we had already witnessed similar ones - in relation to the banned Hizbut Tahrir and so-called extremists. "Mujahideen of the Volga region". This suggests that the government finally set about clearing the Augean stables of "non-existent organizations." Apparently, the upcoming Universiade in Kazan and the 2014 Olympiad in Sochi, and maybe some operational information about which we do not know, was the impetus for this.

The decision of the Novosibirsk court can be called a landmark. Of course, he has and will have many critics, because in fact it is very difficult to even bring such a case to court. The discussion about the legality of attributing certain texts sacred to Muslims to the category of extremist literature is a manifestation of a rather serious problem that remains to be solved. In particular, the ban on Nursi transfers is recognized even by many neutral experts. However, they also agree that so far there are no other mechanisms for dealing with such Novosibirsk imams and interpreters.

You can, of course, take the path of tolerant Europe, but how it ends - we know well. Fortunately, it seems that the time of importing foreign “ideologies-mines” to Russia really comes to an end.