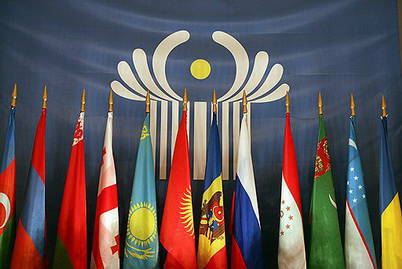 The Commonwealth has not become a single geopolitical entity with a common ethnopolitical and military-strategic space.


At present, the integration geopolitical project of the Eurasian Union is actively developing. And although it is based on countries covering more than 80 percent of the USSR’s territory, the extension of integration processes to other former Soviet republics is important from the point of view of the geopolitical stability of the entire post-Soviet space. A key role in this process can be played by the Commonwealth of Independent States (CIS).

Unfortunately, the CIS has not become a geopolitical union with a common ethnopolitical and military-strategic space. Moreover, lately a real threat has arisen of the departure of a number of states from the principles of integration, there has been a clear decline in the cooperation potential that has been accumulated in previous years.

Today, the military-political situation in the world is mainly affected by changes in the entire system of international relations that take place under the influence of two contradictory trends: on the one hand, the formation of a multipolar world, and on the other, the desire of the United States of America to secure the role of the sole world leader.

The national interests of modern Russia in the international sphere consist in securing sovereignty, strengthening their position as one of the influential centers of the multipolar world, and developing equal and mutually beneficial relations with all countries and integration associations, primarily with the CIS member states and other neighbors.

In the post-Soviet space, even before the collapse of the USSR and immediately after it, a number of conflict zones still exist and remain. Even today, they have an adverse effect on the overall military-political situation in the Commonwealth, and on the security of Russia. This is, first of all, a well-known situation in Transnistria, the Georgian-Abkhazian, Georgian-Ossetian and Karabakh conflicts that have not found their resolution.

Wherever an armed confrontation arises in the CIS, it necessarily affects Russian interests.

Firstly, because Russia is closely connected with the rest of the Commonwealth countries and any conflict puts it before a difficult choice.

Secondly, the CIS states are bound by specific obligations within the framework of both the Collective Security Treaty and other multilateral and bilateral agreements, so the resolution of any confrontation in the post-Soviet space is not without the active participation of Moscow and taking into account its position.

Third, any armed conflict arising within the borders of the Commonwealth inevitably creates military threats to Russia.

A variety of processes and phenomena contribute to the growth of strategic instability in the post-Soviet space.

In the political sphere, the self-rule of the ruling elites has a significant negative impact, sometimes incompatible with the principles of controllability of states and the Commonwealth as a whole. There is a dangerous increase in the dependence of countries on the often incompetent decisions taken by a narrow group of politicians engaged by clan mafia and economic structures.

The catastrophic decrease in spirituality, culture and intellectual potential, which manifests itself primarily in hypertrophied changes in the system of values, when the worldview and the worldview and the way of actions of the authorities of all levels and the nation as a whole contribute to the growth of tension. This disintegrates society due to increased property stratification and the loss of national ideals and landmarks.

The threat to the territorial integrity of a number of countries persists due to the active work of representatives of political separatism, relying on external support and local financial and economic clans with self-interested interests.

In the economic sphere, a systemic crisis continues in virtually all CIS countries as a result of adherence to a destructive liberal market model in the absence of a coherent and sound policy of the authorities in this area, whose strategy is oriented towards models alien to the Russian and Eurasian archetype.

In the military sphere, hotbeds of military-political tensions and armed conflicts in the immediate vicinity of the borders of Russia and other countries of the Commonwealth remain associated with the ongoing political and military activity of the North Atlantic Alliance countries, primarily the United States, seeking to consolidate their influence in the post-Soviet space. The situation in this area is especially alarming due to the huge gap in the ratio of the forces of the “reformed” Russian Armed Forces leading to the CIS, as compared with the armies of neighboring countries, NATO military and US forces.

In the information sphere, the spiritless content of a different civilizational standard dominates.

Of course, detrimental to the interests of the Commonwealth are the deformation of the traditional Eurasian geopolitical subjectivity, the change of orientation of the main political players in Russia to other, alien civilizational values, as well as the ongoing process of withdrawal of the ruling elites of a number of neighboring countries from Moscow and their orientation to the development of ties and strategic cooperation with other states.

A serious geopolitical factor that poses a threat to the security of the CIS countries is the ongoing rivalry for control over strategic reserves of energy and other raw materials in the post-Soviet space, for ensuring freedom of access to them. Western states are able to use all means, including military force, to protect their geo-economic interests, which they have repeatedly demonstrated over the past ten to fifteen years. The most unfavorable situation for the security of Russia will arise if the West is involved in its political and military organizations in the countries of the South Caucasus. Today, the Caucasus region, with its very complex problems, is the most vulnerable spot of the CIS. The creation here of a serious geopolitical American bridgehead will mean the formation of a kind of "geopolitical wedge", capable of subsequently breaking off large parts of its territory from our country.

One of the main sources of internal and external threats to the Commonwealth are Islamic extremism and terrorism. Here the religious and ideological component plays the secondary role of the ideological “roof” of their organizers and is an incentive for technical performers. Modern terrorism is not a single-handed struggle, but a way of waging war by powerful organized groups with very specific geopolitical goals. These are superbly equipped special structures, including state ones, which are supported by patrons and donors of a transnational nature. Such terrorist organizations are able to wage sabotage and terrorist wars, to participate in large-scale armed conflicts. The examples of Libya and Syria eloquently testify to this.

The sources of threats of a geopolitical scale include the processes of uncontrolled migration of citizens of the countries of the near abroad to Russia, the smuggling of drugs and narcotic substances across the Russian border, smuggling and illegal currency transactions.

Summing up, it should be noted: the difficult situation in the CIS space is due not least to the lack of intelligible theoretical and ideological foundations of state policy, which has led to inconsistencies in the assessments and practical actions of the countries - members of this association.

To transform the CIS into a real geopolitical force of Eurasia, first of all, it is necessary to form a clear system of views that can be accepted by the ruling elites of the Commonwealth states. It should consist of the following provisions:

Ctrl Enter
Noticed oshЫbku Highlight text and press. Ctrl + Enter
We are
Astana should become the capital of the Eurasian Union: Nazarbayev’s reply to PutinVladimir Putin: New integration project for Eurasia - the future that is born today
Military Reviewin Yandex News
Military Reviewin Google News
33 comments
Information
Dear reader, to leave comments on the publication, you must to register.