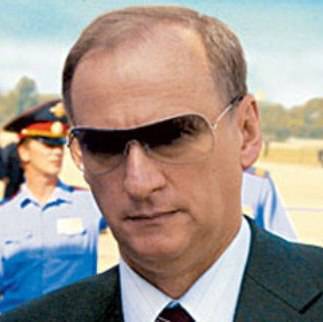 A few days ago, a special envoy of President Vladimir Putin in the person of Security Council Secretary Nikolai Patrushev was sent from Russia to the United States. The mission of Patrushev, as it turned out, was to send a letter from the Russian leader to US President Barack Obama (or rather, his adviser). This letter was a kind of response from Vladimir Putin to a letter he received from Obama himself through state security adviser Thomas Donilon.


The letter received by Putin, as reported by the Kremlin press service, contained some proposals from the US president to reach a compromise on missile defense, as well as calls for jointly solving important global tasks, ignoring the petty problems in bilateral relations. Obviously, by “minor problems” Barack Obama understood the “Magnitsky Act” adopted in the USA and adopted in Russia, as a response, the law of Dima Yakovlev.

It is obvious that the Russian president has studied the proposals of his American colleague, and decided to respond in a similar epistolary form to Barack Obama. It is noteworthy that the composition of Putin’s letter to Obama was not revealed by the Russian presidential press service, but directly by the Security Council secretary Nikolai Patrushev. He specifically stated:

The President of the Russian Federation emphasizes that today, more than ever, concrete matters are demanded that improve the atmosphere of dialogue and also prevent the emergence of new “irritants” that negatively affect our relations.

This document reflects the vision of the leadership of the Russian Federation on ways to build further dialogue and joint work on common challenges and threats. The basic idea is the need to strengthen and fully develop Russian-American relations, expand the honest and based on mutual trust dialogue between our countries in various fields.

A special theme of the letter was the theme of the American missile defense. On this occasion, Nikolai Patrushev stated that President Putin, addressing Obama, proposes not only to reinforce the nondirection of nuclear potentials and antimissiles against each other, but also to begin an open exchange of information on this issue with clear and reliable guarantees.

If this is all the content of Vladimir Putin’s letter to Barack Obama, several questions arise. Question one: why use the epistolary genre for exchanging proposals, especially using the services of officials responsible for state security in this or that way, if the same Patrushev himself sounded the contents of the letter? We note, not the Peskov press secretary, who in general could afford to highlight the content of the message, but the whole Security Council secretary. And to the Secretary of the Security Council somehow, to put it mildly, it is not handy to speak out about the content of the documents of such level entrusted to him. The second question arises from the first: if you still needed to answer in the form of a letter and exclusively with Patrushev’s help, did Patrushev all say about the content of this letter itself? If, again, remember what position Nikolai Patrushev holds, then some doubts creep in that “building further dialogue” and “mutual trust” are the leitmotif of President Putin’s letter. Unless, of course, Putin himself simply decided not to play up to Obama in the senselessness of the epistolary genre, when all his (genre) “secret” direction suddenly becomes public property, and even issued a person who, by definition, should be more cautious in his statements about the content entrusted him the documentation.

If we assume that Vladimir Putin is not playing up to Obama, and doesn’t like “question-and-answer with continuation” correspondence, then we can assume that Patrushev told, to put it mildly, not all the content of the letter. This fact is indirectly confirmed by the fact that when journalists asked the Secretary of the Russian Security Council whether the situation in Syria was touched upon in a letter by Vladimir Putin, Nikolai Patrushev decided to leave this topic without comment. That is, the issues related to the need for mutual control of nuclear potentials and the US missile defense system commented willingly, but the Syrian situation is not.

I do not want to put forward some conspiracy assumptions, but are not Putin’s words that Patrushev brought about preventing new “irritants” from appearing that Putin warns Obama not to solve the Syrian issue according to the Libyan or Iraqi scenario ... Obviously, the invasion of Syria of NATO the troops and their allies, or the creation of a no-fly zone over this state with all the consequences, is the new irritant that can bring the situation in relations between Russia and the United States to a white heat. Was this the main keynote of the letter of the Russian president, considering that not so long ago in the USA it was decided not to implement absolutely all the steps of the adaptive approach to deploying the European PRO? Well, at least, the level of financing of the project on the European missile defense system has decreased, as evidenced by the documents published by the press service of the American legislative bodies. If this is not a large-scale bluff, then the problem of European missile defense really recedes into the background, and in the foreground remains the ongoing war in Syria, which puts at stake whether Russia will be able to defend its interests in this region, or will it all end with the American “wow! "As in the case of Libya ...

For some reason, it is the Syrian question that is seen today as more important for discussion between Moscow and Washington, since it is he who to a greater degree demonstrates the tension between Russia and the position of the West. Although other critical issues in the Russian-American relations have accumulated a lot. It is time to speak honestly and openly about their decision. Whether the Russian and American authorities are ready for this - we will find out in the near future.

Now the leaders who correspond with each other will finally have the opportunity to discuss all the accumulated problems, as they say, in person. This opportunity for Putin and Obama will provide Northern Ireland, where the next G8 summit will take place. This time the leaders of the G8 countries will meet near the Northern Irish town of Enniskilen - at the golf resort of Lough Erne. I would like the name of this resort (given its Russian-speaking sound) to have no effect on the role in the summit of the Russian delegation, whose aspirations at many recent meetings foreign partners took into account, but then acted exclusively in their own way, then asked in letters to be more flexible and democratic ...