28 May 2013
23
By the Day of the Border Guard, I want to talk about two cases, or stories, as you like. I myself was born, grew up and live in one of the settlements of the Far East, one side of which smoothly passes and rests on ... SIS. The system of engineering structures, for those who do not know. These are rows of barbed wire, PCB - control and successive strip, and a number of other problems in terms of assistance in protecting the state border. Behind the PCB are our fields and just as smoothly into the Chinese fields. Now it is clear that the border with Russia and China. At present, the Chinese side has also installed its own “fence” of beautiful, granite pillars with rows of barbed wire. 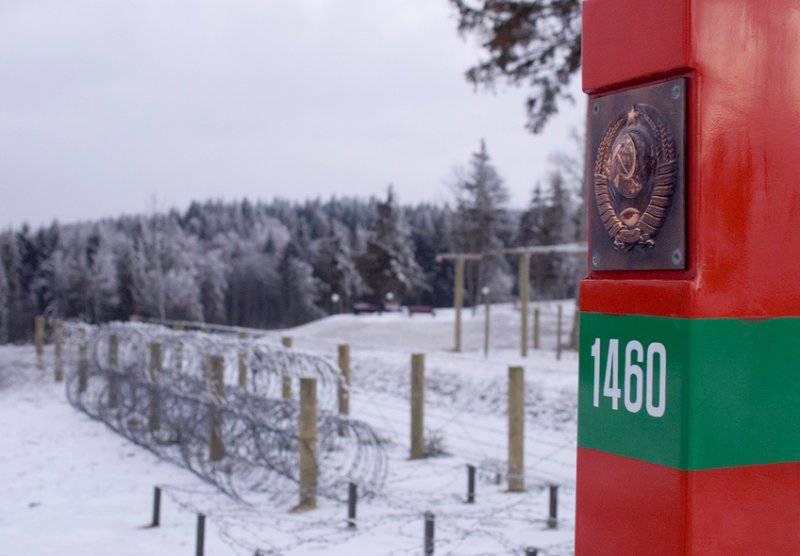 When did this happen история The PCB was only ours, i.e. Soviet.

This I take you to distant 70-80. And only our border guards guarded the border. Nobody to China and no one from China. They guarded both themselves and the Chinese. So, for one N-GPPP - frontier post, N-border frontier detachment, they transferred to the post of chief of the frontier post from another outpost that had already served to serve, Art. That's what we call Alexander. The name, like everything written, is real.

One of the following days, the new head of the zastava, after throwing outfits at the border, was returning to the “shishige” or “shekhe” and, in a scientific manner, GAZ-66 home to the outpost. We drove around the line. The head of the new, border section has not yet been studied, but the soldier who was driving the DMB was at the wheel. Autumn is conditional for border guards, as a rule, the guys left late, until they give up the position, while they send people from the training, while they “pull” people to the position ... Well, if you got home by the New Year.

They go and see that on one of the fields is a group of Chinese. In those years you cannot look at them without tears. It is not known what more on them, holes or clothes. Alexander commands "Left! Take the Chinese!" The driver, as taught, implicitly fulfills the order. A couple, three minutes and they jump to a group of Chinese. Those zapotat something on his "bird", to listen to once and did not understand what they "laptoch" Jumped out, who was tied, who ran away. They threw violators on the floor "Shokhi". They're coming, they saw a group of Chinese in front again. Alexander again gives the command - "Take!"

This time, the laconic Siberian driver says: "Comrade Senior Lieutenant, we will find a lot of them here, we are on the CHINESE SIDE!" And as described above, our fields, and the Chinese were nearby, separated them at best, the primer, i.e. dirt road.

They let out the Chinese, arrived at the USPP, and then it began. The Chinese, of course, very quickly reported everything to their respective bodies, and ... the Chinese call for negotiations. Threw a flag on his tower. Conversation. A note of protest with all the consequences for Alexander. Saved him, that was new, did not know the border. So, after that, Alexander falls into HISTORY. "The history of the Border Troops of the KGB of the USSR".

These are very voluminous books and works from all the borders of our former USSR. And about him there are several lines in one of the books. Maybe someone will read it and understand that what I wrote is not a bike, but a living story.

And if you are not tired of reading, briefly about the second case from the life of the border troops. She also happened to my friend, his name is Vladimir. This time, it was very far from our places, in Afghanistan. He gets into one of the mangroups (maneuverable group), the commander of the unit "boots". The slang of fighters is LNG-9. The guys fired a lot, ammunition was just as much, did not count. And I must admit it was not for nothing, and the calculations were shot at "excellent."


The fighters themselves, with the help of a file, a hammer and some kind of mother, altered the sighting devices to increase the firing range. In the dispute, and at stake the bank "condensed milk," fell into a wild camel or "spiritual" runaway horse at the range limit, with one grenade.

In one of the operations to destroy the caravan with weapons, Vladimir with the division of "boots", fired fragmentation. They piled on the glory of "spirits", and they went to Pakistan, the border was near. And the guys, fascinated by shooting, began to beat on Pakistani territory. Followed by the command "Stop the fire!" was already belated. And as one of the belated grenades, they saw into the optics that they got into the "spiritual" hut. Grenade at the end of the trajectory just flew at the door. Explosion. Pieces of something, someone, etc., that accompanied the gap "smoke, stench, then fire!"

Unfortunately for Vladimir, high authorities from the Union attended the neighboring slopes. There were such "fathers commanders" who came for a short time, some were behind the order, some were in office, some were in rank. Well, God be their judge! But they also had binoculars and they saw the end of this operation.

International scandal !!! Volodya for one place, and in the Union. Shoulder straps from the shoulders. Sledak has already started a case, rubs his hands, there is a “daw” to him too. Volodya got ready for the worst. Whether the joke is a tribunal. But ... there is a Guardian Angel for our hero. Comes cipher. It turns out that ours and not ours (Khadovskaya) intelligence, give them all health, learned that in that sakle, where the grenade had landed, there was a "gangbang" of irreconcilable religious leaders. They just gathered to drink tea, then they waited for the result from the caravan passage, only they started what kind of nastiness against us, now nobody knows for sure. But this gap was cut by about a dozen "spirits", and as it was not simple. They were there before the darkness buried their "majee".

Our Vladimir epaulettes in place and in Moscow. Handed over the Red Star. True apologies have forgotten, but at that time it was important ...

All the guys of the border guards whom I know, and a couple of platoons will be recruited at least with a holiday. Happy Border Guard Day! Health, health and health again, and the Motherland and friends will not forget.

Ctrl Enter
Noticed oshЫbku Highlight text and press. Ctrl + Enter
We are
The hunt for the BlackbirdDamansky, Dulaty, Zhalanashkol - unknown pages of the history of the Soviet-Chinese conflict
Military Reviewin Yandex News
Military Reviewin Google News
23 comments
Information
Dear reader, to leave comments on the publication, you must to register.