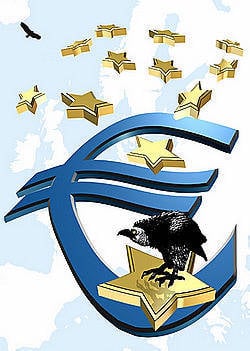 Putin’s last commentary on the “Nezalezhnoy” was made by him while he was talking to the country and concerned Ukraine’s entry into the Customs Union. What did the president of Russia say, causing a “storm”, comparable in scale only to the war against TV presenter Ivan Urgant? What offended the "authoritative" "political politician" and "svidomuyu" part of the public?


And he said something that has been known for so long. That the issue of joining the Customs Union should be determined by the Ukrainian people, not Russia, that the benefits of such integration are calculated by the Ukrainian scientific institutions, and that in case of refusal of integration, our country is expected to deindustrialization. As seen nothing new. But the hornet’s nest was disturbed and comments began to fall down. It is a characteristic fact that the authorities, who do not tire of telling their voters about how it “strengthens” its fraternal ties with Russia, and the opposition in this regard came out in a united front. Breast can be said have become to protect European integration.

“You notice that there is no queue in the vehicle! And in the EU there is such a queue! We all understand that good pensions, economic growth is possible only where there is democracy, the protection of human rights. If we want to be in the vehicle, we will be accepted there at least tomorrow. But in the EU, to become a full member, you need at least ten years to fully meet European standards. Therefore, the advantages are evident where they are, ”said Verkhovna Rada deputy Vladimir Oliynyk of PR.

“The benefits from the EU may be greater in the future. And Putin argues according to the principle: die today, not tomorrow. The CU is a bird in the hand, but the EU is a crane in the sky, and it can be more profitable, ”the deputy“ philosopher ”Mikhail Chechetov supported his colleague. What a tit, what a crane? Probably, Mikhail Chechetov so zealously waved his hands in the Verkhovna Rada that a rush of blood to the brain disrupted normal brain activity.

But the words of a prominent opposition figure famously patting the Ukrainian armed forces, former Defense Minister Anatoly Gritsenko: “When I had the choice to buy an old foreign car or a new nine, I chose a foreign car. When our oligarchs - and they are not stupid people - buy planes, they do not buy TU, but Boeings. Being treated go to the West, and not to Russia. See what you yourself buy: what TVs, what equipment ... That's it, there is no Russia. They eat up what remains of the Soviet Union. ” In other words, be equal to the oligarchs!

Now about the "queues", "cranes" and "Boeing", which tempt us "giants of thought." Either because of its limited nature, or because of lack of time, which it completely takes away from some “painting”, and from others “fighting”, “lawmaking” newspapers do not read. Even in translation. It's a pity. Reading activates the work of the gray matter.

What do leading European publications write? In addition to traditional reports on workers' reductions, falling living standards and other charms, the authors point out that the inhabitants of the European Union were seriously disappointed in this project, which is a serious sign of decay.

The journalist of the British newspaper The Guardian, Ian Trainor, in his article “The European Confidence Crisis” describes a dizzying fall in EU confidence in those countries that traditionally supported a common Europe. “The credibility of the European Union in the six largest EU countries has fallen to a historic low, and this makes asking important questions about the democratic legitimacy of this union in the fourth year of its worst crisis,” he writes.

The article presents the data of the European Council on Foreign Relations, the experts of which analyzed the figures of the European Barometer sociological organization. They show a staggering decline in confidence in the EU in countries such as Spain, Germany and Italy, which previously had been very active in advocating for a united Europe. The six countries where the Eurobarometer conducted a sociological study - Germany, France, Britain, Italy, Spain and Poland - are the largest in the EU. They account for more than two thirds of the population of the European Union, that is, 350 of 500 million people.

The most dramatic decline in confidence among the EU countries is noted in Spain, where there is a collapse of the banking sector and the housing market, where unemployment is rampant, and where urgent measures are being taken to save the economy. All of this together led to the fact that 72% of the population “has a tendency not to trust the EU,” and only 20% “has a tendency to trust” the European Union.

If we compare the data on trust / distrust of the EU over the end of last year with indicators 2007 year, when there were no financial crisis began, we see a sharp decline in support for the EU, which is characteristic of Britain, but much less frequently observed on the continent.

In Spain, the EU's credibility over the five-year period has decreased from 65 to 20%, and the level of distrust has increased from 23 to 72 percent.

In five of the six countries, including Britain, the level of mistrust significantly exceeds the level of confidence in the EU, while in the 2007 year everything was the opposite - with the exception of Britain.

Five years ago, 56% Germans were “inclined to trust the EU,” and now in Germany, 59% are “inclined not to trust” the European Union. In France, the degree of distrust rose from 41 to 56 percent. In Italy, where the people's faith in Europe is traditionally higher than that of the class of Italian politicians, the distrust of the EU almost doubled, increasing from 28 to 53 percent.

The author of the article cites the words of Jose Ignacio Torreblanca, head of the Madrid branch of the European Council on Foreign Relations: “The damage is so great that it doesn’t matter where you come from the creditor country, the borrowing country, the euro area member country or from Britain: it became worse all Now citizens think that democracy in their countries has been overthrown and destroyed. ”

Here you have the "tits" with the "cranes" standing in the "queues" for a ticket to the "Boeing". The data cited in the article indicate that a far more terrible crisis is occurring in the EU - this is the crisis of the political legitimacy of the association. Vladimir Putin merely offers an alternative, backing up his words with certain actions that do not go beyond the framework of international treaties and trade agreements. But so far.

Ctrl Enter
Noticed a mistake Highlight text and press. Ctrl + Enter
We are
About Stalin and KhrushchevWhat you didn't want to know about England
86 comments
Information
Dear reader, to leave comments on the publication, you must to register.