27 May 2013
130
According to Prime Minister Dmitry Medvedev, the Russian budget is already “pre-crisis”. By 2014, according to forecasts of the Ministry of Finance, the budget deficit will only grow. As a result, by the year 2015, to achieve a deficit-free budget execution, as the president of the country wanted, is unlikely to succeed. The main reason for all the small growth rate of the Russian economy. In this situation, the Minister of Finance of Russia once again offered to encroach on what his predecessor Alexei Kudrin had resigned in due time.


The very next day after the resignation of Alexei Kudrin, then-Russian President Dmitry Medvedev confirmed that in the near future the country's military spending will continue to grow. It was the disagreements on this point that at one time caused the public confrontation of the minister and the president. The president then suggested that all those who disagree with defense spending then seek other work. According to Kudrin, the planned military spending at the level of 20 trillion. rubles in the next 10 years will be an unbearable burden for the Russian budget.

At the same time, experts now and then believe that such high spending on defense is possible only by reducing other items of expenditure. So Elena Penukhina, an expert at the Center for Macroeconomic Analysis and Short-term Forecasting, believes that the growth of military spending is possible due to the reduction of government social programs and largely depends on the external economic situation. In the event that the cost of a barrel of oil drops below the 100 dollars, the increase in military spending will face serious problems. 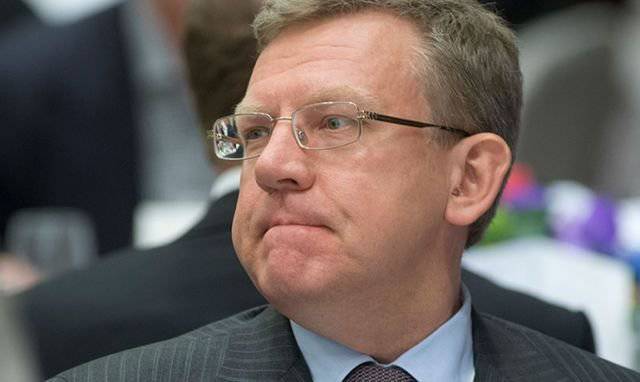 Later, after Putin publicly announced his election promises, Kudrin again noted that their fulfillment would be possible only if spending on national security and defense, as well as subsidies to industry, were reduced in Russia. This point of view was expressed by the ex-Minister of Finance at the conference, which was held at the National Research University Higher School of Economics. Kudrin noted that Russia needs to reduce defense spending by 0,5%, by national security by 0,4%, and by subsidies to industry by 2,8%. In his opinion, this would allow raising budget expenditures on such areas as road construction - by 1,6%, education - 1,3% and health care - 1%.

The most interesting thing is that in the 2012 year, and now the Ministry of Finance actually agrees with the position of the dismissed minister. According to Finance Minister Anton Siluanov, the Russian budget does not cope with defense spending. The Ministry of Finance has already asked the Ministry of Defense that part of the expenditures on the country's military-industrial complex be shifted to the 2-4 of the year. In this case, the decision on this issue will be made depending on the opinion of the military. Today, huge sums of money are being spent on the country's defense capability, unfortunately, today it is a fact from which we can not escape, said Anton Siluanov.

The reasons for the change in the Russian rearmament program were explained by Ivan Konovalov, director of the Center for Strategic Conjuncture. According to him, many contracts, especially multi-billion dollars, were concluded in a hurry. Something was not fully thought out. At the same time, a large number of contractors are involved in the execution of these contracts, not counting the lead contractors. Time has shown that a number of military contracts need to be shifted in time, some contracts need to be recalculated. Although, on the other hand, few people believe in it now. At the same time, we should not forget that the government, the Ministry of Defense, the Ministry of Finance, and the country's armed forces have national security as the most important budget item, but this is just one of its items. At the same time, it has recently come out that it is this article that takes the most budget funds. 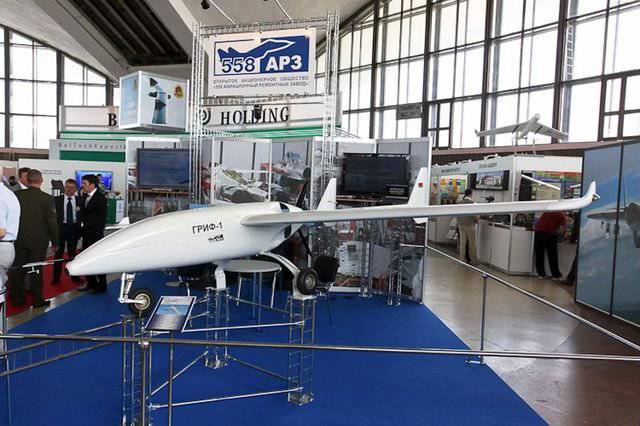 According to the chief editor of the National Defense magazine Igor Korotchenko, the reaction of the military department to the proposals of the Ministry of Finance will be generally quite negative. As where it is advised to shift the development or serial production of one or another weapon system to the 2-4 of the year, translated into Russian realities, we can speak of 5-6 or more years of delay. Today it is critically important to fully ensure the implementation of military programs, since in the 90-e and 2000-ies the financing of the armed forces was carried out, unfortunately, at the minimum level. Today, Russia is becoming a hostage to this, the state must pay its debts to the Armed Forces. Without rhythmic financing of the military-industrial complex, without modern weapons We will not be able to ensure Russia's security at a high enough level.

The Russian Ministry of Finance lowered its forecast for the budget deficit for 2013 of the year - it was previously planned at the level of 0,8% of GDP, now it is now expected to be at the level of 0,6% of GDP. The deficit was reduced due to the fact that budget revenues increased by 129,5 billion rubles, while expenditure remained unchanged, said Finance Minister Anton Siluanov. Interestingly, literally in March 2013 of the year, the Ministry of Finance complained that the 2013 budget could lose about 500 billion rubles due to the “wrong” privatization due to bad conditions for selling shares of state-owned companies and an unexpectedly large amount of VAT refunds. But now this problem seems to have disappeared.

Next year, the budget deficit of 2014 will be at the level of 0,6% of GDP, but this is already a negative outlook, as the Ministry of Finance previously expected that in 2014 this figure could be reduced to 0,2% of GDP. However, this will not be done, since in 2014, a decrease in both oil and gas and non-oil revenues of the Russian budget is planned. The decline in revenues will be about 650 billion rubles, while maintaining at the same level of all budget expenditures, said Siluanov. 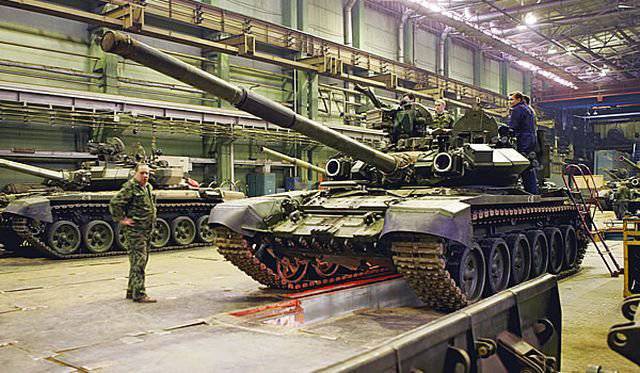 The Ministry of Finance cannot reduce budget expenditures in the event of a decrease in revenues due to the current budget rule. The main financiers of the country can only cut the so-called conditionally approved expenses, which next year will be about 350 billion rubles. According to Anton Siluanov, these funds can be reduced to ensure a balanced Russian budget.

At the same time, the growth of the budget deficit next year makes the fulfillment of Putin’s campaign promises practically impossible. Earlier, the Russian president said that by 2015, the country's budget would become deficit-free. At the same time, according to the forecasts of the Ministry of Finance, in 2015, the Russian budget deficit compared to 2014 in the year will even grow and will be 0,7% of GDP. The revenues of the Russian budget in comparison with the plan will decrease by 951 billion rubles, expenses will be reduced by 400 billion rubles due to the part of conditionally approved expenses, said Anton Siluanov. In 2016, the Ministry of Finance also forecasts the execution of the country's main financial document with a deficit - at the level of 0,6% of GDP. However, Anton Siluanov noted that the figures announced so far are a preliminary forecast.

However, apparently, Prime Minister Dmitry Medvedev shares the pessimistic forecasts of the Ministry of Finance and the Ministry of Economic Development of Russia. So he acknowledged that the Russian budget, in fact, is pre-crisis. For this reason, financing of some regional projects may be stopped soon. First of all, we are talking about investment projects, for which private investors were involved. Currently, some governors have already appealed to the federal center for help with these projects, but in some cases the government’s obligations to private investors to co-finance projects will be suspended due to the “difficult” Russian budget, the prime minister said. At the same time, Dmitry Medvedev does not exclude that such actions may entail recourse to the court, but nothing can be done about it. 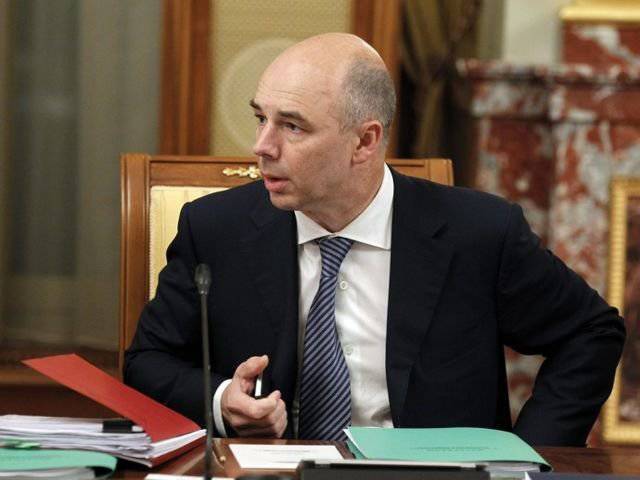 In turn, the Ministry of Finance, in order to improve the situation of the Russian budget, appealed to the military with a request to postpone part of the expenditure on the state armaments program to 2-4. It was done quite gently. “At present, we are considering the possibility of transferring a part of expenses from the Ministry of Defense. If there is such an opportunity, it’s good; if not, it means no, ”noted Anton Siluanov. The lack of pressure is easily explained. First, still quite fresh. история about how Alexei Kudrin lost his post because of disagreements on the growth of defense spending. Secondly, the current budget rule interferes. Recall that in 2010, it was announced that before the 2020, Russia is going to spend on the development of the army and the acquisition of new types of weapons about 20 trillion. rubles.

However, as early as in 2012, the Russian government began discussing the possibility of transferring approximately 20% of expenditures under the state armaments program over the 2013, 2014 and 2015 years to a later date. Then, Anton Siluanov, instead of part of the budget, suggested that the military use bank loans against state guarantees, as well as interest rate subsidies. In turn, the current Minister of Defense of Russia, Sergei Shoigu, according to unofficial information, back in March 2013, ordered the commanders of the families and types of troops before April 1 to prepare their proposals for reducing expenditure items.

Alexander Konovalov, President of the Institute for Strategic Assessments, believes that Russia still lives under the Soviet slogan “You can’t save on defense,” but this is wrong, you can and should save on it, then that if you invest most of the money in the military-industrial complex, the economy will succeed destroy much more successfully and faster than a likely opponent of our country would have done. In today's defense spending in Russia there is a significant social component (for example, the construction of housing for military personnel), but the defense order in the amount of 20 trillion. rubles - this is a huge number, which at one time hit even Putin. According to Konovalov, Medvedev, when he was president, treated the military-industrial complex as if it were a soda machine: how many coins you throw at him, how many cans he will give you. In fact, the Russian defense industry may simply not digest such a huge budget. 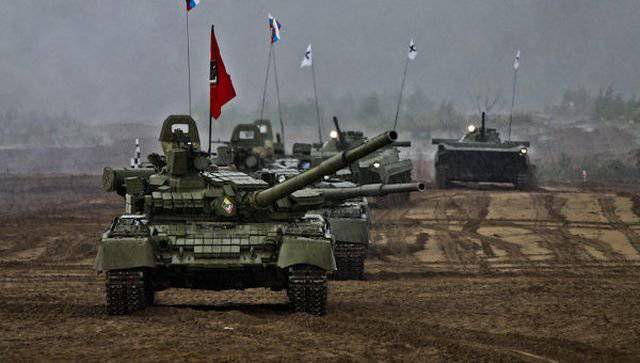 The Russian MIC, first, requires prioritization (do we need to get everything at the same time by 2020, do we need costly projects such as the Mistral), secondly, it is worthwhile to carry out a procurement reform in the MIC and go to the system of subcontracts market mechanisms. In addition, it is necessary to solve the problem of corruption, to work on the development of a contract army, in order for modern weapons systems to be managed by professionals, it is necessary to carry out systemic reforms that are not limited to simple infusions of trillions of budget funds.

Ctrl Enter
Noticed oshЫbku Highlight text and press. Ctrl + Enter
We are
What is behind the revision of the program of rearmament of the Russian army?Russia ranks third in arms costs
Military Reviewin Yandex News
Military Reviewin Google News
130 comments
Information
Dear reader, to leave comments on the publication, you must to register.