The shooter chooses a cartridge

28 May 2013
29
Developed at the department of "Shooting guns" TSU under the leadership of Valentin Alekseevich Vlasov selective power supply system weapons allows you to use it at the same time two different types of ammunition. The shooter himself chooses which one to use at the moment.


The designers have been working on systems for the selective supply of small arms for quite some time. At present, 30-mm automatic guns 2А42 and 2А72 with ribbon selective power are already serially installed on light armored vehicles. In these guns, two ribbons with different types of ammunition (high-explosive and armor-piercing-incendiary) are charged, for each ribbon a different feeder is used. Switching is performed by turning on the feeder of the desired tape.

The Belgian company FN at the beginning of the 80's. developed the machine gun BRG-15 with selective power. To improve the efficiency, a new cartridge of the caliber 15.5 mm was developed with a high initial velocity of the bullet (mass 50 g). In order to increase the flexibility of tactical use, a circuit with switchable double belt power with an additional mount for optical or night sights was chosen.

In South Africa, in 1991, a Neostead 12 caliber two-magazine battle rifle was created for hunters, as well as army and police units (Figure 1). This gun uses two tubular nadstvolnye shop, with a capacity of six rounds each, located horizontally. Reloading is carried out by the muscular strength of the arrow when moving the forearm back and forth.

The presence of a dual store with a choice of food in combination with the configuration of the bullpup allows tactical flexibility to use weapons: combine ammunition. The big disadvantage of this gun is the impossibility of switching to the second magazine before the selected one becomes empty. 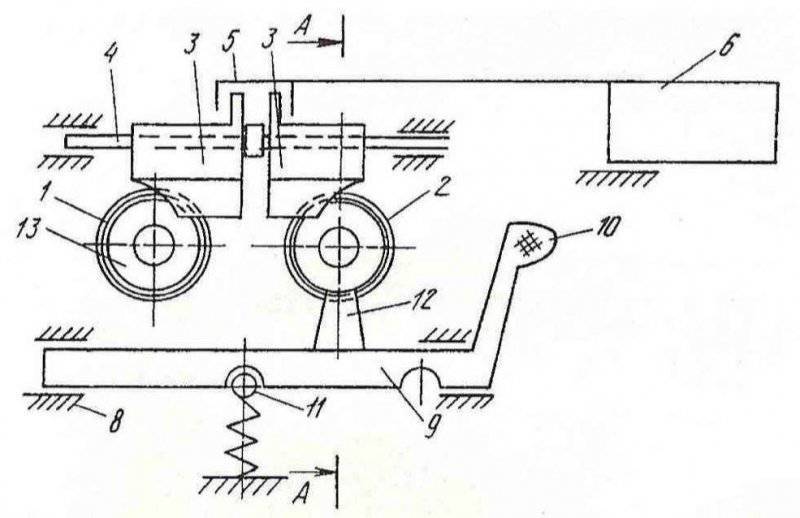 In 2010, the American company Kel-Tec for the civil and police market presents the Kel-Tec KSG rifle (Fig. 3). The gun is made according to the “bullpup” scheme and uses a pump-driven reloading circuit with a movable forearm. Two stores are located under the barrel. The switch is located on the underside of the box behind the pistol grip — which is why the shooter will have to release one of the hands, either by releasing the handguard or removing the hand from the trigger, to switch the magazine. The disadvantage is the inconvenient location of the store selector and the lack of automatic switching after the selected store becomes empty.

In Russia at the present time there are no weapons with a choice of ammunition. However, the department "Shooting guns" (SPV) in TSU is actively working to create samples of hunting and traumatic weapons with selective power. Already thought out are different design solutions for store selection mechanisms, supply mechanisms, and different weapon layouts with two magazines. Three patents received. One of the patented store selection schemes is presented in Fig. 2, where you can see that by moving the 3 selector, the shooter closes only one magazine.

There are studies of shotguns with two fixed shops above the barrel, located horizontally (fig. 4), and with two fixed shops under the barrel, located horizontally. To test the operation of the selective feeding mechanism, a prototype of a pump-type hunting rifle with two shops located under the barrel (one above the other) was made at the Department of PWV. The magazine selection switch is located on the right side and moves up and down, including the top or bottom magazine. To reduce the loading error, the upper magazine is filled through the window on the right side, and the lower one into the window at the bottom of the box.

The Tula Instrument Design Bureau of the city of Tula created an assault rifle RMB-93 and its civilian version “Lynx”. The single-barreled shotgun, reloads due to the muscular strength of the shooter by moving the forearm back and forth and is equipped with a self-cocking trigger mechanism. The cartridge is fed from the magazine to the line of fire and the cartridge case is reflected with the help of a rocking descendant as the barrel moves forward.

Now on the basis of a serial hunting rifle "Lynx" in the framework of the Regional Research Laboratory of Schoolchildren and Students at TSU, in the Student Design Bureau (SLE) at the Department of SPS, a sample is being developed with two stores located above the barrel (Fig. 6 and 7). A three-dimensional model of a rifle with selective powering of an 12 caliber has already been developed, where 90% of parts are from the standard “Lynx”, and only the power supply system changes.

The use of selective power will allow: to increase the capacity of stores twice, will give the opportunity to have two different types of ammunition, ready for battle, and switch between them, will increase the rigidity of the structure with minimal changes in design, size and weight.

In addition to hunting weapons, the use of selective power is also relevant in traumatic weapons. 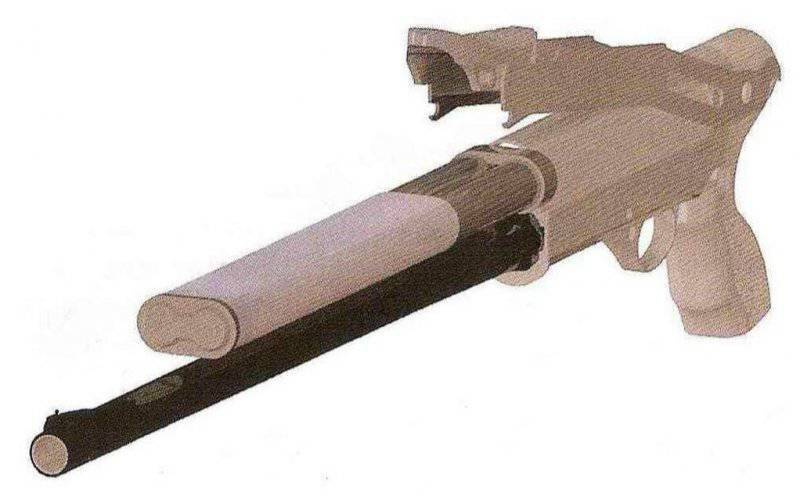 Civilian weapons for self-defense can be divided into two groups - a barrelless weapon and a gas weapon with the possibility of firing rubber bullets.

The second group is more diverse and is represented here not only domestic (Makarych and Naganych pistols - cal.9 mm), but also foreign (“Walther”, “Stalker”, etc.) samples. 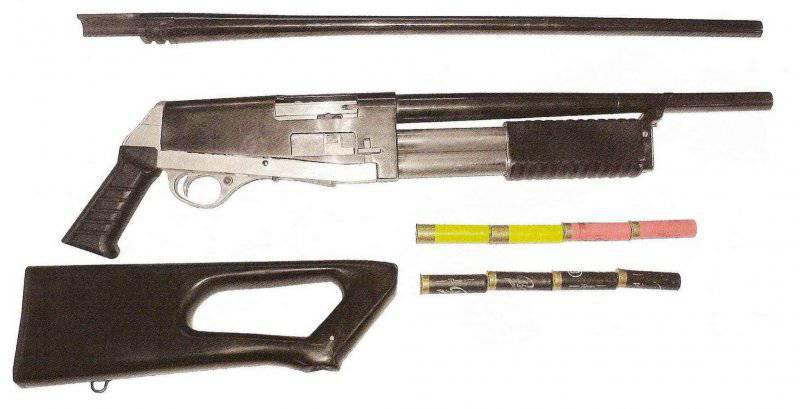 Fig. 5. A prototype weapon with selective feeding, created at the department of SPV

Fig. 6. Location of shops on a carbine with selective nutrition, created on the basis of the carbine "Lynx"

Fig. 7. The appearance of the sample gun 12-caliber with selective power, developed on the basis of the carbine "Lynx"

The stopping power of 18x45 cartridges is better than the 9-mm cartridges used in the “rubber arrow”. This is due to the fact that the former have a contact area with a target of approximately four times more ammunition than the latter. Therefore, if the specific energy of the bullet is equal (for traumatic cartridges used in the Russian Federation, the specific energy of the bullet should not exceed 55 J / mm2), the bullet of the cartridge 18x45 is less likely to inflict a penetrating wound, and therefore more fully uses the accumulated impulse to stop the attacker.

However, the indisputable advantage of a barrel-shaped traumatic weapon over a barrelless weapon is its multiply charged (magazine capacity is at least six rounds). This allows the "rubber shooters" to compete successfully with a barrelless weapon using a more effective cartridge.

A variety of manufacturers "rezinstrelov" has created a variety of ammunition in the market for them. The situation with cartridgeless weapon cartridges is somewhat different. At NIIPH (Sergiev Posad) a light and sound cartridge 18x45 was developed, which is fundamentally different from other traumatic cartridges. In it, instead of a bullet, a projectile serves as a special substance, which, when ignited by gunpowder, blinds the attacker when fired. Also created lighting and signal cartridges. The scope of solitary trauma expanded significantly with the advent of new ammunition. In this situation, a selective power supply system is not at all superfluous for gunless pistols.

The model of a traumatic self-defense weapon with selective power, developed at the department of SPV, has the following dimensions: 291x140x56 mm, weighing approximately 1,5 kg.

In fig. 8 shows the appearance of a barrelless traumatic self-defense weapon with selective feeding. As can be seen from the figure, it is a pistol grip with guides along which the handguard moves. Double-row holder is located above the false-trunk. The sample also has a retractable stock for tighter retention of the sample when firing.

A comparison of the designed sample of a barrelless traumatic self-defense weapon with existing counterparts of a traumatic weapon shows that it has several advantages. Firstly, it uses the most effective cartridge 18x45. Secondly, the clip is designed for eight rounds, which is at least twice as large as that of the existing gunless weapon. And thirdly, selective feeding allows you to have two types of ammunition on “combat duty” at the same time. This is not one of the analogues.

This model is ideal for arming the employees of private security companies, watchmen, special forces for law enforcement, etc. If desired, you can carry it in the glove compartment of the car or keep it in the country.

The current situation in the market for gunless traumatic weapons contributes to the development of tubeless traumatic weapons with selective feeding. It allows you to maximize the use of the full range of ammunition on the market and, therefore, makes it possible to provide maximum protection to its owner while avoiding the unreasonable infliction of grievous bodily harm to the attacker. 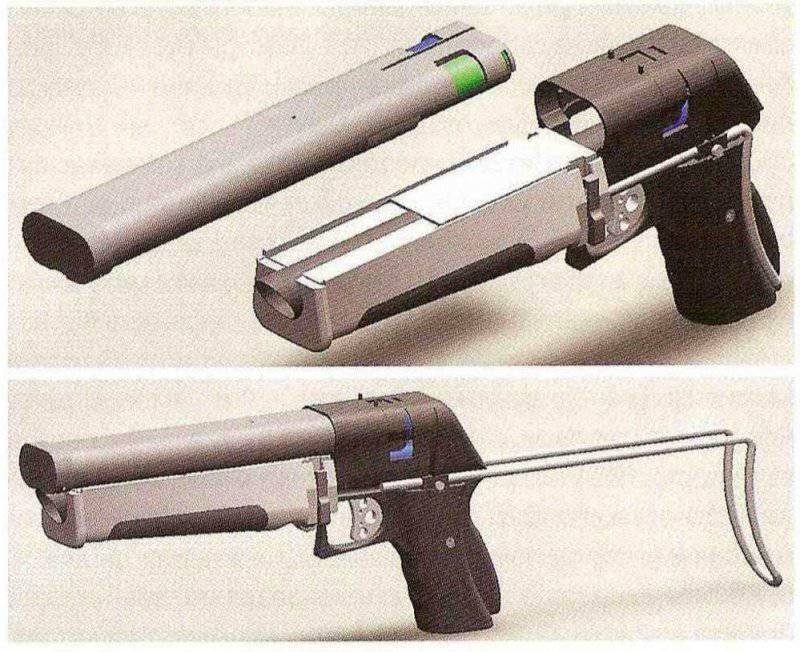 Fig. 8. Model of a traumatic gun with selective power, developed at the Department of SPV