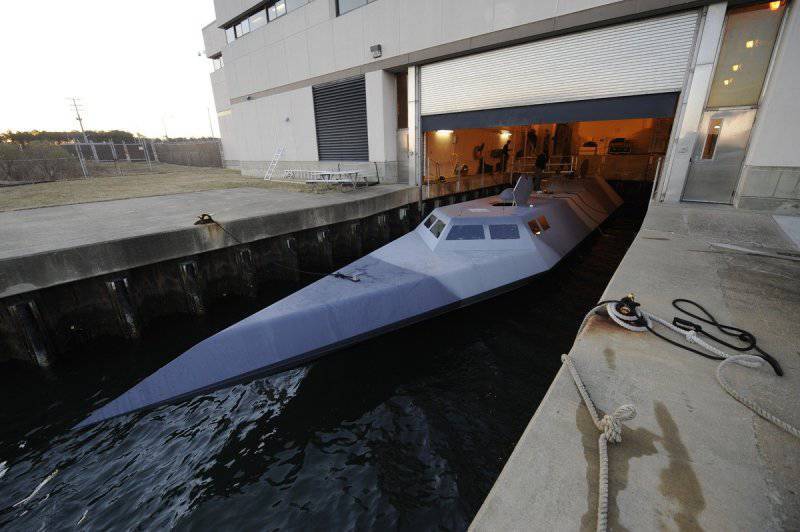 The patent was filed in the 1990 year, but the first boat, now known as the Alligator-class, was not produced until the middle of the 1990's. After testing with the US military, the Alligator was handed over to the Israeli military. Illustrations from 1993 patents (US patent 5215025 related to K10 Corporation) 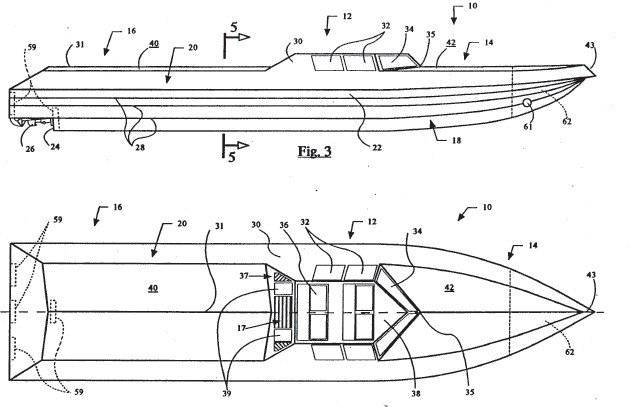 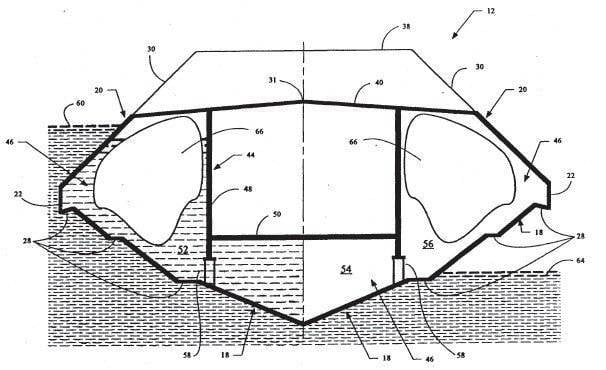 These boats are similar in concept to the North Korean SILC boats. But compared with the known SILC, they are about two times larger. Unlike the later North Korean I-SILCs, they are not fully submersible. 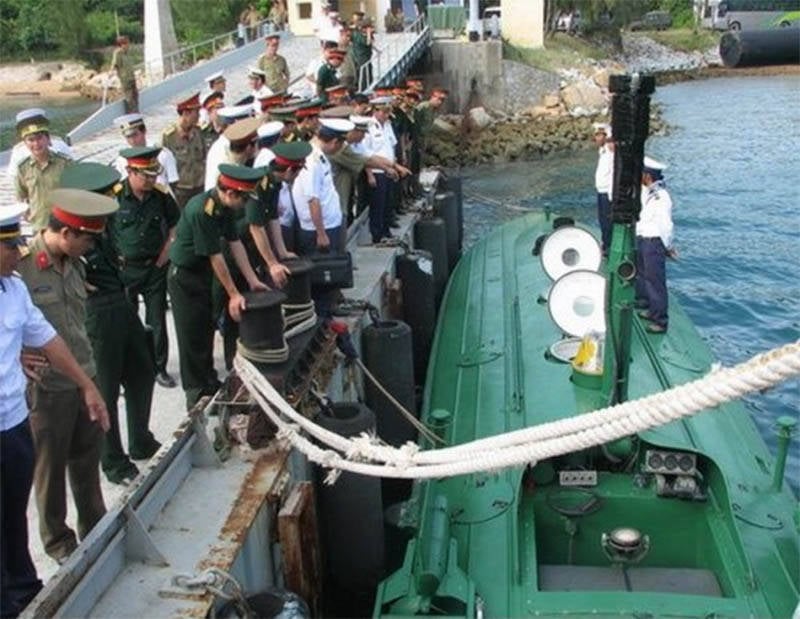 The rear cabin is removable, and the boat is often depicted with a large crew, which changes its overall appearance.

SEALION was originally proposed as an advanced technology demonstration concept (ACTD) in the spring of 2000. 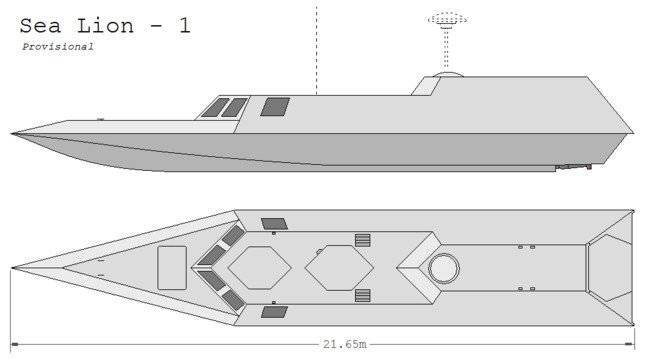 SEALION is a technology demonstrator project led by NAVSEA and the Design Group surface ships (SEA 05D1). SEALION II is currently promptly managed by the Naval Special Warfare Group (NSWG Team 4) at the naval base in Little Creek, Virginia. He was taken to Little Creek in January 2003.
SEALION II was developed by Naval Surface Warfare Center (NSWC), and was built by Oregon Iron Works Azimuth Inc. of Morgantown, West Virginia.
This is a multi-purpose, high-speed, unobtrusive boat designed to perform a variety of missions.
In many respects, it looks like the Alligator boat, which found its use in the Israeli army, and Mark V, the boat that is currently used for such missions in the US Navy. 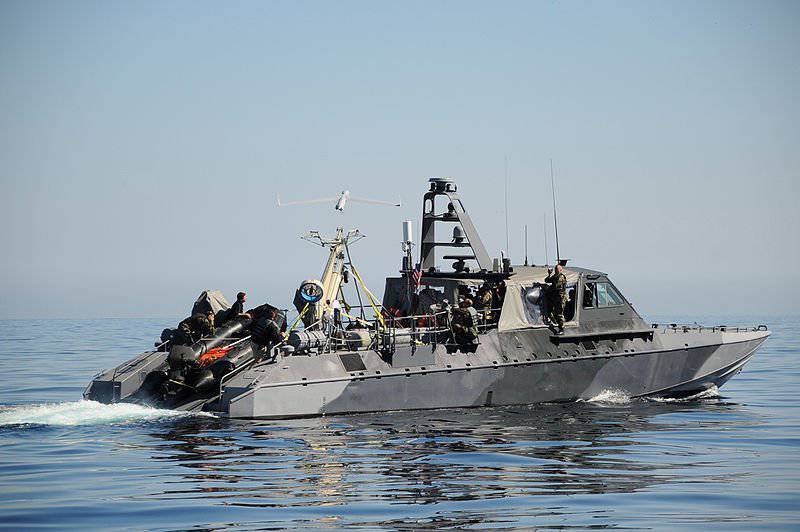 There are, however, significant differences. Both the Alligator and the Mark V have open decks at the stern, while the SEALION is completely closed, which serves as a shelter for the crew and passengers from bad weather or enemy fire. It also allows passengers to move around the boat unnoticed by prying eyes.

The body of SEALION is made of aluminum alloys, weight is about 72 000 pounds, has 71 feet in length - 11 feet shorter than the Mark V, which allows SEALION to transport it to the C-17 Globemaster. Mark V requires the C-5 Galaxy, which is larger and needs a larger runway to take off.
The Navy has the 20 Mark V (for the 2004 year), which are divided into 10 units. Each squad consists of two ships. A squad can be delivered quickly by two C-5 Galaxy or surface ships. Each squad can turn around within just 48 hours after receiving a notification and be ready for operation within 24 hours from the moment it arrives at the advanced operational base.
Each of them (Mark V) can carry up to 16 passengers, including a crew of five,
consisting of Special Warfare Combatant-craft Crewmen (SWCC).
Boat Mark V began to operate in the 1995 year, the gradual write-off of which began with the 2008 year.
SEALION, however, is not a potential replacement for the Mark. There is no comparison between them. SEALION is a technology demonstrator that can be useful in creating the Mark V replacement.
At SEALION, they abate (by 2004 a year), including measures to reduce the percentage of injuries, which is not uncommon when the boat is running at a speed of more than 40 nodes. On Mark V, this indicator reaches 25 percent.
The decrease in the percentage of injuries is also due to the improvement of seaworthiness in comparison with Mark V
Officials also refused to discuss the sea lion engines, but they noted that it is capable of developing speeds comparable to the Mark V.
In December 2003, the US Navy signed a $ 6000000 contract for the second version of SEALION.
SEALION, however, soon (in 2004 year) may receive some competition. The Naval Research Authority awarded $ 2.36 million in grants at the University of Maine's Advanced Engineered Wood Composites Center to create a successor to Mark V-Mark 6. 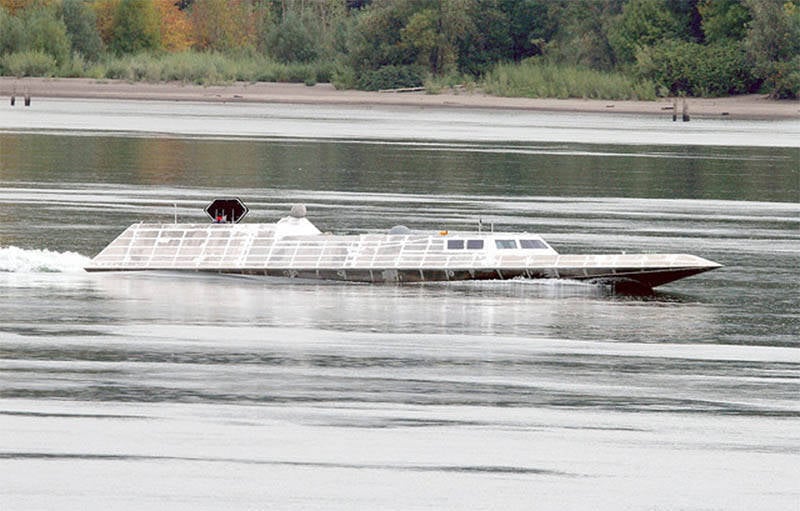 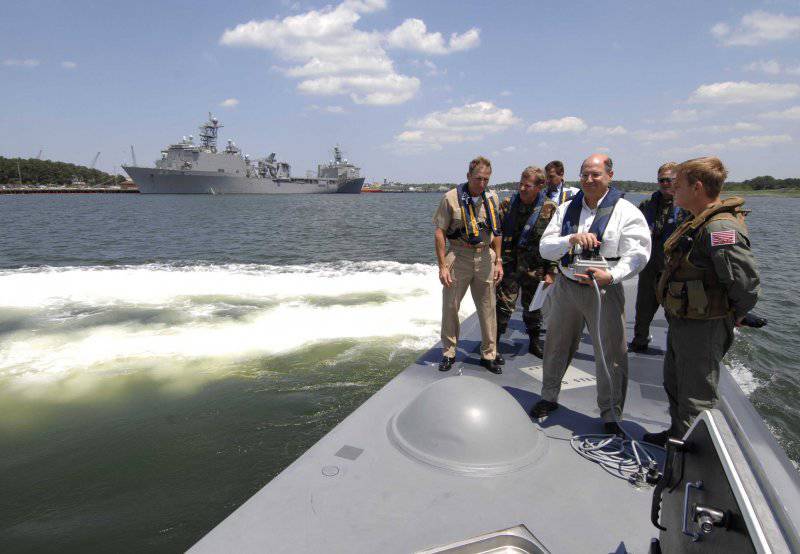 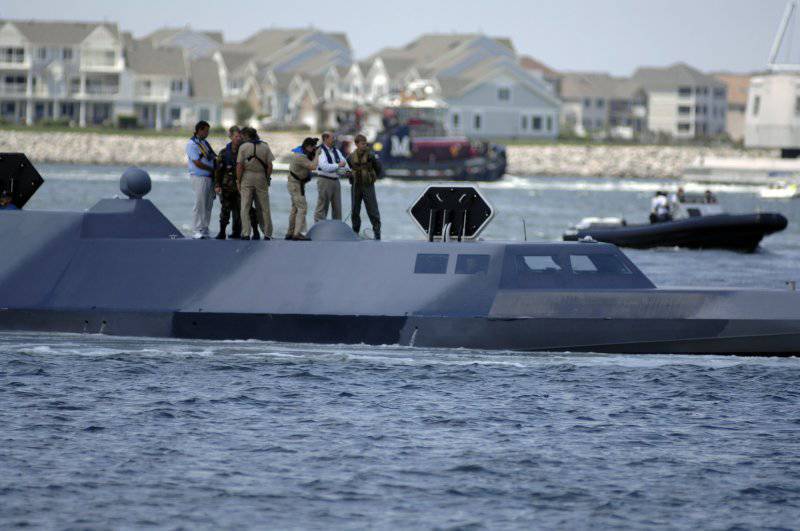 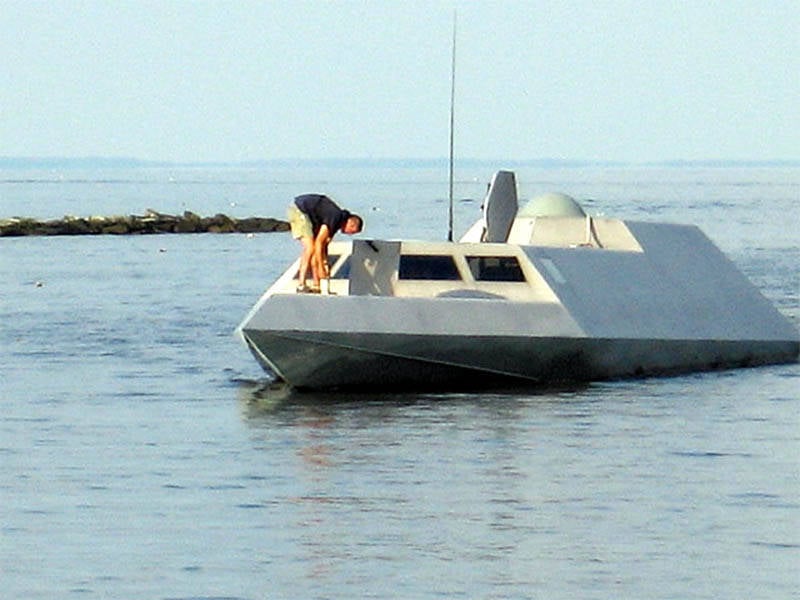