Substrates, or catching live bait Why is it dangerous to sell secrets to someone else's intelligence? 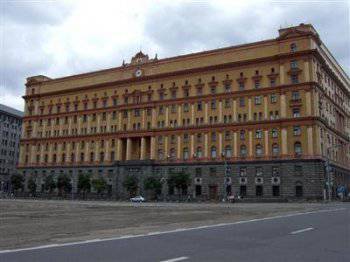 For spying punishment is always harsh. Only for trying to sell secret information to foreign intelligence, even in democracies, are given large prison sentences. And still, fans are not translated to make money by selling the secret entrusted to them.


The AN reviewer asked for comment on the recent spy scandals of the experienced counterintelligence officer Oleg Samoilovich POPOV.

This spring military policeman from Alaska William Colton Millay was sentenced to 16 years of imprisonment for transferring secrets of the American army to an FBI agent under cover. The counterintelligence officer presented himself as an experienced “Russian spy”. According to the investigation, the hapless cop pecked at this bait and tried to sell the "Russian diplomat" top-secret information about the F-22 aircraft.

And the question immediately arises:

“Where does a military policeman, in fact, a simple guard, have private information about a military plane?”

Lieutenant Colonel Popov is not surprised by this:

- No wonder they say: that you are guarding, that you have. Milley served on united the base of Elmendorf-Richardson in Alaska, which is the largest US base in the Arctic. There is the command of the army and the US Air Force in the Pacific. Surely he had a lot of contact among the pilots, technical staff, and possibly among the staff. Whiskey brings everyone together.

- Military policeman was an alcoholic? - again surprised columnist "AN".

“At least his defense claims that with the help of whiskey, he tried to solve his psychological problems,” the Russian counterintelligence officer opens the American newspaper. - After heavy service in Iraq and South Korea, he was allegedly morally depleted and severely angry with the army and America as a state. So I wanted to make money on treatment. And good psychoanalysts in the United States are very expensive.

“As a result, he did not receive a cent, and he even got such a huge prison term.” For what? He did not kill anyone and did not rob ...

But Oleg Samoilovich did not agree with the journalist:

- Treason and betrayal are always and everywhere considered the most serious crimes. The American military tribunal was going to sentence the traitor to 19 years, but the period was somewhat reduced due to the pre-trial agreement. Millay fully admitted his guilt.

- On what the failed agent of the Russian intelligence was pierced?

Lieutenant Colonel Popov began to translate an article from an American newspaper:

“Judging by the materials of the case, the FBI’s attention Millay drew 2011 in the summer of the year when he sent an e-mail to the Russian media with questions about the armed forces, and called the Russian embassy in the United States several times. The FBI conducted a special operation, during which the agent introduced himself as a Russian intelligence officer and made an appointment to Millau at a restaurant in Anchorage. There he talked about dissatisfaction with the US Army and offered to sell the military secrets he possessed. True, two days later Millay came to his senses and came to the authorities with a confession. He said that "Russian spies" tried to recruit him. But it was too late. This did not impress the FBI, who felt that Millay had thus tried to remove suspicion from himself.

- I heard that our confession is a mitigating circumstance. Is it true that a spy who voluntarily surrendered to the FSB may even be released from prison? - asked the columnist "AN" of the Russian counterintelligence.

“If he didn’t do any serious harm, then of course he did,” answered Oleg Samoilovich. - This rule is spelled out in the law.

"Moles" - the first victims of suspicion

In spy games like bait fishing, sometimes not only naive police, but also professional intelligence officers are caught. Recently convicted in Prague. As established by the investigation, a high-ranking employee of the Czech special services Milan Sh. offered to buy secret information to embassies Russia, Ukraine and the DPRK. Intelligence agents he offered to pass for 800 thousand. kroons, and for full-scale cooperation with foreign intelligence agencies demanded one million crowns and 25 thousand euros.But to deal with the "mole" in the Czech intelligence in foreign embassies, apparently, were afraid. Nobody was interested in his offers, except for local counterintelligence. In the course of the operational combination, the Czech special services revealed a traitor. Recently, without fanfare, he was convicted on eight years of imprisonment.

Podstavta fear in all intelligence agencies of the world. Especially suspected in the double game of the so-called "moles" - traitors in the special services of other countries. For example, few people know that the colonel of our intelligence Oleg Penkovsky three times offered their services to the CIA, and they at first shied away from him like the devil from the incense. Suspected the bases of the KGB. And only in 1961, the "intelligence" was picked up by British intelligence. She later shared valuable loot with the CIA. There he was assigned a pseudonym Hirow (Hero), and in the ICU was designated by the conditional name Yoga.

However, Penkovsky in MI-6 and the CIA had other pseudonyms, and one of them - Young (Young). Intelligence for the purpose of conspiracy often change the nicknames of agents. But often it does not save them from the sad end.

The most famous case of manic suspicion is associated with the head of counterintelligence of the CIA By James Angletonwhich in 60 – 70's of the past century simply obsessed with vigilance and suspected in a double game literally everyone.

And the most famous victim of this maniac was the Soviet defector. Yuri Nosenko. The officer of the Second Central Board of the KGB of the USSR (counterintelligence), the son of the shipbuilding minister, he voluntarily went over to the enemy and expressed a desire to cooperate with the CIA. However, Angleton, suspecting a trick, began to interrogate the defector with passion, and this nightmare lasted as much four years and eight months. Most of this time Nosenko was kept in a concrete basement, stuffed with psychotropic drugs, deprived of food and sleep, in a word, they used purely Gestapo methods. And all for what? To achieve recognition in a dishonest game. As a result, life was mutilated to him, but they did not split the alleged double agent.

By the grace of Gorbachev and Yeltsin

However, sometimes the fate of traitors are not so sad. Lt. Col. Popov told history Vladimir Potashov. There are different versions of his recruitment.

According to one - the Americans recruited him "on the woman." At an international conference in Tallinn, a scientist from the USA and Canada Institute met a pretty American student. The dispute ended in the girl’s room with a banal honey trap.

But Oleg Samoilovich claims that Potashov himself offered his services to the CIA. Vladimir worked as a translator for Harold Brown, the then US Air Force Minister during his visit to Moscow. Potashov liked him so much that the minister sent an invitation to the United States to the young scientist. Brown (by that time, the Minister of Defense of the United States) received a cordially senior researcher in the department of military-political problems of the Institute of the USA and Canada of the USSR Academy of Sciences.

What was the surprise of the head of the US military when Potashov, violating all the norms of the protocol, took Brown by the elbow and whispered in his ear: “Mr. Minister, I ask you to arrange a private meeting with a CIA officer!”

Medium inflicted losses on the USSR tens of billions of dollars. It was he who promptly notified the Americans about the creation of a new division in the structure of the USSR Ministry of Defense. Space Command. He informed about the reasons for the delay of the launch of the Soviet space shuttle. Issued the CIA a lot of strategic secrets. And for this he constantly asked his curators from Langley for money.

After all, he started immediately five young mistressesdemanding expensive fur coats, gold jewelery, entertainment in the high places of Moscow ...

Greed in the end and killed the fraer spy. From the office of the director of the institute, a CIA agent stole a directory of government communications, naively believing that he would break the fabulous sum for him. But the disappearance of the document, which had the “For official use” stamp, led to the beginning of a thorough investigation. As a result, the Soviet counterintelligence and went to Potashov. And then a setup played its part. On behalf of American intelligence, he was offered to sell the stolen reference book for a high reward. He was taken in the transfer of money directly in the act. Under the influence of irrefutable evidence, the traitor confessed everything.

Despite the fact that Potashov caused great damage to our country, by the highest order Mikhail Gorbachev he was not shot and sentenced only to 13 years of imprisonment. Six years later, in the 1992 year, the former senior researcher Yeltsin released under an amnesty. He immediately received a passport, an American visa and left for the ocean. Now Vladimir Potashov lives in the USA for benefits from the American government as "The person who suffered as a result of cooperation with the CIA."

Confidentiality of information received is guaranteed.