Boris Shmelev: What threatens Russia with the introduction of Chinese troops into Tajikistan 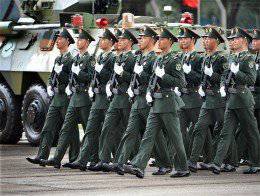 Since May 6, China has been deploying troops into Tajikistan. A part of the Gorno-Badashkhan Autonomous Region of this state is given to China for debts. In Dushanbe, they believe that it is uninhabitable. However, China refers to this territory differently, reasonably considering it important from a strategic point of view.


Boris Shmelyov, Head of the Center for Political Studies, Institute of Economics, Russian Academy of Sciences:

It is known that over the years of its independence, Tajikistan has given over one and a half thousand square kilometers of land to the Chinese.

I consider this case special in international relations. However, this event has a certain symbolic meaning: China is strengthening its position in the world. Slowly, but confidently, China is turning its economic power into political influence. I would call this a manifestation of a certain emerging trend. Tajikistan is a typical failed state, torn by inter-clan contradictions. Its economic situation is disastrous. The president has little room for maneuver. Therefore, he is forced to flirt with China, as he gives money (which can play an important role in his re-election in the new election).

China acts carefully, because it is not interested in straining relations with Russia, because we have big interests in Central Asia. However, the question arises: what will lead the troops?

The first signs of the manifestation of increased political influence in the world, China has demonstrated in its relations with Japan, by tough response to the disputed territory - Fr. Senkaku. So he showed that he is a powerful power, capable of making respect for their interests. And there will be more and more similar moments in foreign policy. Although in the materials of the XVIII Congress of the Communist Party of China there is not even a hint of aggression in foreign policy. The Chinese leadership declares that it is interested in the world.

How to respond to a similar situation in Russia? I think it should be taken as a fact and taken into account in the foreign policy strategy. If Russia does not play an important role in Central Asia and allocate significant funds to support its countries, then others, in particular China, will take care of this. And it is not excluded that then, over the years through 10 – 15, the West (if it deems it necessary to weaken the strengthening of China’s influence in the countries of Central Asia) will face China in Central Asia. But, I repeat, these are all scenarios, in case Russia does not offer resistance (which I doubt).

As for the fact of the sale of land for debt, I will say this: each country is sovereign, and therefore it may look for forms of debt repayment that are convenient for it. Yes, in this case, the choice of Dushanbe could weaken Russia's position in the region of Central Asia. But I hope this does not happen.

Ctrl Enter
Noticed oshЫbku Highlight text and press. Ctrl + Enter
We are
Tajikistan in the shadow of ChinaAbout Stalin and Khrushchev
Military Reviewin Yandex News
Military Reviewin Google News
85 comments
Information
Dear reader, to leave comments on the publication, you must to register.