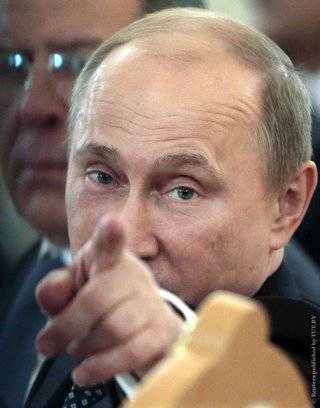 Journalist Natalia Gevorkyan, the author of the first book about the current President of the Russian Federation "From the first person. Talking with Vladimir Putin", published in 2000, told about the strongest fear of the head of state. In an interview with The Washington Post, she said that V. Putin was most afraid of betrayal: according to the journalist, this is “the central theme in his worldview.”


She believes that it is natural for a KGB officer to suspect everyone of treason. V. Putin left the secret service more than 20 years ago, but did not change his views on human nature. Today, N. Gevorkian notes, "the atmosphere of suspicion permeates the Kremlin more than ever."

If you look at the book "From the First Person" from the present time, the journalist says, many things become obvious, in particular, how V. Putin feared betrayal. "The gloomy atmosphere of mistrust, which, according to rumors, has infiltrated his inner circle, is definitely generated at the top," - said in an article published by the American edition.

This atmosphere, according to its authors, is fueled by political protests, police investigations, a “capricious” anti-corruption campaign, clan wars and ambitions. “In addition, V. Putin’s rating is gradually eroding, as if the Kremlin’s resident is betraying his own electorate,” the Washington Post notes.

“He suffers from an inability to trust people — or the people,” says N. Gevorkyan. According to her, V. Putin "comes from culture", which is used to citizens living in full accordance with the expectations of the authorities. In 1991, the immediate superior of V. Putin, ex-KGB head Vladimir Kryuchkov, stated that the August coup, aimed at overthrowing Mikhail Gorbachev, was necessary because the Soviet people "were unreliable and unable to fulfill their obligations to the state" at that time.

This approach was approved by V. Putin, who expressed the opinion that the leaders of the Emergency Committee sincerely wished the good of the country, although their actions may have been erroneous.

According to the latest poll by Levada Center, V. Putin’s rating today is 57%. "This is quite enough for any Democrat politician, but in the Putin system this situation leaves undesirable scope for public doubt," said analyst Kirill Rogov.

“The topic of betrayal is not only the typical Russian motive and the painful passion of the KGB, but also the trauma of V. Putin’s hometown, St. Petersburg. V. Putin’s parents survived the 900 day blockade of Leningrad, and his elder brother died. His father was injured and He never recovered from his injuries. When V. Putin was born in 1952, his elderly parents didn’t care for him ", writes the author of the article in the Washington Post.

He notes that in the years of the blockade in Leningrad, 900 thousand people died, many of them from starvation. Some townspeople went to betrayal in order to survive. The historian Dmitry Likhachev, the blockade himself, describes those years as a time of cannibalism and the rejection of parents of children. The psychological trauma of the city, the article notes, left its mark on V. Putin.

N. Gevorkyan also expressed an opinion on why V. Putin was going to power. According to her, he was never an “ambitious careerist”, but he was in search of a patron. The first "clan" of V. Putin was the KGB, the second patron he found in the person of the former mayor of St. Petersburg, Anatoly Sobchak. When in 1996, he lost the election to his deputy, Vladimir Yakovlev, the Kremlin became the new patron of V. Putin. Now, N. Gevorkian believes, the presidency is the personal means of protecting Putin. That is why he is unlikely to leave his post, the journalist concluded.

Ctrl Enter
Noticed oshЫbku Highlight text and press. Ctrl + Enter
We are
About Stalin and KhrushchevWhat you didn't want to know about England
268 comments
Information
Dear reader, to leave comments on the publication, you must to register.