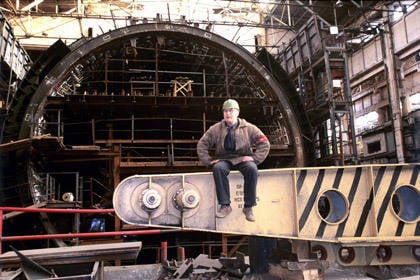 Last Tuesday, a meeting was held at the presidential residence Bocharov Ruchei, the results of which can seriously affect the development of the entire Russian shipbuilding industry. The country's leadership decided to make some personnel changes, and also gave several instructions to the new authorities of the industry.


A few weeks ago, on May 6, the former president of the United Shipbuilding Corporation A. Dyachkov resigned, and the vice-president of the corporation V. Bindas was temporarily appointed to replace him. At a meeting on Tuesday, Russian President V. Putin called the name of the new USC President. The head of the corporation will be Vladimir Shmakov, who previously worked as the first deputy general director of Uralvagonzavod. In the near future, Shmakov’s candidacy will be approved by the board of directors of the corporation, and he will begin to fulfill his duties.

The new president immediately announced his plans for the near future: he intends to visit the leading enterprises of his industry, as well as plants of related industries in order to familiarize himself with the state of affairs in them. Shmakov believes that USC activities should be in line with the plans of the leading buyers of its products, which the management of the shipbuilding corporation will consult. In his work, Shmakov is going to apply the experience of crisis management obtained during the work at the previous place.

The first task for the new president of USC was the instruction of V. Putin, according to which the corporation should conduct an inspection of the programs for the re-equipment of shipbuilding enterprises within three months. According to the president, it is necessary to create a program for managing the costs of enterprises, as well as to audit all the contracts concluded. In addition, by the 1 of September, USC management will have to prepare and approve the development strategy of the shipbuilding industry, developed in accordance with the relevant state program.

The president called the mobilization of all resources and capabilities to accelerate the transfer of ships to customers, including the Ministry of Defense, as one of the main tasks for the new shipbuilding leadership. Since the re-equipment of the naval fleet significant amounts are allocated, then shipbuilding, according to Putin, should deliver the required equipment on time. At the same time, the quality and cost of products should completely suit the customer. As for the current problems with deadlines, etc., the president demanded a report with a description of all existing shortcomings and suggested ways to address them. 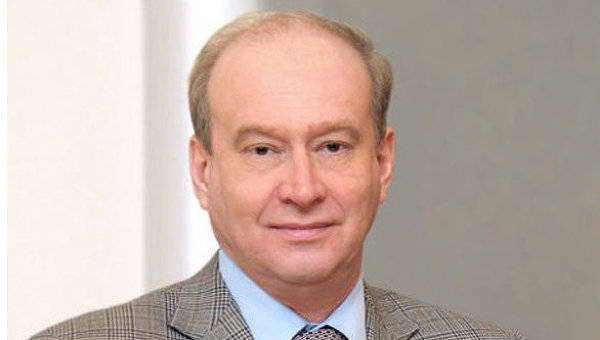 In addition to the construction of warships, USC is also involved in civil projects. According to the president, the increase in Russia's presence in the Arctic and other regions of the planet depends on this part of the work of the United Shipbuilding Corporation. It is necessary to develop projects of icebreakers, drilling platforms, etc. marine technology for various purposes. For effective work in this direction, USC must combine efforts with the main operators of the new special equipment. For this reason, Putin instructed the United Shipbuilding Corporation, Rosneft and Gazprom to establish contacts to develop a plan in accordance with which new civilian vessels will be created.

During the meeting, the new USC President, V. Shmakov, outlined the main features of the organization’s work in the near future. The first task of the corporation is to update the material part of the navy and maintain it in a combat-ready state. In addition, the corporation will carry out full maintenance of equipment during the entire period of its service. Shmakov considers the civil shipbuilding industry to be no less important, which will also receive increased attention. At the same time, the new president of USC noted that the construction and maintenance of an atomic icebreaking fleet could be considered as another important part of future work.

Shmakov will follow the progress of the project to create a new shipbuilding plant on the basis of the Far Eastern enterprise Zvezda. This industrial complex will become the largest industrial enterprise in the Far East. After commissioning of all production facilities (2020 year), Zvezda will be able to build civilian vessels of various classes with a displacement of up to 250 thousand tons. It is planned to build tankers, icebreakers, gas carriers, offshore platforms, etc. at the berths of the plant.

In addition to visiting shipyards and related enterprises, the new president of USC intends to take a number of administrative measures. It is necessary to create a set of measures to optimize the management of the corporation, to refine all the technological and administrative processes for the implementation of strategic tasks, as well as to increase executive discipline. To do this, it is necessary to conduct a full analysis of all cases and, based on its results, take appropriate measures. Shmakov believes that the future work on the removal of shipbuilding from the crisis will be similar to the processes that took place at Uralvagonzavod earlier. The tank-building enterprise has already passed the way from crisis management to stable operation and the same will happen with USC.

In the course of removing the corporation from the current decline, other personnel changes are possible. The new president of USC did not rule out that a careful examination of the state of the organization could be followed by dismissals and reshuffles. It is too early to say who exactly will lose their seats or get other positions, but already now Shmakov does not exclude the possibility of such decisions. Such rearrangements, if they will, will be included in the list of measures, the purpose of which will be to optimize the work of the management of the corporation and its member organizations.

Following the meeting with the president, an important statement was made by the Minister of Industry and Trade, D. Manturov. According to him, in order to prevent the meeting of deadlines under one or another contract, in the near future, USC will work on the new system. If the shipbuilding corporation cannot complete the order on time, a part of the subcontracted work will be transferred to foreign companies. The main work at the same time will remain the responsibility of the USC itself. Such an approach to speeding up the construction of ships will be one of the measures to take the United Shipbuilding Corporation out of the crisis.

The appointment of the former Deputy General Director of Uralvagonzavod as the head of the shipbuilding industry was a real surprise. Earlier, other candidates were proposed for this position, with most of these people related to the fleet or the shipbuilding industry. However, in the end, a specialist from another industry was put at the head of the USC. Probably, this choice was made taking into account the previous experience of V. Shmakov. The team, in which until recently the new president of USC worked, previously managed to pull the only Russian out of the crisis pit tank plant. Now he has to do this with another organization no less important for the country. Time and performance indicators will soon show whether the choice of the new head of the United Shipbuilding Corporation was right.

Ctrl Enter
Noticed a mistake Highlight text and press. Ctrl + Enter
We are
RAE-2015 determined the flagship direction of the Russian defense industryTechnique "Uralvagonzavod" at the exhibition KADEX-2014
23 comments
Ad