World for our era? ("The Telegraph", UK) 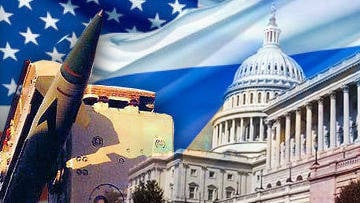 Ronald Reagan would not have signed such a treaty. Margaret Thatcher, as prime minister, would have opposed such a treaty. Winston Churchill would be horrified at the thought that some kind of treaty would strengthen Russia's position. Needless to say, Vladimir Putin and all the people in the Kremlin from the New START Treaty in violent enthusiasm, especially since it has just been ratified by the Senate, still sitting in the outgoing composition. And he also likes President Obama because he has invested a lot of political capital in order to intimidate Congress and force deputies to support him.

As I wrote in the previous article, the new START is a fundamentally erroneous treaty that severely undermines the security of the United States and its allies. This is an exceptionally good deal for the Russians, because Washington is deprived of a significant part of the ability to deploy effective missile defense systems. This treaty does not in any way strengthen the defense capability of the United States, but it gives Moscow a significant strategic advantage.

The United States - the largest country in the world - has been threatened with an unequal treaty conducive to aggression and intimidation by Russia, and this is two and a half years after the Russian Tanks invaded Georgia, and also sixteen months after, at the request of Russia, plans to build a third missile defense position area were canceled. New START is a nightmare deflection in front of an authoritarian regime that, when it is beneficial for it, takes the side of America’s enemies. By supporting this regime, the Obama administration is making an extremely wrong impression, and this is at a time when the US leadership in the world arena is increasingly being called into question. What is happening recalls the cowardly approach of Neville Chamberlain to a number of aggressive regimes in the 1930s. Like Chamberlain, President Obama greatly underestimates the hostility of his enemies - from Moscow to Tehran.

Suffice it to say that the treaty was forced to push through the Congress against the wishes of the leaders of the Republican Party during the meeting of the outgoing composition, and even after a crushing defeat in the mid-term elections. Most likely, the new composition of the Senate would not have approved it in its current form, besides several leading presidential candidates from the Republican Party categorically opposed it. No major international treaty has yet been ratified by the outgoing Senate, and the ratio of 71 votes “for” and 26 “against” is the lowest level of approval for history treaties on disarmament.

The adoption of a new START by order of the White House under the leadership of Obama and in the face of the growing demands of Moscow is not a sign of strength, but of weakness and decline. A sad day when the rulers of Russia began to command in matters of exceptional importance from the point of view of ensuring US security and in fact imposed a veto on the project of deploying an American missile defense system vital for fighting rogue regimes like Iran and North Korea. This is not a White House victory, but a humiliating surrender to an increasingly dangerous enemy on the world stage.