US Navy ready to go into battle with laser weapons 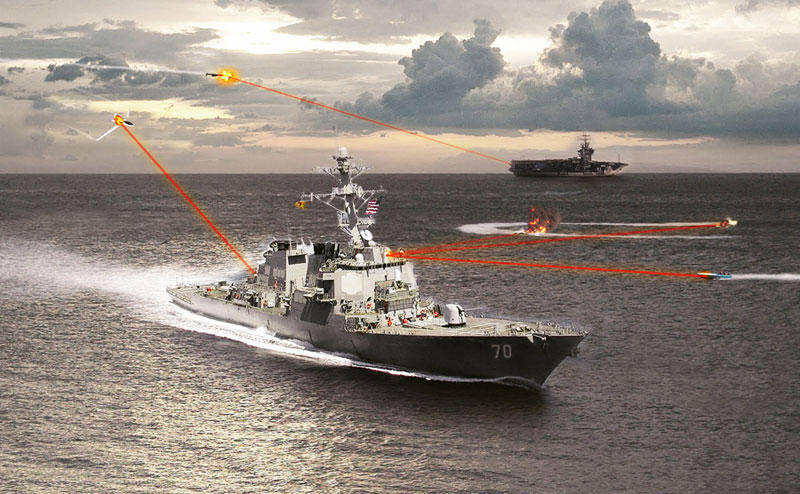 The US Navy commissioned the company Northrop Grumman to modify the solid-state laser, which will be installed on warships. In two years of testing, the military concluded that the laser weapon can be used in real combat conditions.


For the first time, a 15-kilowatt laser gun developed by Northrop Grumman was tested in the 2011 year. One of the ships of the US Navy destroyed an inflatable boat from a new gun. The modified version will be used in real combat, said Steve Hickson, vice president of the arms company. The laser machine, he said, is planned to be made sufficiently reliable and affordable for widespread use.

After the first tests in 2011, it was decided that 15 kilowatts is not enough to destroy enemy targets in combat conditions. The head of the Naval Forces Research Department, Rear Admiral Nevin Carr, then stated that for the destruction of, for example, a military cruise missile would need to be installed several dozen times more powerful.

In addition to Northrop Grumman, Boeing, Lockheed Martin, Raytheon and Kratos Defense & Security Solutions are engaged in the development of laser weapons for the US Army. The latter have already created a LaWS (Laser Weapon System) solid-state installation, which in 2014 is planned to equip the Ponce landing ship docking ship serving in the Persian Gulf. It is known that this laser gun will be able to blind and hit enemy drones and will help ships to target anti-aircraft missiles at targets.

Ctrl Enter
Noticed a mistake Highlight text and press. Ctrl + Enter
We are
53 comments
Information
Dear reader, to leave comments on the publication, you must to register.