CIA agents went to the advisers to Russian ministers

24 May 2013
70
December 26 1991 broke one of the most influential states in the world - the USSR. As a result of the collapse of the Soviet Union, the territory of Russia decreased by 24% compared to the territory of the USSR, and the country's population immediately decreased by 49%. The single currency, common economic space, and established industrial ties have disappeared. The united armed forces of the country collapsed and numerous ethnic conflicts erupted in dangerous fire. The country's economy was not in the best position, the transition to a market economy demanded a large number of reforms. As a result, a huge number of various consultants flooded into the country, including from the USA.


In April, 2013, during a straight line with the people, Russian President Vladimir Putin made a statement, which became a real information bomb. The head of state said that among the advisers to today's head of the Rosnano state corporation, Anatoly Chubais, were 1990 employees working for the CIA, who were later brought to criminal responsibility in their homeland for illegal enrichment during privatization in Russia. According to him, in the entourage of Anatoly Chubais in the role of advisers, as we managed to find out today, the staff of the CIA of the USA worked. And the funniest thing about this stories Vladimir Putin called the fact that in the US they were brought to trial for attempting to legalize the funds received during the Russian privatization. They had no right to enrich themselves in a foreign country like acting intelligence officers, Putin noted. At the same time, the president of Russia did not specify who exactly was being discussed.

According to Vladimir Putin, Anatoly Borisovich and his associates in the early 1990-s managed to make a lot of mistakes, but they managed to radically restructure the structure of the domestic economy, the president stressed. It was then that a certain negative image was formed about them, but at the same time, someone had to do what these people did. According to Vladimir Putin, a number of mistakes could have been avoided already under those conditions. The President noted that some things could have been done differently, with less costs and social losses for Russia, not so tough. At the same time, Putin said one very important, if not to say the cornerstone thing - it is easy to argue on any topic in hindsight. 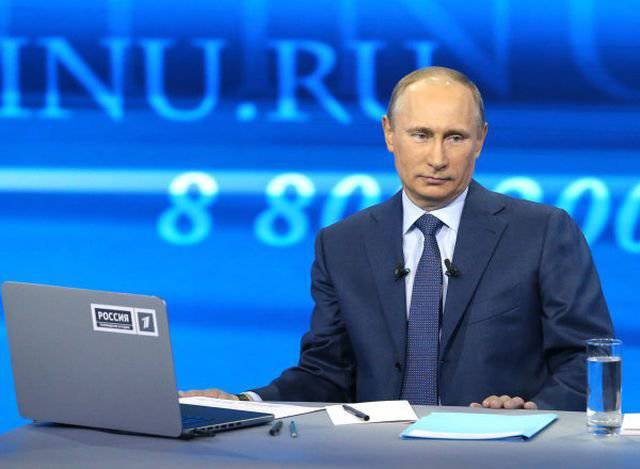 He also discussed the activities of Chubais on the Rosnano post. According to him, Rosnano recognizes losses in the amount of 2,5 billion rubles. These are not small financial means, but at the same time it is possible in such a field as nanotechnology to do everything without mistakes and with an absolute profit. The President noted that there are failures and punctures in the work of the state corporation, but this is not part of a criminal offense. Once again, Putin, in fact, defended Chubais from public attacks.

He also added that he does not want to give any assessments of his activities, since the sphere in which Anatoly Chubais works is rather complicated. At the same time, Vladimir Putin reminded everyone that the idea of ​​creating this state corporation belonged to him personally. The president noted that there are situations in which regions spend money inefficiently, but this does not mean that someone has stolen it. Inefficient investment is not theft. On many issues, Chubais is my opponent, but one cannot be indiscriminately blaming a person and calling him a criminal, this is wrong and not fair, Vladimir Putin said.

Already after this straight line, the Head of Rosnano, who in 1990's held an important position as head of the State Property Committee, told reporters that prior to the statement by the Russian president, he did not believe that 2 had his former privatization consultants were US personnel agents. Chubais admitted that he had already heard this information many times before, but he considered it nothing more than rumors. However, once the President of Russia himself declared this, it means that this is really serious. In an interview with RIA News Anatoly Chubais noted that he had not seen a single official document that would at least to some extent confirm the voiced information, put this question before him. He did not see such documents when he worked in the Russian government and after that. It seems that someone who was responsible for this was obviously flawed here, said Anatoly Chubais. 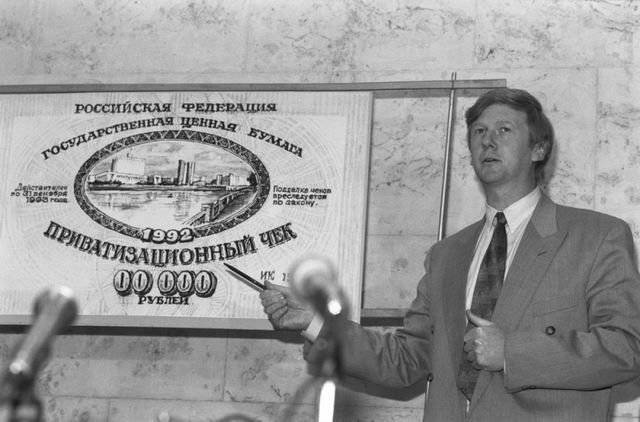 If we talk about possible CIA agents, then, most likely, we are talking about Andrei Shleifer and Jonathan Hay, who at that time were working in Russia together with Anatoly Chubais. Later, Haye and Shleifer were really suspected of abusing their official position for personal gain. Both of them in the middle of the 2000-s were tried in Boston after the end of the 3-hlet investigation. According to information from American media in the 90s of the last century, Shleifer and Haye worked in Russia as part of a program of assistance in transferring a planned economy to a market economy. This program was funded by the United States Agency for International Development. According to US Department of Justice estimates, as a result of Shleifer and Hay’s activities, the state was damaged in the amount of 34 million dollars.

At the same time, American experts and journalists do not believe that these characters were really CIA agents. One expert, Jeanine Wedel, told RIA Novosti that she wrote 2 books about the role of Americans in the Russian privatization process. According to her, in order to make mistakes is not necessarily the life of the current employees of the CIA. Wedel said that she had never met evidence that Shleifer and Haye were somehow connected with the American special services. The same opinion is shared by the journalist David Warsh, who dealt with issues of finance and economics and at one time covered the history of Shleifer and Hay. He doubts that these consultants were somehow related to the CIA. According to him, if Putin does not have any documentary evidence to prove it, convincing someone that these people really worked for the CIA will be quite difficult.

The statement of the President of Russia has caused a violent upsurge in the Russian information space, but, in fact, this is already a distant past, a history of 20 years ago, which no longer matters. It is easy to judge something in hindsight, and who to judge here. Anatoly Chubais was the head of the State Property Committee, and not the head of any of the Russian special services. If foreign agents worked in his entourage, if he or other Russian politicians, such as Boris Nemtsov, were somehow tied up or managed by foreign special services, why hasn’t a move been made so far and these people are still on freedom. 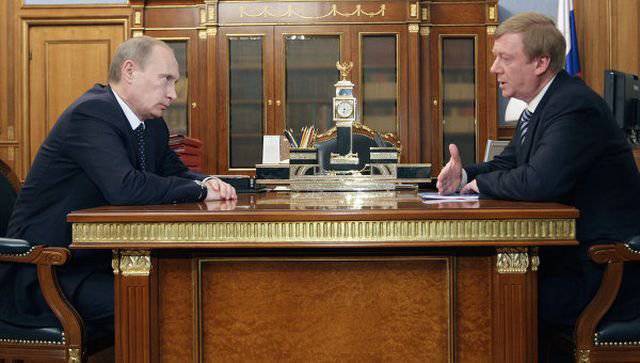 I would like to ask where were all those who today talk about the fact that in Moscow at the beginning of the 90-ies, the CIA spies worked all the time. Why did they work and do not interfere with them, why did they suffer it? No one has resigned, no one has resigned, has not placed party cards and other “crusts” on the table, has not slammed the door. What did these people do 20 years ago and why did they decide to recall this now, for what? What is the point of telling that 20 years ago everyone knew everything, if, knowing this, no one did or did anything? Why stir up the past, listen to Putin: "It is easy to talk about any topic retroactively" and exhale.

Ctrl Enter
Noticed a mistake Highlight text and press. Ctrl + Enter
We are
Diplomats of the People's Commissariat of Defense: on the eve and during the warUS industrial records during the Second World War
70 comments
Information
Dear reader, to leave comments on the publication, you must to register.