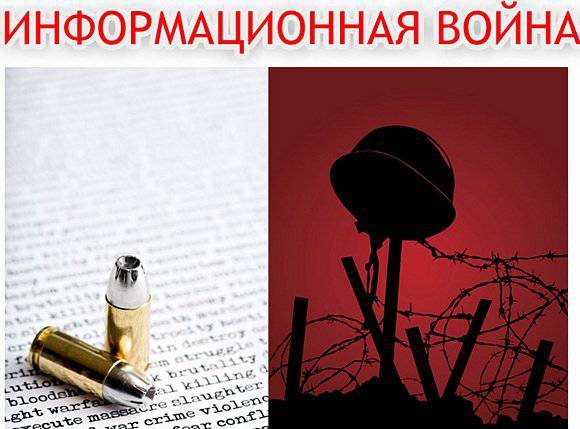 The information war against Russia continues. Realizing this, I can not stand aside, since I am a supporter of the restoration of full state sovereignty of Russia. In the article I will explain my position.

There are about 200 states in the world. The United States and Great Britain are sovereign. However, striving for world domination, they follow the path of suppressing the sovereign rights of other countries.

Globalization, which is presented to us as something good, in fact leads to the loss of their sovereignty by countries. The economic division of labor leads to the loss of economic sovereignty, as transnational corporations begin to dominate on the territory of a previously independent state. Their budget may be greater than the budget of a small country. It is clear that to solve their problems they can buy officials, dictate their will, or completely subjugate a previously independent state.

The modern banking system also leads to the loss of economic sovereignty and ensures the well-being of some countries at the expense of others. For example, an unsecured US dollar ensures America’s well-being due to the fact that the Central Banks of other countries, in order to settle and secure the right to print their own money, are required to buy dollars in exchange for real goods.

The same thing happens in other areas. We see that all over the world, Americans are starting new wars, provoking instability. Now they are frantically searching for a pretext for a military invasion of Syria. Earlier, they bombed Yugoslavia, Iraq, Afghanistan, Libya, provoked a violent change of power in other states.

Wanting to conquer a particular country, the United States takes control of its information space. After that, active propaganda is carried out in the media, and the ideology traditional for them is gradually replaced in the minds of people.

For our country, the ideology of liberalism, presented to us by the Anglo-Saxons and publicized by the media, was destructive. The main church of the liberal religion is in Washington. Believing in it, the citizens began to pray to foreign gods. In theory, a liberal can be a patriot. But in practice, it turns out that, at best, liberals treat their country as an underdeveloped and flawed misunderstanding. In the worst case, they betray the interests of their homeland and openly work in the interests of a foreign state.

If we take the analogy with wars, the suppression of information sovereignty is no less important than the conquest of air superiority.

Recall how Libya from a flourishing country turned into ruins.
At first, she lost her information sovereignty. Citizens were told that Gaddafi is evil. Having overthrown him, they supposedly will live better. Through information technology, people have called for armed resistance. Then, carrying out combat missions a day before 200, the “good empire” brought poverty and destruction to the Libyan people, and took control of the oil rigs itself.

The same scenario two years ago, the Americans unleashed in Syria. Now they are trying to bring it to the end of "democratizing" bombing, but this is hampered by the Russian-Chinese veto and air defense systems of Syria.
It should be noted that earlier these states were prosperous, and nothing foretold in them not only civil war, but even signs of mass discontent of citizens. The conflict was provoked from the outside.

Thus, information sovereignty has become so crucial that if you do not have it, then you can completely cease to be an independent state in the traditional sense.

If we recall the recent past, then according to the described scenario, the collapse of the Soviet Union occurred. We lost our information sovereignty at the end of the 80s. The reformatting of our consciousness took place under the slogans of "publicity and restructuring." As a result of enemy propaganda, liberal ideology was imposed on us. The views of the people were then turned to the West. There, it seemed, the sun shines brighter, the sky is lighter, and the carrot is sweeter. Citizens hated everything that they had previously believed and valued. Then there were the collapse of the economy, the State Emergency Committee, the Belovezhskaya plot and the liquidation of the Soviet Union.

To be objective, through the media we were reformatted to such a state that we ourselves destroyed the powerful state ourselves. Without a shot, the Americans defeated the Soviet Union. They took control of the former Soviet republics and the countries of Eastern Europe.

It is known that in the 90-s Russia was under the total control of American advisers. Laws, including the Constitution, were adopted from dictation and with the approval of the Americans. That is why we came to the edge of the abyss. The collapse of Russia was predetermined.

With the advent of Putin, the situation has changed dramatically. The Americans have lost full control over Russia, but their influence on the internal political and economic life of Russia is still great today.

Both earlier and at present there is an information war against Russia. This war goes on constantly. She never stopped. The ultimate goal of this war is obvious. This is the collapse of Russia, the control over our territory and natural resources.

Western countries, despite the liberal principles, are actively struggling with external influence. At the same time, no one is indignant about the violation of human rights or the oppression of freedom of speech. But as part of the information warfare, they firmly stand up for the defense of “freedom of speech and human rights” in Russia. For example, remember the hysteria about the launch, the law of Dima Yakovlev, foreign NGOs. For all these reasons, the leaders of the United States and Western countries have repeatedly condemned us at the state level. Prominent politicians and artists joined the convictions. As a team to protect the rights violated by the “bloody” regime of rights, “midfielders” financed from abroad stood up. Our media took the side of the “humiliated and offended” and told us about the anti-people’s character of the government we elected and how badly the “civilized world” responds to us.

It is obvious that “freedom of speech” and “human rights” are an instrument of information warfare of western countries, in relation to Russia.

Having lost our information sovereignty, we have not yet restored it in full. Some of our compatriots, under the influence of Western propaganda, do not value the land of their ancestors and are sometimes hostile towards their homeland. However, none of us wants us to destroy with our own hands what our ancestors were able to protect.

Thus, we need to restore our information sovereignty. For this, it is necessary to legally ensure the self-regulation of the Russian media. Ensure the financial activities of the media so that they do not depend on the ratings invented by the Americans. If the media is financed from abroad, then it should be declared a “foreign agent”, otherwise its activity in Russia should be terminated.

And last, while I was preparing and rewriting this article, they came news that the US State Department has once again criticized Russia for limited religious freedom (there are problems with the promotion of extremism and sectarianism). Then, the human rights activists from the Amnesty International criticized us for the situation with human rights (there were difficulties with the destabilization of the situation). The Secretary General of the Council of Europe called on Russia to ensure the right of pederasts to hold demonstrations. Paul Macartney, sitting in his mansion, preoccupied with the fate of Puska Alekhina and wrote a letter in support of her (he has nothing to do?). Tomorrow some more crap will come up.
So the war goes on.

PS: Can we stay away when war is waged against our Motherland? I made a choice (free Russia. Su, ipolk.ru).

Ctrl Enter
Noticed oshЫbku Highlight text and press. Ctrl + Enter
We are
The world we leave, the world we enter, and the world between themAbout Stalin and Khrushchev
Military Reviewin Yandex News
Military Reviewin Google News
34 comments
Information
Dear reader, to leave comments on the publication, you must to register.