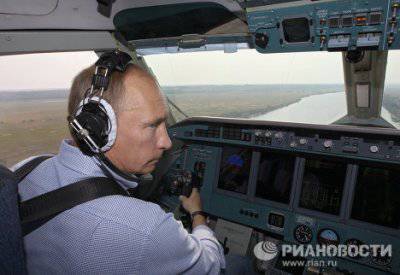 On Wednesday, Russian President Vladimir Putin held a meeting with staff and students of the Southern Federal University, at which among other topics were discussed issues of scientific work. The university is actively engaged not only in teaching students, but also in various scientific and technical issues. For example, the Research and Design Bureau of modeling and control systems of the Southern Federal University is now employed in one of the most famous projects of recent years. According to the director of the Scientific Design Bureau O. Spiridonov, his organization is currently involved in designing a new water intake control system for the Be-200 aircraft.


The Be-200 and Be-200ES aircraft are already being mass-produced and are being operated in the relevant units of the Ministry of Emergency Situations. The most famous sphere of their application is fire fighting. In a fire configuration, this amphibian can carry up to 12 tons of water and dump them into the fire region in a few seconds. Water tanks for the Be-200 aircraft can be filled both on the ground, with the help of appropriate equipment, and when planing on the surface of the water. In this case, the amphibious aircraft independently collects the required amount of water, after which it can take off and go to the fire site. The practice of recent years has shown how comfortable amphibious fire-fighting aircraft, which do not need special equipment for water recruitment, located on the airfields.

However, apparently, some systems of the Be-200 aircraft are not sufficiently developed and therefore require changes, and these flaws are known, as they say, at the very top. Learning about the work of the Scientific Design Bureau of modeling and control systems, President Putin recommended to think over the mechanisms of protection against the involuntary opening of the water intake device. According to him, this is a trifle, but a trifle is specific. And he knows what he is talking about. As for the rest of the features of an amphibious aircraft, the president called the Be-200 not just the best, but unique, since there are no other machines of the same purpose in the world with similar characteristics.

Naturally, the format of the event did not allow to elaborate on the problems with the water intake system. However, even in such a form, statements by the president can be a good reason for reflection or even political speculation. In the context of the proposal to protect against the involuntary opening of the intake devices, the events of 2010 of the year were immediately recalled. Then V. Putin, while still prime minister, took part in extinguishing a fire in the Ryazan region. During this flight, he, following the recommendations of the pilots, managed the water intake and discharge system. Perhaps it was then that Putin got information about some features of the intake system, which are now proposed to be corrected. 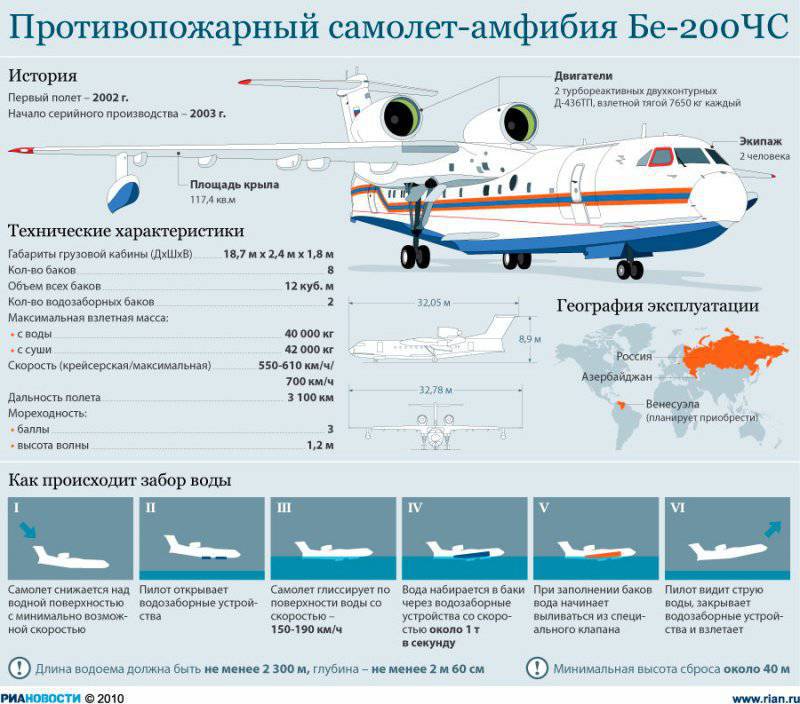 However, the technical details of the problem remain unknown. The scarcity of publicized information allows only to speculate and try to determine its causes and consequences. Nevertheless, with a certain confidence we can already speak about the serious nature of the existing shortcomings. It is unlikely that minor and not having serious consequences technical problems will attract the attention of the Prime Minister or even the President. At the same time, questions are raised by the fact that such a serious (possibly) issue has not yet been resolved without a "pointer from above."

Nevertheless, the current situation with the intake device leaves rather a positive impression. It shows that sometimes the authorities are interested not only in the main issues of the aircraft industry, but also in technical details, which, with a corresponding development of events, can have an impact on the processes of a larger scale. However, these processes can be seen and, as they say, work on the rating - the creation of the necessary political image in the eyes of the audience. And yet, regardless of the specific prerequisites, the proposal to correct the unobtrusive design flaws are still useful for the aircraft industry.

It should be noted that in the context of the development of the Be-200 aircraft at the last meeting with the staff and students of the SFU, another interesting one was mentioned news. According to O. Spiridonov, TANTK them. Gm Beriev is now going to begin designing a modification of the amphibious aircraft Be-200, designed specifically for the Ministry of Defense. The design bureau of modeling and control systems will also take part in its creation. For obvious reasons, the details of the appearance of this aircraft has not yet been published. 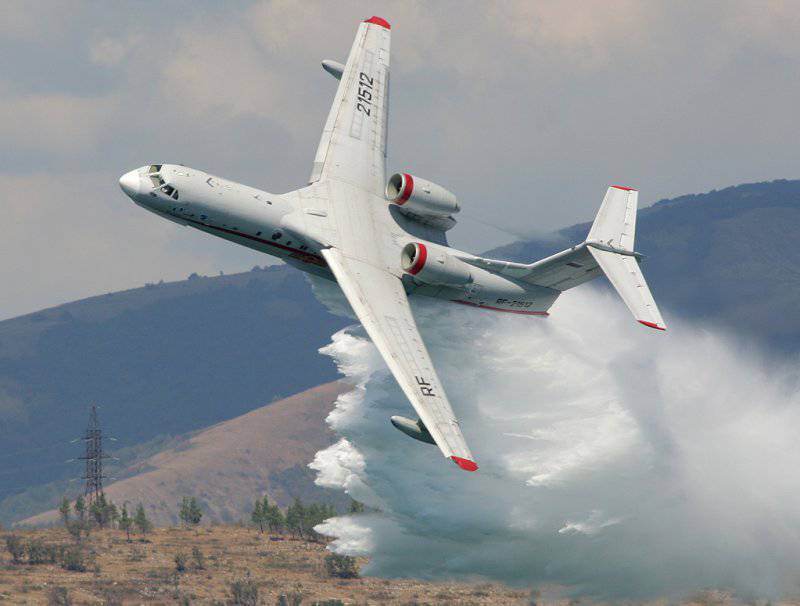 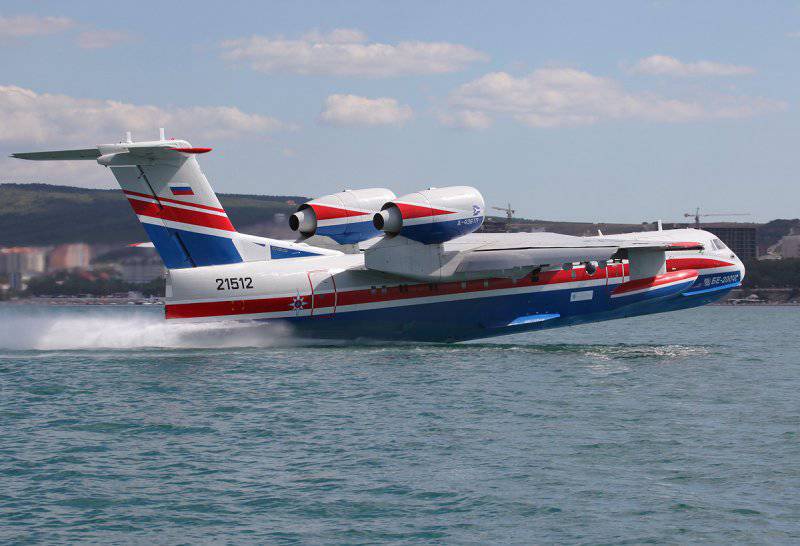 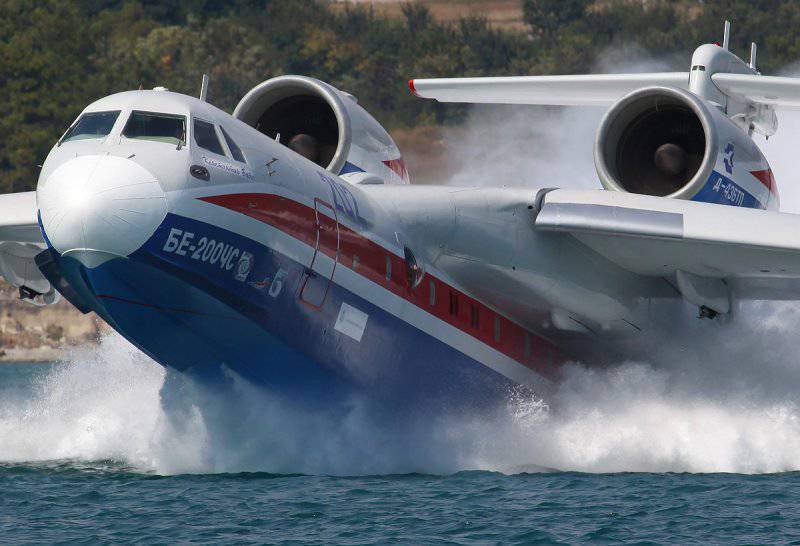 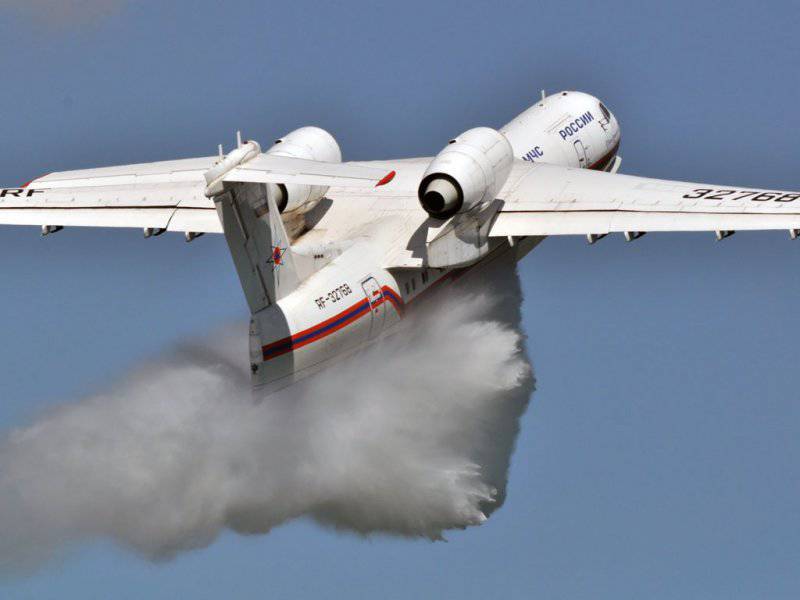 Ctrl Enter
Noticed a mistake Highlight text and press. Ctrl + Enter
We are
Sikorsky HH-52 amphibious helicopter (S-62)An-12 in Afghanistan
169 comments
Information
Dear reader, to leave comments on the publication, you must to register.