Lawyer: Kvachkov did not find anything forbidden 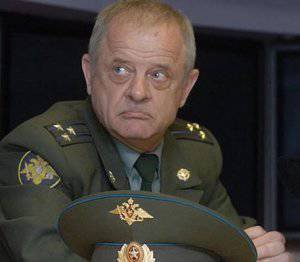 After a search of the retired colonel of the GRU, Vladimir Kvachkov, who was previously acquitted in the case of the attempted assassination of the former head of RAO UES, Anatoly Chubais, only documents were taken.

“The search is over. Some documents were taken out, several boxes. Most likely, everything related to the People’s Militia,” Kvachkova’s lawyer Alexei Pershin told Interfax.

He claims that there was nothing forbidden in Kvachkov’s apartment.

Kvachkov was taken into custody by the decision of the Lefortovo Court of Moscow at the request of the Investigation Department of the Federal Security Service of Russia. The court authorized the imprisonment of Kvachkov until February 23. The meeting was held behind closed doors, since the case files are classified.

Kvachkov is suspected of a crime under Part 1 Art. 205 (promotion of terrorist activities) and h. 1 Art. 30, Art. 279 (attempt to organize an armed rebellion) of the Criminal Code of Russia. The FSB of Russia confirmed the initiation of a criminal case against Kvachkov.

In addition to Kvachkov, four more of his colleagues were detained. “Tatyana Bragina and three others were arrested near the house of Kvachkov. They arrived at the house on Berezhkovskaya Embankment in central Moscow when they received information about the detention of their leader,” the Minin and Pozharsky militia, an unregistered organization headed by Kvachkov.

Kvachkov himself suggests that the testimony of his colleague from Togliatti became the basis for his new prosecution. “According to the documents that are in Tolyatti armed with a crossbow for 10 thousand rubles, I emphasize, the man sent a group to Vladimir, who was preparing an armed rebellion there. He was the head of the Togliatti branch of the People’s Militia Minin and Pozharsky. He was arrested. Through 10 days of interrogation, he testified to me, "- said Kvachkov the day before.

Opinion on the "people's militia"

The leader of the nationalist organization "Slavic Force" Dmitry Demushkin said that the organization Kvachkova "Militia" is not numerous and does not represent a serious force.

“Today, about seven or eight hours ago, his people called me at the moment when investigators broke open the door of the apartment where Kvachkov lives and asked for help, rather informational,” said Demushkin.
According to him, there are “some muddy people in V.Kvachkov’s organization, but there’s no one to communicate with”. "We met at the actions, but I have long broken relations with them, because I see no reason to continue them," said Demushkin.

Also, for his part, one of the leaders of the movement against illegal immigration (DPNI), Vladimir Belov, said that for him the arrest of V. Kvachkov was "expected".

"I told him a long time ago that the expression he admits is too harsh. But he did not hesitate. I agree with what he does, but the methods he chose may be interpreted incorrectly," says Belov.
He stressed that "the articles are really hard, but this is true."

"Criminal proceedings were instituted against him not for concrete actions, but for ideas and words. In our time, it is very dangerous to allow such statements, which he said, based on law-enforcement practice," Belov said.