24 May 2013
45
The reduction of strategic offensive arms in Russia is feasible with confidence that the US does not undermine Russia's nuclear deterrent potential, said General of the Army General of the Army Valery Gerasimov at the Military and Political Aspects of European Security conference in Moscow on Thursday. 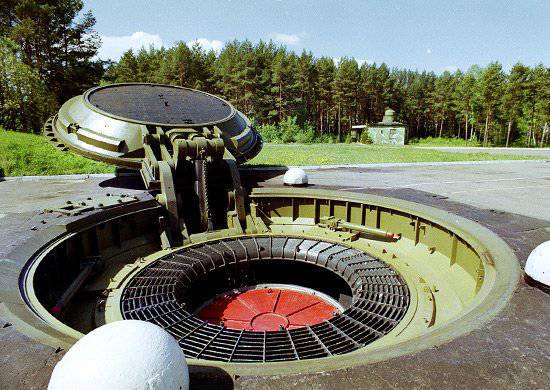 "Russia will reduce strategic offensive weapons, only being confident that the development of a global US missile defense system does not undermine its nuclear deterrent potential," Gerasimov said.

Gerasimov stressed that in the case of a “qualitative and quantitative” increase in the capabilities of the American missile defense system, Russia will decide whether to remain in the START treaty or not, reports RIA “News».

“The Russian position on US missile plans remains unchanged. We proceed from the need to obtain legal guarantees that it is impossible to use missile defense systems in Europe against Russian strategic nuclear forces, ”the head of the General Staff noted.

“If we want to get rid of mutual suspicions about each other’s intentions, then we really need to jointly analyze existing risks, develop truly collective, common approaches to neutralizing them, and not impose one-sided decisions as the only correct ones. This applies, of course, to missile defense, long-term military planning, and crisis management, ”he said.

According to the minister, “by working together as truly equal partners, we (Russia and the United States) can effectively complement each other, multiplying our potentials.” “Transatlantic solidarity should not be opposed to pan-European unity,” Lavrov added.

At the opening of the conference, the head of the presidential administration, Sergei Ivanov, read out a message from the head of state, in which Vladimir Putin expressed the hope that the meeting participants would be able to contribute to building confidence in the Euro-Atlantic space, including on issues of NATO expansion and missile defense.

“I hope that you will be able to contribute to the formation of greater trust and mutual understanding. I have no doubt that the ideas and recommendations that you have expressed will be in demand and will serve to strengthen security in Europe and international stability in general, ”the president’s greeting says.

The head of state stated that there are still various approaches to the deployment of a global missile defense system, the expansion of NATO’s military infrastructure, control over conventional weapons, and their reduction.

At the same time, the president believes that the international community has the necessary prerequisites for developing joint steps to strengthen equal security and a joint strategy to combat emerging threats and challenges.

“For this, today there are relevant prerequisites: the absence of fundamental ideological differences, the intertwining of economies, developing cultural, scientific and business contacts between people,” the message says.

The international conference takes place in Moscow on May 23 – 24. The objectives of the meeting are an open discussion of existing problems and the formation of proposals for finding mutually acceptable solutions to ensure equal security in Europe.

The forum is attended by representatives of the Ministries of Defense and the Foreign Ministry of Russia and the United States, OSCE Secretary General Lamberto Zannier, the heads of the defense departments of European states, international organizations (NATO, EU, CSTO), representatives of the European and Russian expert community - more than 250 delegates.

Ctrl Enter
Noticed a mistake Highlight text and press. Ctrl + Enter
We are
Measure seven times ...
45 comments
Information
Dear reader, to leave comments on the publication, you must to register.