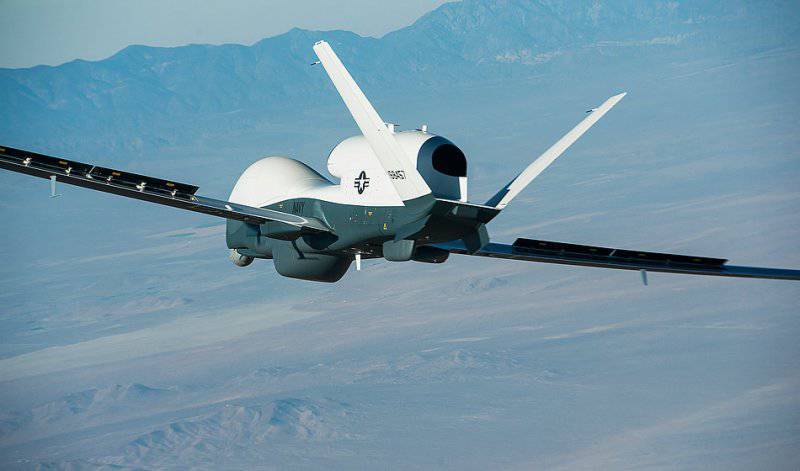 Palmdale, CA (May 22, 2013) built by Northrop Grumman drone aviation The Triton system completed its first flight with a company airfield in Palmdale, California. An hour and a half flight successfully demonstrated control systems allowing Triton to operate autonomously. Triton was specially designed for reconnaissance missions lasting up to 24 hours at an altitude of more than 16 kilometers, which allows it to cover about 2000 nautical miles. An advanced array of sensor systems can detect and automatically classify different types of vessels. (Photo courtesy of Bob Brown, Northrop Grumman) 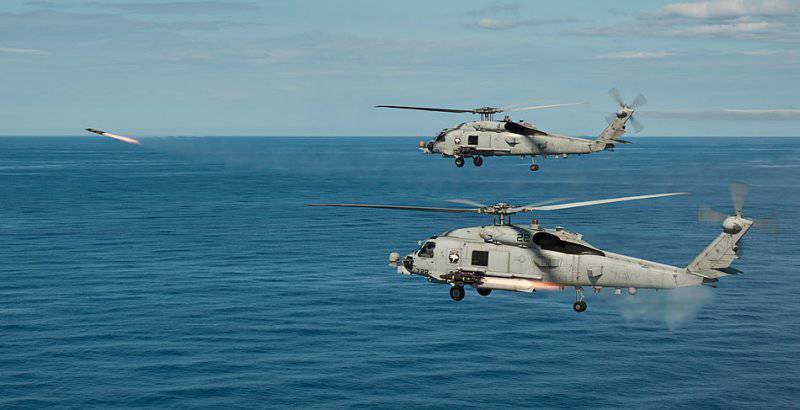 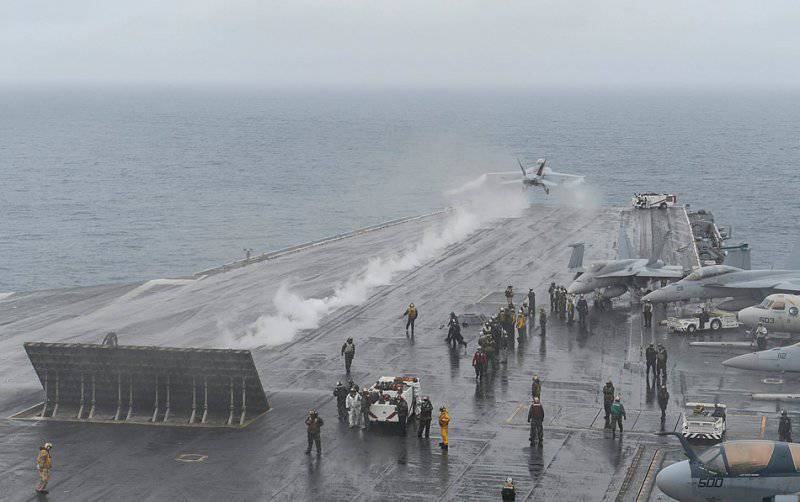 Pacific Ocean (17 May 2013 of the year) The F / A-18F Super Hornet, attributed to the 154 of the Black Knights (Black Knights) 68 shock assault squadron, takes off from the USS Nimitz aircraft carrier (CVN 7). The aircraft carrier Nimitz is deployed in the area of ​​responsibility of the American fleet XNUMX for the conduct of maritime security operations. (Photo by Mass Media Specialist Derek A. Harkins, US Navy) 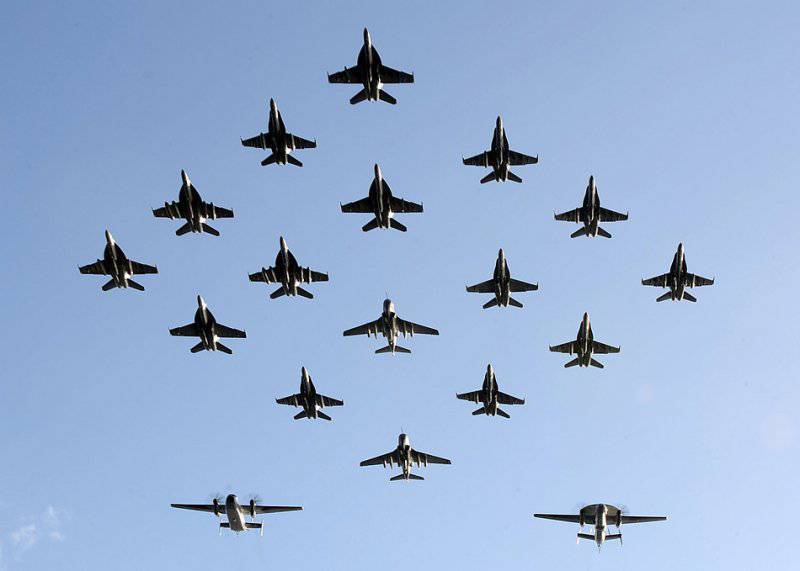 Aircraft as part of the carrier strike group John C. Stennis fly in formation during the demonstration of air force. John K. Stennis, an aircraft carrier strike group, is returning from an eight-month deployment in the area of ​​responsibility of the US 5 and 7 fleets. (Photo by Mass Media Specialist Marco Villasana, US Navy) 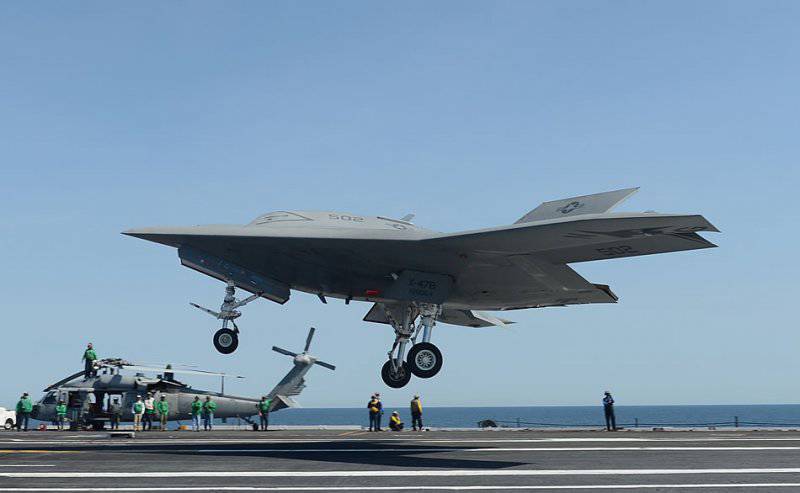 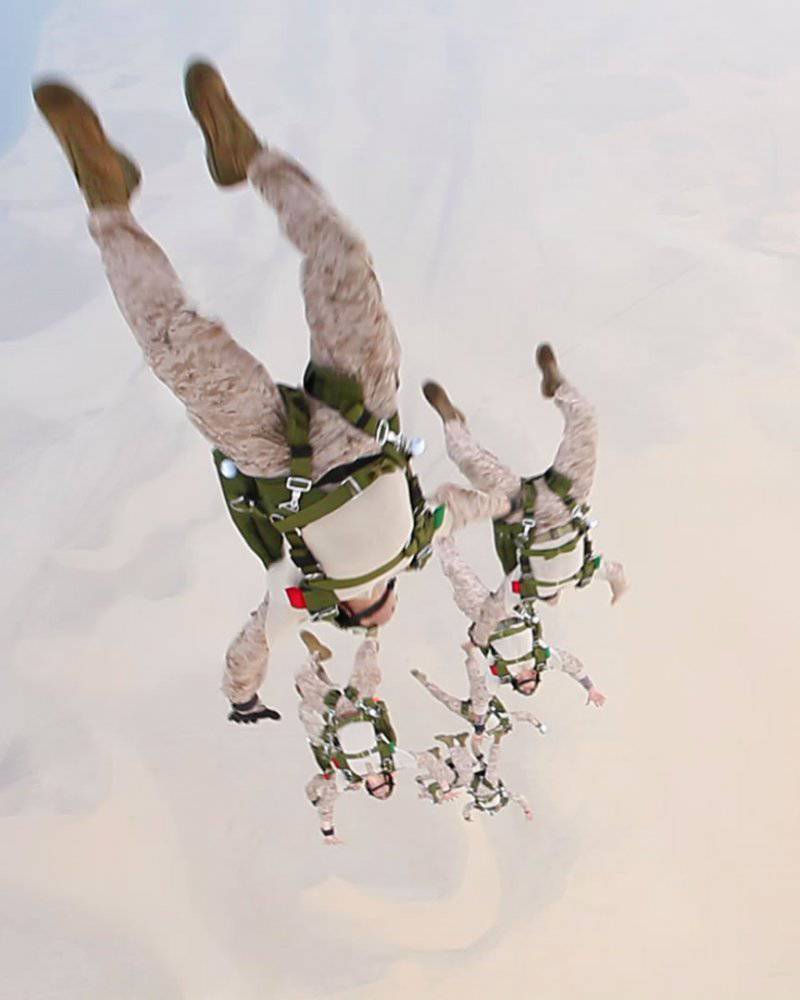 The Maritime Raid Force Marines 26 Expeditionary Marine Squadron (MEU), parachuting from the rear ramp of a CH-53E Super Stallion assigned to 226's Enlarged Marine Medium Squadron of Hip-Hop (VMM) while carrying out operations with a squadron (VMM) during an operation with a squadron of a naval force (VMM) assigned to an enhanced naval medium squadron of hip-hop (VMM) while performing an operation with a squadron (VMM) while performing an operation with a squad during the Eagle Reslove exercise on Qatar on 26 on April 2013. Eagle Resolve are annual multilateral exercises aimed at increasing regional defense cooperation of the Gulf countries and the US Central Command. The 26 expeditionary detachment of the Marine Corps is deployed in the area of ​​responsibility of the US Navy 5 fleet as part of the Kearsarge airborne assault group. The 26 Marine Corps Expeditionary Force is continuously operating around the world, providing the president and combat command with the capabilities of the marine-based rapid reaction forces. MEU is an airborne maritime target group capable of conducting amphibious operations, crisis response and limited emergency operations. (Photo by Corporal Christopher Q. Ston (Christopher Q. Stone), US Marine Corps)

7. Birds in the cold 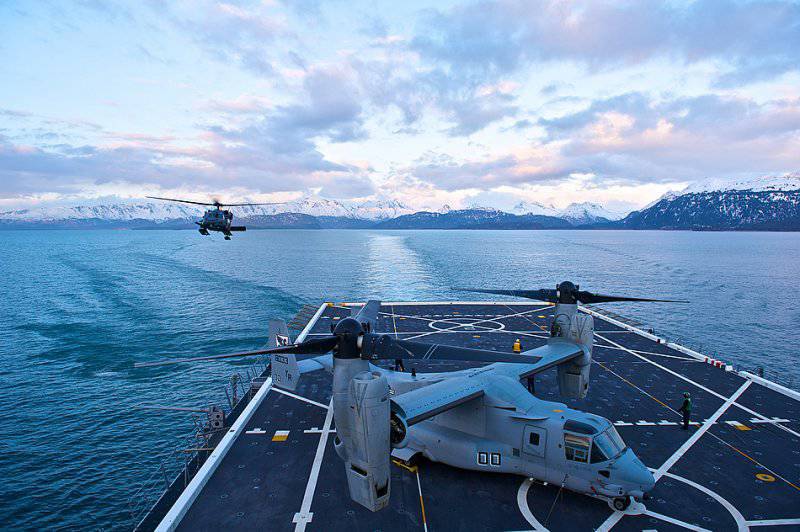 The crew of the HH-60G Pave Hawk Alaska National Guard helicopter from the 210 th rescue squadron from the Elmendorf-Richardson base is preparing to land on the USS Anchorage 30 of April 2013-year in Cook Bay. The pilots of the 210 Rescue Squadron practice landing on the USS Anchorage to gain skills that are not always available in this region. (Photo by Sergeant Zachary Wolf, USAF) 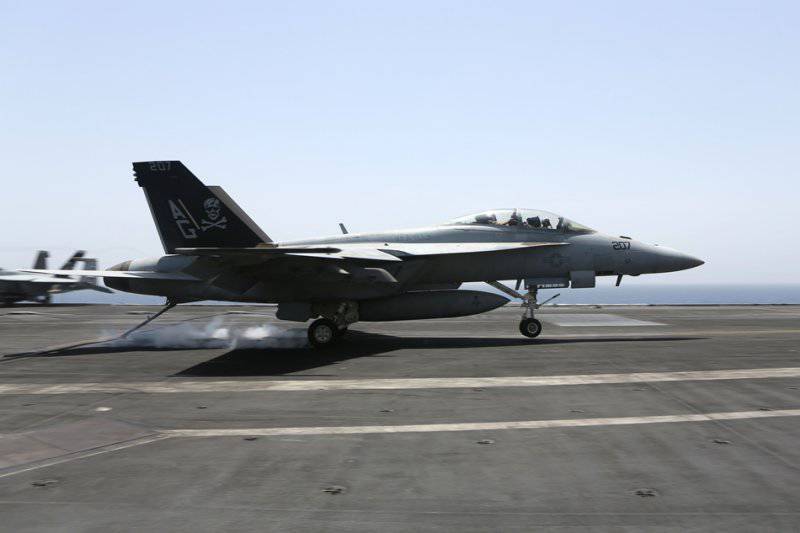 North of the Arabian Sea (8 on May 2013 of the year) F / A-18F Super Hornet, assigned to 103, the Jolly Rogers (Jolly Rogers) attack fighter squadron, lands on the flight deck of the US Navy carrier Dwight D. Eisenhauer. . Eisenhower is deployed as part of the American fleet 69, whose responsibility is to promote the safety of maritime operations and mission support as part of Operation Enduring Freedom. (Photo of 5 mass communication specialist Justin R. Wesley, US Navy) 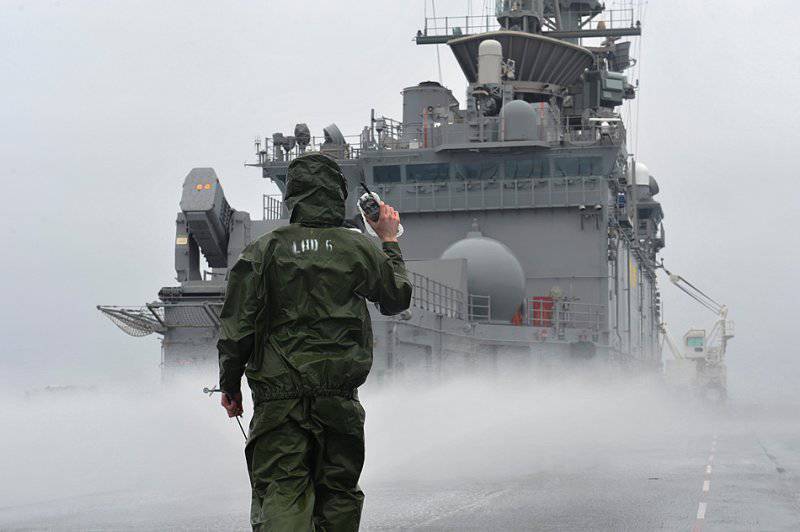 East China Sea (10 on May 2013-year) a sailor maintains radio communication with the bridge while participating in a special treatment by flushing the flight deck of the landing ship Bonhomme Richard (LHD 6). Bonom Richard is preparing to receive a commission for the inspection and acceptance of US Navy ships (INSURV). (Photo of 3 mass communication specialist Michael Achterling, US Navy) 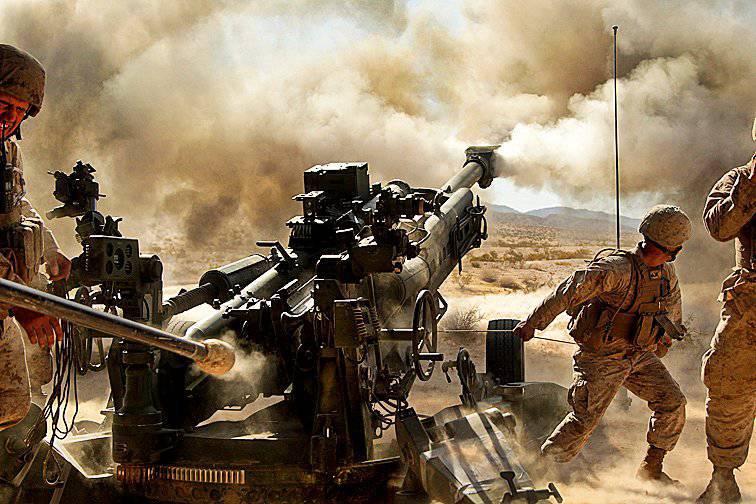 Marines fire a M777 A2 howitzer during the Quakenbush Combat Center series of complex exercises at the range in Twentynine Palms, California on 26 on April 2013 of the year. The Marines are assigned to the 5 Battalion of the 14 Regiment of the Marine Corps of the US Marine Corps. (Photo by Corporal William J. Jackson, William J. Jackson)

Ctrl Enter
Noticed a mistake Highlight text and press. Ctrl + Enter
We are
10 photos from strategypage.com from 10 May 2013 year10 photos from www.strategypage.com, 18-april 2013
53 comments
Information
Dear reader, to leave comments on the publication, you must to register.