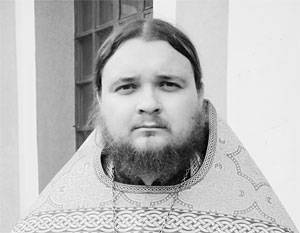 The dislike of one people for another is an old song. The descendants of Isaac - the Jews - still hate the descendants of his brother Ishmael - the Arabs. The British and French historically mutually do not love each other. And who do we hate Russians?


It would be unfair to forget that the Great Patriotic War was won by the Russian people, who belonged mainly to the Orthodox tradition. Just do not rush to get the rotten tomatoes in this phrase and accuse the author of ideological speculation.

The concept of "Orthodox tradition" I mean in the broadest sense of the word. Even joining the party and sometimes fanatically renouncing God, many Soviet soldiers retained the best features of the Christian mentality, such as sacrifice and attitude towards one’s neighbor as oneself. But the real Orthodox virtue, which the rest of the world is so alien to, is meekness.

Let us be honest, the Russian people, like other ethnic groups, have many characteristic flaws: chronic disunity, sometimes vulgar disrespect for elders (see, for example, our tales, where grandparents and grandmas are funny at best, and sometimes mercenary silly), indisputable laziness (judging by myself, forgive) and so on. But there are also unique, very rarely encountered virtues, the most precious of which is meekness and gentleness.

As half a century ago, so now there is, perhaps, not a single family that the war would not have touched at all. Many did not just die, but were killed in a cruel, inhuman way. Once I heard a terrible story of a gray-haired veteran who fought in intelligence, about how his squad occupied the village left by the fascists, where all the inhabitants were exterminated, and the bodies of children, from teenagers to babies, were filled up with wells ...

How can you not hate them? The Russians, of course, hated, but did they begin to take revenge when they reached Berlin? For us, a strange question, right? It is impossible to imagine a Soviet soldier or officer who kills an unarmed teenager from the Hitler Youth with the words “this is your wife and son, fascists damned!” As, however, the inhuman attitude towards the captured Germans - in most cases it was very humane.

Do we now have a hatred for the Germans? I dare say, perhaps, not only for myself, although I have lost ancestors - not at all. Some will say: that was the fascists, not the Germans - and they will, of course, be right. But they say so and consider it only because we have not yet lost to the end of our meekness and gentleness. If these virtues did not exist at all, then they would not have understood: the fascists are not fascists. At best, they would simply hate, turning pale from indignation, only by hearing the German speech, and at worst they could have avenged themselves.

Remember what fate befell the terrorists who killed the athletes of the Israeli Olympic team in 1972 in Munich 11? A special department was established in the Mossad to exterminate the criminals involved in the terrorist attack. After six years and five months, all the gangsters were killed by gangster methods in different parts of the globe. Ninety-year-old Nazi criminals are still sought by Israeli activists who have dedicated their hatred and revenge to their whole lives.

The dislike of one people for another is an old song. The descendants of Isaac - the Jews - still hate the descendants of his brother Ishmael - the Arabs. The British and French historically mutually do not love each other. Armenians do not like Georgians. And who do we hate, Russians, ordinary people, which are the majority? Difficult to answer. Somehow I don’t even believe it myself, but essentially nobody.

We are a wicked nation. Yet. We did not exterminate the indigenous people of Siberia and the Far East, treating the aborigines with “sugar” - arsenic - and exchanging trinkets for jewels. We actually had no serious campaigns of conquest (compared to history other countries). We did not drop nuclear bombs on peaceful cities. Yes, we had serfdom, but it can not be compared with the later apartheid in South Africa or racial discrimination in the United States. We did not have the horrors of medieval religious wars and the Inquisition as a social phenomenon.

Perhaps that is why we have one sixth of all the land, and even some - rich in resources and fertile lands, without poisonous reptiles, earthquakes and tsunamis. Reflecting on this topic, you are convinced that the word of Christ the Savior in the Sermon on the Mount is false: "Blessed are the meek, for they will inherit the earth." How many were militant conquering nations, but they also did not have such wealth, and did not last long.

And we, God willing, will still live if we are inspired by the feat of our order-bearing meek winners, learning from them this irrational and uncomplicated virtue, which, unfortunately, is becoming less and less in society.

Ctrl Enter
Noticed oshЫbku Highlight text and press. Ctrl + Enter
We are
What you didn't want to know about EnglandOn the other side of the “red” and “white”. Izborsk Club Report
Military Reviewin Yandex News
Military Reviewin Google News
202 comments
Information
Dear reader, to leave comments on the publication, you must to register.