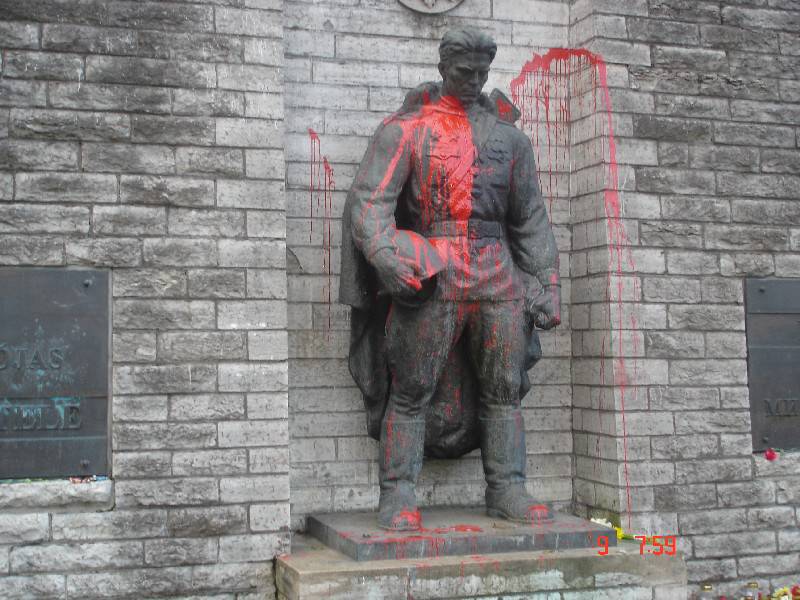 Thinking about the essence of liberalism, I was pushed by the latest events in our country, which are actively covered in the media. And although the topic is rather trashed, it is very important, and it’s worth talking about it all the time. The statements of individual representatives of circles that identify themselves with the liberal ones could not remain unnoticed by the patriotic part of the society. I refer to her first of all those people who fought or are fighting for their Motherland on various fronts - military, informational, labor. They fight because they believe in the future of their country, are proud of its past and honor their compatriots who have once inscribed their name on the glorious pages of Russian stories. Listening to our liberal representatives, with all my desire I cannot hear sounds that even remotely resemble the noise of a battle for the future of Russia. And more and more often there are suspicions that they are fighting completely on the opposite side. Maybe I have a hearing problem?

“The Russian people are in many ways like cattle” (Evgenia Chirikova)
“It’s a shame not to steal such a state” (Mikhail Khodorkovsky)
“It's okay that some pensioners are dying out ... but society will become more mobile” (Yegor Gaidar)
"" What are you worried about these people? Well, thirty million will die out. They did not fit into the market. Do not think about it - new ones will grow "(Anatoly Chubais)
“What innovations are there, what industry! The fate of Russia - to export oil and other raw materials! Forget the rest! ”(Igor Yurgens)
"I think that one of the greatest tragedies for Russia is the adoption of Orthodoxy ... I think that Orthodoxy was a heavy burden for Russia" (Vladimir Pozner)

The overall picture is completed by the words of Leonid Gozman about the "scum" that on 9 May waving red flags from the windows of German cars. And also about the modern generation of Russians, which has nothing to do with the generation of winners, and therefore with the Day of the Great Victory. No matter how bitter it is to hear the above-mentioned rudeness towards the Motherland, it proves that everything is in perfect order with my hearing.

“Our Russian liberal is, above all, a lackey and he only looks at how to clean up somebody’s boots.” This famous phrase belongs to the outstanding Russian writer Fyodor Mikhailovich Dostoevsky. How relevant is it after so many years! Russian liberalism, like many trends that have come to us from the outside, has quite specific features. And the main one is, perhaps, a diligent blackening of its own history. It seems that today's liberals do not directly deny the great victories of the past, but then they try to find negative sides in them, they try so hard that the uneducated person may ask: did they have any victories and victories? Citizens who are not indifferent to the history of their country, people whose ancestors defended the honor of the Fatherland in difficult times, all those who love their country as their own Mother, such mud showering naturally causes the most negative emotions towards, so to speak, “accusers ". Hence the emotional articles about "lampshades from the ancestors of the current liberals." Of course, such statements to anyone should not be allowed, but one unpleasant fact is striking. The party that allowed itself this statement, realizing the search, immediately apologized. However, none of our respected liberals apologized for the heap of impurities that they poured on the state, on the people representing it .. They always consider themselves to be right in everything, well, and the people are such an ignoramus, they say that they didn’t even grow up to freedom. Dear sirs and unaware that a significant part of Russian people despise such freedom with the soul of the people .. freedom to spit on the past of their country, its present and even its future. People are tired of liberal tales about fair market economy, when everyone parasites everyone, about the importance of individualism, when a person looks at a person as a competitor, about democracy, which in its current forms looks more like a collective dictatorship. At the same time, everything that has been dear to our people for decades has been sown with mud, the thought of the wrong path that the country has been following for many years, the utopianism of communist ideas is being driven into people's heads ... And who has actually proved this? Who decided for the people how to live better? Liberal representatives like to talk about honesty, so let's honestly admit that if there had been no forced collapse of the USSR, the Union would still be alive, such was the will of the Soviet citizens in a referendum! Newly appeared rulers wanted to sneeze on people's opinion!

Fast forward to a more distant past. In the courtyard of 1825 year, known for the uprising of the Decembrists, who became one of the first carriers of liberal values ​​in Russia. As Griboyedov aptly said, by the way confessing the same values, but in a slightly different way, “a hundred ensigns want to change the whole state of life in Russia, I told them that they were fools”. Notice, it says liberal, progressive. So why did he, in fact, oppose his like-minded people ?! The fact is that Alexander Sergeevich, being a Russian diplomat, state adviser, was aware of the entire destructiveness of the situation when liberal ideas served as a weapon against the Russian state. He was a rare example for our country of a person who used liberal thought for the good of his Fatherland. Be more precisely such liberals and who knows how our people would treat today to this trend.

Alas, patriotic liberals in our country were rather the exception. Unlike the same England, where liberalism has always stood guard over state interests. Let's remember together the great achievements of our state, which cause a sense of pride. By a surprising coincidence, none of them falls into those historical periods when the liberal elites "ruled" the country. Moreover, these same segments for Russia became fatal, twice over the past hundred years, almost putting an end to the very existence of the state. Gentlemen liberals and their like-minded people do not like to talk about it, and if they do, they immediately disown their involvement in the collapse of a century-old empire. Bloody Stalin is to blame for all the troubles, there are calls for carrying out a similarity to the Nuremberg process in relation to communism, whereas a large part of the population, I think, would not mind replacing the word “communism” with “liberalism” in this sentence. Speaking of the latter, I mean precisely Russian liberalism as a phenomenon somewhat different from the western equivalent of this concept.

I do not want to offend anyone, but looking at the behavior of our esteemed liberal intellectuals, the analogy with a ram comes in its head, fiercely beating its head against the mirror, struggling with its reflection. Leonid Gozman, for example, is constantly trying to denounce the “bloody Stalinist regime,” which, in his opinion, brought enormous damage to the country and people, but as soon as attempts are made to expose the liberal reforms of the 90s, which by the way caused no less damage, but perhaps, at times more, indignantly protesting against such accusations, posing as a standard of honesty and justice. Another glorious statesman, Ilya Ponomarev, shouts the loudest about the need to fight corruption, the lack of transparency of the financial system, and at the same time the scandal with the Skolkovo Foundation, from which Illya illegally and by an incomprehensible scheme gained a huge amount of money, is gaining momentum. Ponomarev kindly ignored the request to return them. So who are you fighting, gentlemen? It turns out that the main misfortune of the unpopularity of liberal ideas in Russia lies in the people that they are voiced. They speak beautifully, emotionally, but completely in a strange, unpleasant Russian rumor language. Liberalism in our country will have at least some success only when dear gentlemen begin to defend the interests of their homeland, and not run for support to the American ambassador and do not shout at every turn about the crimes of their country against "free humanity." Alas, there is no hint of this.

In conclusion, I would like to apologize to our dear Veterans for all the brazen lies that they hear when they once again throw mud at those values ​​for which our grandfathers and great-grandfathers fought for. Sometimes you are terrified when you try to equate communism with fascism, SMERSH to the SS .. when it is said with contempt that the USSR fought extremely ineptly, hence such big losses .. when in the 1812 war, the main winner of Napoleon is General Moroz .. there are many examples. And if more recently such statements would have sounded blasphemous, today, unfortunately, they are not ashamed to voice them in the most serious programs on central television channels. At the same time, a lot of various experts were trying to provide, in their opinion, undeniable facts. To determine that delirium, submitted as a fact, does not cease to be a delirium can only be a person who knows the symptoms of this disease, and it is very important that as many of such sensible people as possible remain in our society. This will be a reliable guarantee that we will not wake up one day in the Stone Age, without our own great history and national heroes.

So what is the essence of today's liberalism? It is his Russian components? In my opinion, the essence lies in the inability to think and act constructively, for the benefit of Russia. The ideology of the Russian Empire, with its postulates of first building the World Christian Empire, later “Orthodoxy. Autocracy. Nationalities, brought up morally and spiritually. Soviet communism indicated the ultimate goal, towards which our people reached colossal scientific, military and industrial heights. Russian liberalism ended the royal empire, effectively abolishing the army at the height of the First World War, and by the end of the century, the people were impoverished in poverty about democracy and prosperity during the terrible wars and cataclysms. At the same time, no gentle creations, like the first satellite, radio or moon rover, could be demonstrated by the liberals during their time in power. They boasted only abstract and obscure to most of the population voucherization, building a market economy, privatization, etc. Against the background of past victories and breakthroughs, all this does not look impressive at all. But our liberal intelligentsia is trying hard to prove the opposite. Such are the mysterious people.

Ctrl Enter
Noticed a mistake Highlight text and press. Ctrl + Enter
We are
What you didn't want to know about EnglandThe West without the USSR: the world goes to an ideological explosion
43 comments
Ad