21 May 2013
10
Today, the monitoring of outer space plays an increasingly important role in solving military and civilian tasks. In this regard, the astrologers are again relevant and in demand. The most famous Russian "military astrologers" bear their service in Tajikistan. Here, near the city of Nurek, an important element of the Russian Aerospace Defense Forces is located. We are talking about the optical-electronic complex (OEK) "Window".


OKE "Window" was designed by experts of the Krasnogorsk plant design bureau (chief designer V.S. Chernov). This object is intended for automatic monitoring and detection of high-orbital space objects at altitudes up to 40 thousand km., Establishing their class, state, purpose, orbit determination, as well as nationality. In comparison with traditional means of radar monitoring, it has a significantly longer range and better accuracy for measuring the parameters of space objects located on both highly elliptical and geostationary orbits.

The space control complex is located on the territory of Tajikistan in 9 km. from the city of Nurek. It is located at an altitude of 2216 meters above sea level. This place in the 70-ies of the last century was chosen by Soviet builders by chance. The main criteria were the properties of the atmosphere in the area (stability and transparency), as well as the number of clear night hours (more than 1500 hours per year). According to these characteristics, this area is comparable to the best region of the world (Sierra Tololo mountains, Chile) and has indisputable advantages over other points of the globe. On the territory of the USSR, a terrain with similar parameters could only be found in the Caucasus, but the location under Nurek, which is much further south, allowed capturing a much larger number of objects. 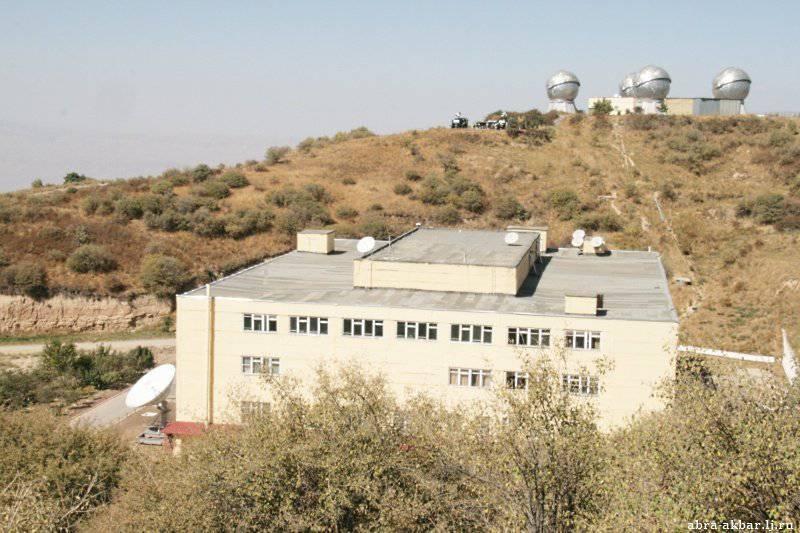 The construction of the complex in Nurek, approximately 16 km from the Nurek hydropower plant, was started in 1979, however, due to the worsening internal political situation in Tajikistan in 1992-1996, the construction of the facility was temporarily suspended. The continuation of construction work, after coordination with the authorities of Tajikistan, became possible only after stabilization of the situation in the region. 19 November 1999, the complex "Window" started to work, he was put on an experimental combat duty. Over time, the capabilities of this unique complex only increased.

Optical-electronic complex "Window" allows the Russian military to detect, recognize and calculate the orbits of various space objects larger than 1 meters in automatic mode at altitudes from 2 to 40 thousands of kilometers. The complex collects non-coordinate (photometric) and coordinate information on space objects, calculates the motion parameters of objects, and transmits information to the corresponding controls. According to the external target designation, the OKE “Window” can monitor and low-orbit space objects with an altitude of from 120 to 2000 km.

The “Window” complex includes several types of optical-electronic stations with different ranges of controlled heights, a computer-based computing system with developed software and algorithmic software, and specialized hardware. Detection of space objects is carried out in the passive mode, which significantly reduces the cost of electricity. UEK energy consumption is comparable to the energy consumption of an 150-apartment building. The United States currently has 3-like objects, but they are all inferior to the Russian in their efficiency, since they require a much higher power consumption - they monitor the space using laser illumination. 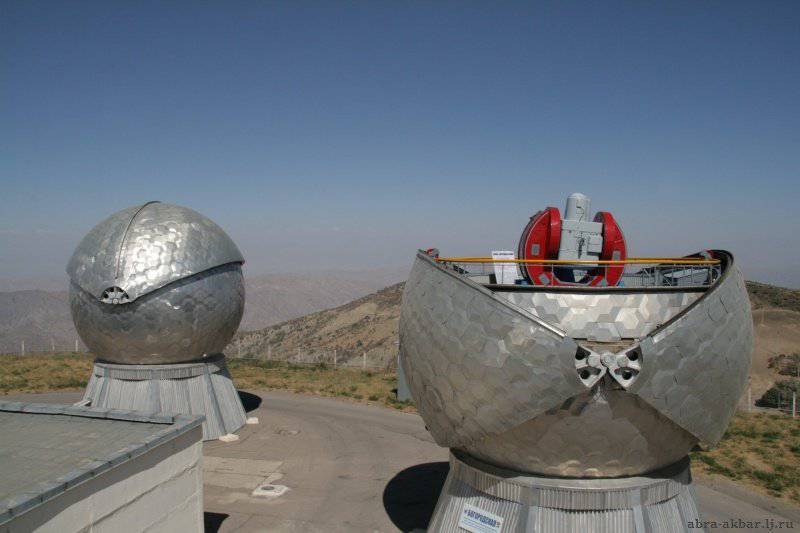 Direct observation of space objects is carried out at night, when sunlight reflects from them and the officers of the complex receive the necessary information from these flares. At the same time, the work of OKE “Window” was fully automated. During a session, it can work in real time without involving the operator and transmit information about both already known and newly discovered space objects. At present, there are already more than 9 thousands of objects in the catalog of the complex.

From the point of view of geography, the complex is located in such a way that any spacecraft launched into orbit from any American polygon and located at an altitude of more than 2000 km. At the very first orbit will be carried out in the Okno window area of ​​responsibility. Speaking more simply, the chosen location of the complex provides the solution to all tasks assigned to it with the same efficiency (some experts believe that according to several criteria even more) as the American GEODSS system - the ground-based electro-optical deep-space observation system. GEODSS includes 4 stations that are relatively evenly spaced along the Earth's equator (USA, Diego Garcia, South Korea, Hawaiian Islands).

In addition to military tasks, the Window complex can also successfully solve tasks related to the development of outer space by Russian organizations and departments. The very high technical characteristics of this complex make it possible to use it as an effective means of ensuring the operation and testing of Russian spacecraft being launched into high orbits. Particularly important is the role of the optical-electronic complex “Window” in solving problems related to the occurrence of abnormal situations, such as the failure of onboard communication systems or the “loss” of the spacecraft, when the assessment of the technical condition of spacecraft control systems becomes impossible. 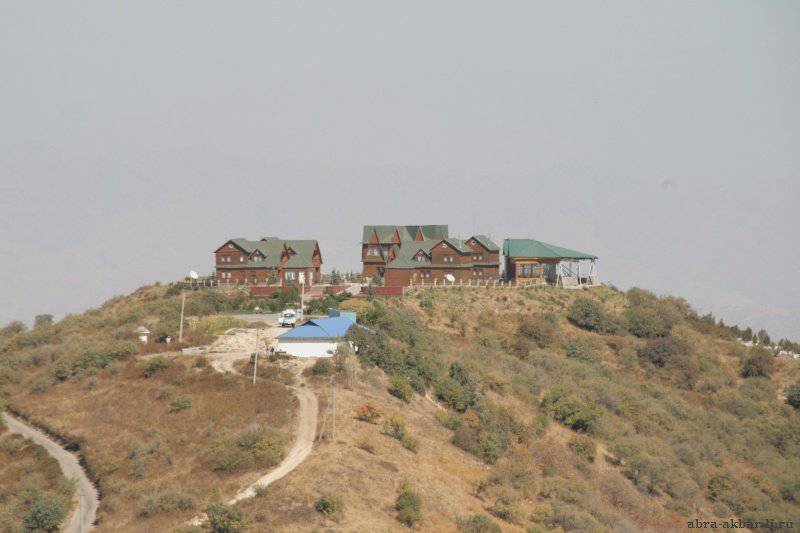 The capabilities of OKE Window allow it to be used also for environmental monitoring of outer space as part of international monitoring programs for space debris, which poses a real threat primarily to manned space flights. The urgency of the implementation of such programs is widely recognized by the world scientific community, the UN has already carried out relevant activities.

At the same time, in connection with the involvement of an increasing number of countries in space in the near future, the problem of monitoring compliance with international legal standards by member states of the International Telecommunication Union Regulations may become very acute. In particular, in the field of compliance with frequency assignments and the placement of connected spacecraft in geostationary orbit. When solving problems of this kind, which are of national importance and open up prospects for the commercial servicing of relevant applications from foreign customers, the Window complex is quite an important tool for ensuring the interests of the Russian Federation, including economic ones.

If to argue strategically, then the OKE Okno is a serious step forward for Russia in predicting possible aggression and all sorts of threats against our country and our allies. In modern wars, the main focus is increasingly on advanced models of military equipment and high-tech weapons. All this leads to the fact that space begins to play a very important role. It is from space that military satellites are used for reconnaissance, basic control, building navigation and communications systems. That is why, if some country in the world puts new devices into orbit or regroups its space objects, it is possible that this is somehow connected with the preparation for any actions. The Russian Window complex is able to see such activity. Every year, the role of OEK Window in ensuring the security of the Russian Federation and its allies will only grow. At the same time, the range of tasks of the complex is wide enough without military use. The information and data obtained here is also extremely important for the successful development of Russian space programs. 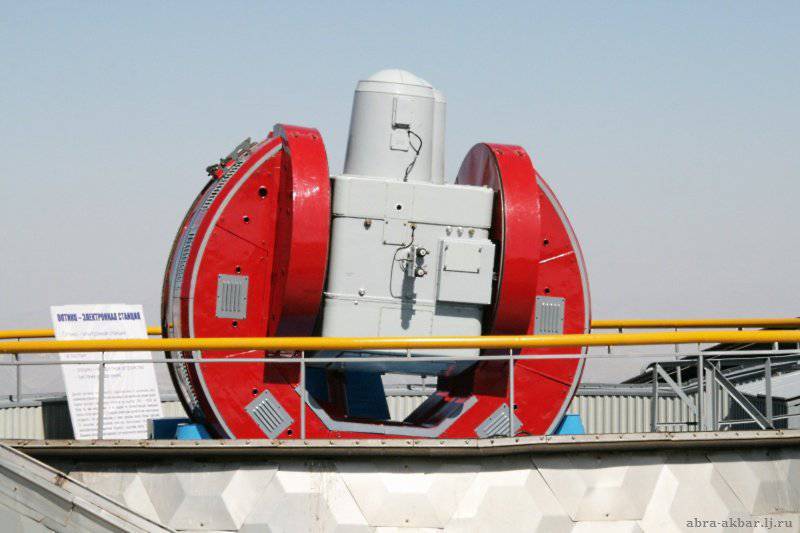