What is the strength in, brother?!

21 May 2013
40
May 18 died one of the most extraordinary and beloved by his contemporaries Russian filmmakers Alexei Balabanov. Only his relatives and friends knew that the director had been seriously ill for a long time and was even preparing for death. However, the death from a heart attack still turned out to be sudden for everyone. Balabanov in February turned just 54 year. Already we can say that this is an irreparable loss for all Russian cinema and all modern Russian culture.


Alexey Balabanov was born on February 25 of 1959 in Sverdlovsk (now Ekaterinburg). The future director's childhood and youth were spent in this city, which at the end of 1970 and early 1980, unexpectedly became the center of culture, which was very different from the Soviet officialdom. After completing high school, Aleksey Balabanov did not think about linking his further life with cinema, he went to Gorky (now Nizhny Novgorod), where he began studying at the local Institute of Foreign Languages ​​as a translator.

In 1981, after graduation, he became a serviceman in the Military Transport aviation. Almost 25 years after that, the director said that the experience of military service he himself saw in Afghanistan, as well as those stories, which he heard at that time, found a direct reflection in his, probably, the most difficult and gloomy picture for the perception of the mass audience: “Cargo-200”. 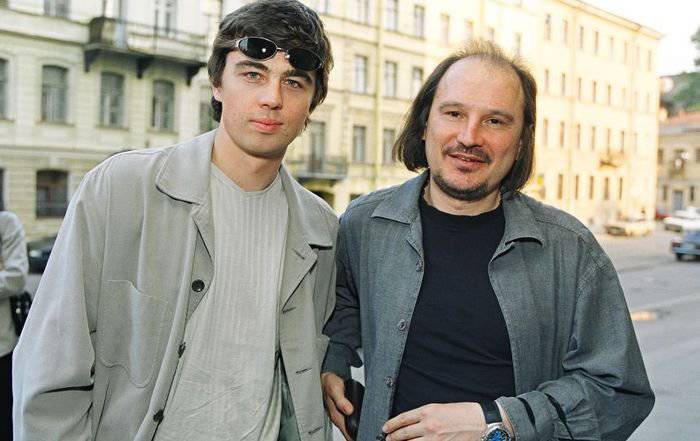 The first serious work of the future director, his graduate work at the Higher Directing and Scenario Courses was the documentary-game film “Egor and Nastya”. In this film, the unreal story was presented in quite real interiors. In this film, Alexei Balabanov shot the musicians of the Sverdlovsk rock club: Vyacheslav Butusov, Nastya Polevu, Igor Belkin. In the future, domestic rock artists and their songs will be featured in many of his films.

In 1990, Balabanov graduated from the Higher Courses of Scriptwriters and Directors, where he studied at the experimental course “Author's Cinema” B. Galantera and L. Nikolayev. In the same year, he decides to move to St. Petersburg. It was in the northern capital that his great and triumphal journey began as a director. Balabanov began to engage in cinema in a very difficult time, when cinema, it seemed, ceased to be needed by anyone, and even the most well-known and honored Russian directors either retired or went to frankly commercial projects. It is at this time that Balabanov creates his own unique cinema language, unique to him. In 1991, he shot the film “Happy Days”, in which he showed St. Petersburg the way no one had shot it before. This was his first full-length film. 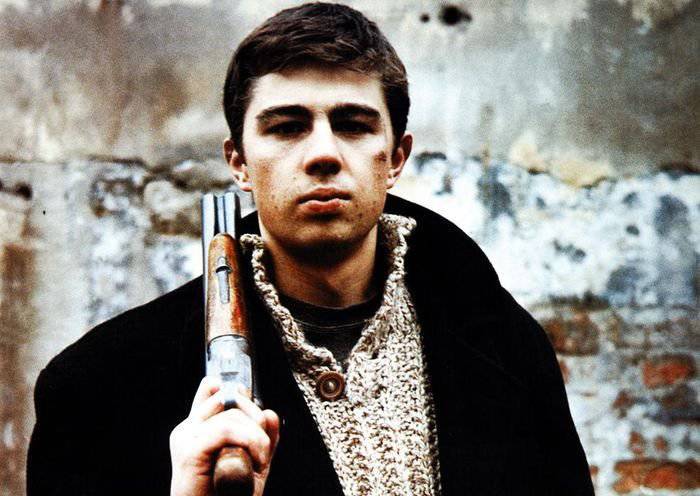 Sergey Bodrov - the hero of the film Brother and Brother-2
Shortly thereafter, Alexey Balabanov co-wrote the script (it is worth noting that Balabanov wrote the script himself for all his films) of the film “Border Conflict” by the young director Nadezhda Khvorova. In 1992, he, together with Sergey Selyanov and Vasily Grigoriev, acted as co-founder of STV Film Studio. It was with the participation of this film studio that almost all his work in the cinema was subsequently shot.

In 1994, the director presented his second full-length film to the public. The film was shot based on a classic work. Balabanov managed to film the famous castle of Franz Kafka. For this work, Alexei Balabanov was awarded the prestigious film award "Nika". In the same year, he made his debut as a producer - he produced the tape “Confession to a stranger”.

Before 1997, Alexei Balabanov was already recognized by the Russian film community, critics responded well to him, but the success of the All-Russian scale and the love of the mass audience was brought to him by the film “Brother”. In this film, 26-year-old Sergei Bodrov Jr. played a major role. Willingly or unwittingly, Balabanov succeeded on the movie screen to bring to life the symbol of that restless time in which "there must be good with the fists."

Danila Bagrov, performed by Sergey Bodrov for the 1990-s, was the first and, apparently, the last hero of a whole generation, an entire era. The music for this film was written by Vyacheslav Butusov. This picture was instantly dismantled by the Russian audience for quotations, the film became the cult and most significant Russian 1990 film. Remarkable is the fact that the film “Brother” (was shot with a very modest budget) became the highest-grossing film of the country in 1997 year. 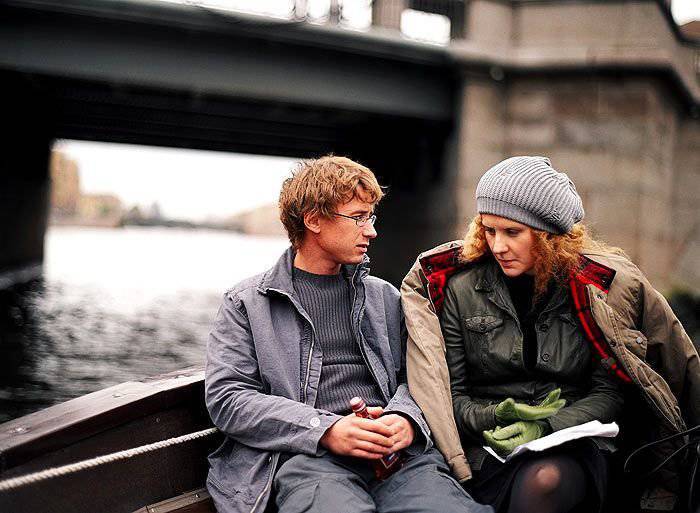 The film "I do not hurt"
After such a noisy and deafening success, Balabanov made a rather unexpected turn. In 1998, he made an art-house film "About Freaks and People." This picture touched on a very unusual and provocative topic: she told about the first creators of pornographic films in pre-revolutionary Russia. This film, as the director later said in his interviews, “is the only one to which I personally have no complaints.”

The next movie of Balabanov, which was shot by him in 2000, was the film “Brother-2”. For the soundtrack of this film, the director picked up songs mostly not the most famous at that time rock groups, which after this film became loved and recognizable. This picture caused a really vigorous and ambiguous reaction in the press and, of course, was very well received by the mass Russian audience. Alexey Balabanov was able to make films that the viewer can now recall this or that era from the life of the country. If his first “Brother” was a “document of the epoch” for the middle of 1990's, then the film “Brother-2000” released in 2, telling about the future fate of Danila Bagrov, was already a sign of farewell to 1990, with many illusions and patterns of the time.

In March 2002, Balabanov shot the film “War”. “War” is a dramatic action movie about the Chechen war, in which Sergey Bodrov, English actor Ian Kelly, Ingeborg Dapkunayte starred, and young actor Alexei Chadov debuted for the first time in a big movie. The film premiered in March 2002 of the year, and in June this film received the highest award of the Kinotavr film festival - the Golden Rose. 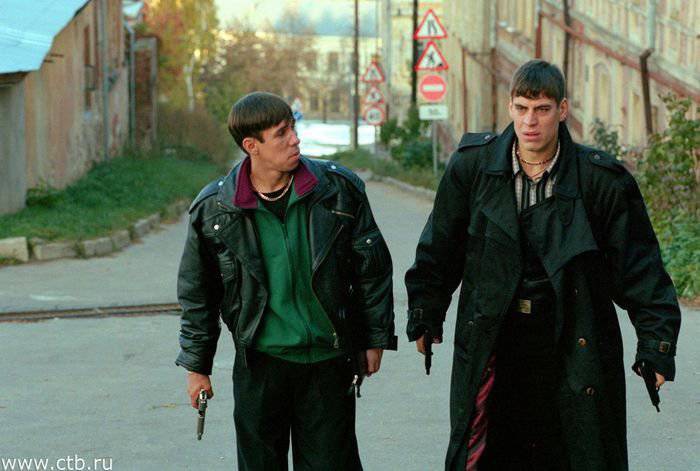 The film "Dead Man's buff"
His next film was the "infinite film comedy" of "Dead Man's Bluffman". This time, the director has assembled a truly very stellar composition for his film: Dmitry Dyuzhev, Nikita Mikhalkov, Renata Litvinova, Viktor Sukhorukov, Alexey Serebryakov, Sergey Makovetsky, Andrey Panin, Alexander Basharov, Yuri Stepanov, Tatyana Dogileva. This cast would be enough for more than one movie. And the fact that they all agreed to the shooting, only confirms the greatness and talent of the director Balabanov. 2005's tragic comedy of the Dead Man's Bluff is the brightest farce, they are bandits, businessmen and politicians. This movie again told the viewer about the life of Russia 1990's.

In later films the director, as his relatives believe, has already begun to talk about himself about his serious illness. They became harder and darker. “It Doesn't Hurt Me”, “Cargo-200”, “Morphine”, “Stoker”. Balabanova’s latest film - a realistic fairy tale “I also want” was released in December 2012 of the year.

He finished the film “It Doesn't Hurt Me” in the spring of 2006. In this film, the director first tried himself in the genre of melodrama, and again his work can be considered very successful and shrill. Alexander Yatsenko, Renata Litvinova, Nikita Mikhalkov and Dmitry Dyuzhev played a piercing story about love and death before the audience. 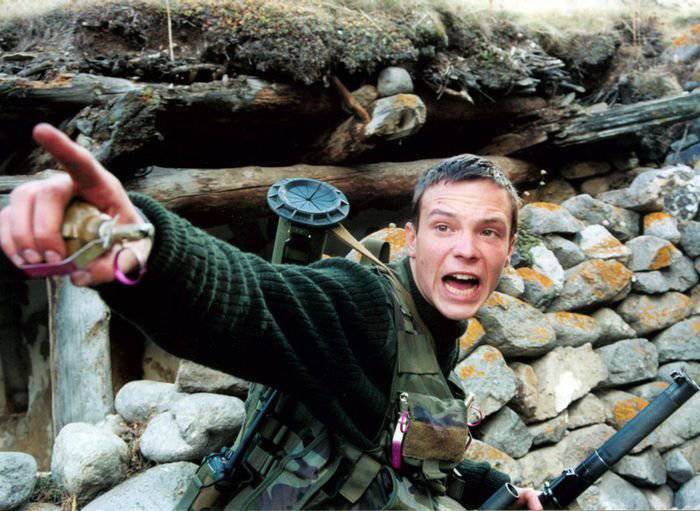 The film "War"
In 2007, Balabanov shot his film “Cargo-200”, which takes place in 1984 year. The film showed the viewer the reverse side of both the idyllic Soviet reality and human nature. However, the director himself said that “Gruz-200” is a film about love. At the same time, the film community and the audience perceived the picture ambiguously: their opinions split roughly equally. Part of the fiercely stigmatizing Balabanov, accusing the director of slandering and distorting the Soviet past, others called “Gruz-200” one of the most worthy films of recent years. Due to the presence in the scene scenes of cruelty and violence in many cities, the picture was removed from the rental.

At the end of 2008, Balabanov presented another grim picture of Morphine, which was based on the stories of the famous Russian writer Mikhail Bulgakov. This picture was a tribute to the memory of Sergei Bodrov, who once wrote the script for this film. The main role in the film was played by a young actor Leonid Bichevin, who had previously starred in Balabanov in the film “Cargo-200”.

His penultimate work was The Fireman, which was released in October 2010. This is a chamber film, which was filmed in 3's scenery and tells the story of the contused major retired who returned from Afghanistan to a rapidly changing state. This film was shot by Alexei Balabanov, not involving professional actors for the work, the only exception being the leading actor Mikhail Skryabin. Actor of the Yakut theater, which has repeatedly starred in his paintings. 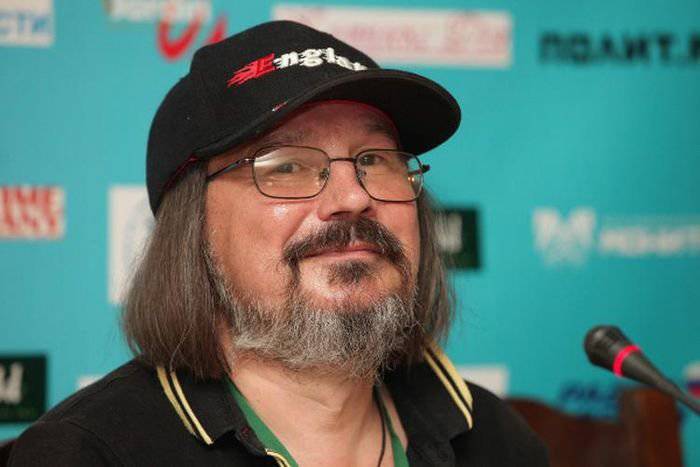 It is worth noting that Alexei Balabanov was a patriot to the bone. Often it was reproached, but the director never gave up and continued to provoke the public. He was quite worried about the collapse of the USSR and loved Russia. But at the same time, what happened in the 1 / 6 space of the land part broke it; it was not by chance that many dialogues of his characters seemed too hard, challenging, untimely to many people. Alexey Balabanov, as they will say later, “blew up” Russian cinema with his civic position, which is far from clear and accepted. In his films, he showed life here and now, and the viewer of his films did not always understand what to do from what he saw - to laugh or be horrified.

According to Mikhail Trofimenkov, a well-known film critic, who knew Balabanov well, the director’s health has been severely undermined lately; he was shooting his last works, being seriously ill. In an interview with the BBC Russian service, Trofimkin noted that with his films Balabanov was fighting with death and not only with his own. According to him, he has managed to become a truly cult figure for Russian cinema of the last 2's decades. Modern Russian cinema is afraid of life, while Alexey Balabanov was one of those who were not afraid to broadcast this life on the screen. He broadcast Russia on the screen, the film critic noted.

A few days before his death, Balabanov gave a terrible, because the prophetic interview. Further, his words: “Most likely, there will be no more films by Alexei Balabanov. For some reason, I have such a premonition. Although I wrote the script for a new film, and in my opinion it is not a bad one. Just what, I will not say. " Fyodor Balabanov, the son of the director has already announced his intention to film the latest work of his father.