What prevents to stop the expansion of radical Islam in the regions of Russia? (On the example of the North Caucasus Federal District)


The only region of the North Caucasus Federal District, which is not the so-called national republic, is the Stavropol Territory. Stavropol is the most economically developed subject of the North Caucasus Federal District, with a level of gross regional product that is quite modest, based on average indicators throughout Russia, but the level of Stavropol GRP is two or more times higher than similar indicators of the neighboring republics of the district. And according to the classical laws of economics, the better the economy of a territory is developed, the more likely it is that people will appear in this territory who are ready to use relative economic well-being for their own purposes.

If you pay attention to the Stavropol Territory, then this particular subject of the federation shows in recent years steady population growth. On the one hand, such information may seem clearly positive, but if you look at the ethnic background of the growth of the Stavropol population, you can see that there is no special reason for the joy of demographic indicators. The fact is that the region has not given any increase in the Russian population for more than 15 for years, although it was considered privately (at least in Soviet times). The main population growth is given by representatives of the so-called Caucasian peoples (the same Avars, Dargins, Chechens). And this increase is visible, as they say, to the naked eye: if in Russian families 1-2 children are most often born, then Caucasian families are usually set to produce at least three children. Moreover, if Russian families, justifying themselves for a small number of children, tend to say that, they say, problems with housing, low wages, lack of job prospects, then for Caucasian families, all this domestic background is extremely rarely associated with childbirth. The traditionality of a large family for the Caucasus has not gone anywhere.

Obviously, such a situation leads to a demographic roll. The same Stavropol region is quite actively saturated with representatives of the Caucasian nationalities, losing the Russian population. Moreover, the loss occurs not only as a fact of low birth rates in Russian families against the background of high birth rates in Caucasian families, but also from emigration that has manifested itself lately: many representatives of the Russian ethnic group from the Caucasus have either already left or are going to leave. In the news program "News of the Week", the figure in 7% was sounded - just as many Russians left the borders of Stavropol in the last 14-15 years. Official statistics on the apparent decrease in the number of the Russian population of the region is missing. In addition, attempts are being made by the local authorities to keep silent about the problem, stating that all this talk about the “Russian exodus” is a journalistic lie, not supported by official data. But if it's a lie, I would like to see these official data already ... 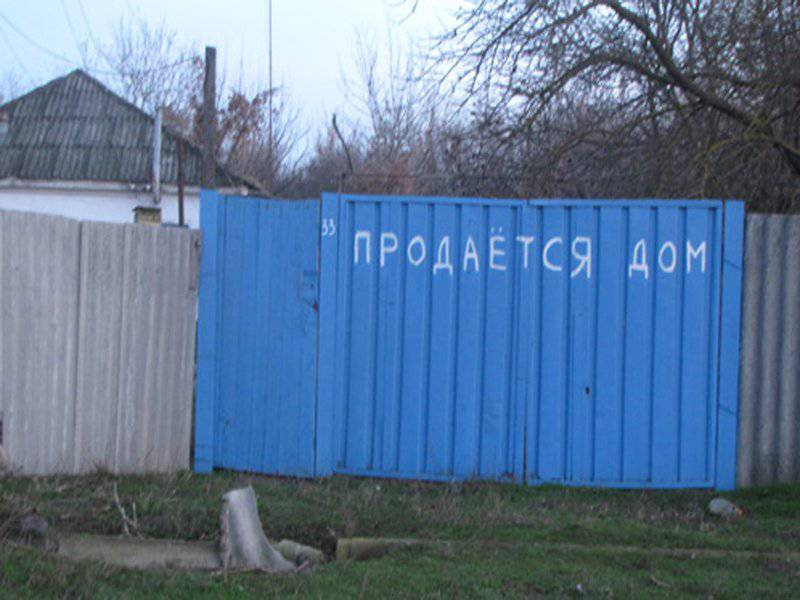 However, the main problem of the same Stavropol Territory is not so much that the percentage of Caucasian residents in the region becomes greater, and the number of Russians is less, but the fact that the Stavropol region slowly, but unfortunately, truly turns into one of the strongholds of radicalism. It was in recent years that the activities of radical Islamists began to show itself with a certain regularity. Increasingly, law enforcement officers are faced with the work of small groups that distribute extremist literature in the province. Moreover, the most popular variant of the distribution of benefits is clearly radical sense is to use mosques that grow in the Stavropol region faster than mushrooms after rain. Of course, there is nothing wrong with believing people visiting mosques and developing Muslim traditions. But the problem here is something else: these people are willing to take advantage of completely different forces, which, under the guise of true faith, are trying to push through extremist ideas, luring new and new "adepts" to their side. If we consider that today in Stavropol Territory every one in every five Muslims is already, then there is a field for the work of emissaries.

In connection with the identified use of Muslim centers (mosques) to spread extremist ideology, local courts imposed several bans on the construction of new mosques in various localities of the region. This led to a negative reaction from local Muslims. Negativism on this issue is also fueled by those who are trying to cultivate radical views among the local population of the Islamic faith.
Not less problems in the region are connected with the sensational history about wearing Muslim headscarves by girls from school in the village of Kara-Tyube in the east of the Stavropol Territory. It was the scandal connected with the fact that the parents of the girls stopped letting them into school after the pedagogical community prohibited girls from entering the school in the hijab, the village of Kara-Tyube, mainly, is known. After this story, the school director even had to quit school and leave the village, as she began to receive clear threats against her.

The parents of the girls themselves (mostly fathers, one of whom, by the way, law enforcement officers once discovered the very extremist literature) are trying to convince everyone that girls like Orthodox Muslims themselves want to go to school in the hijab, but this “self-desire” is more see an attempt at a certain provocation. Although, on the other hand, these same parents have quite a weighty trump card in the dispute about what appearance a modern schoolboy should have (a modern schoolgirl). This trump card is this: they say, if teachers in the same Stavropol region are confused by hijabs, then why aren't they embarrassed by the piercing in the navels or mini skirts of other schoolgirls ... Indeed, the argument is weighty ... 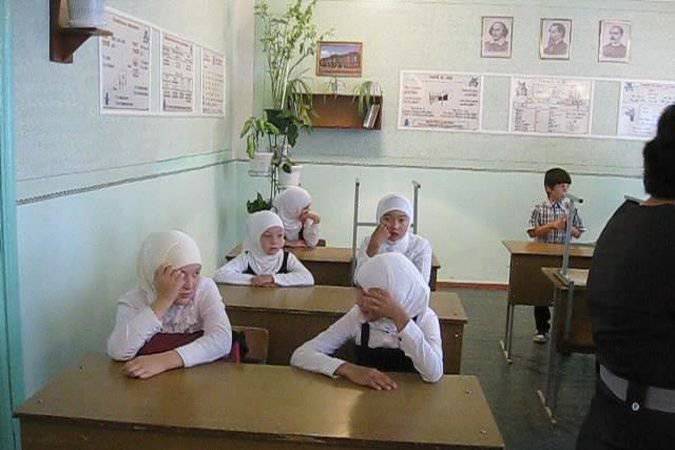 Let's hope that all questions about the appearance of students in any Russian region will find their answers after the uniform school uniform has been introduced in the country. After all, even in many of those countries that call themselves “victorious democracy” countries in educational institutions, a uniform pattern that smooths, let us say, social and economic differentiation. Yes, we have our wonderful experience (the experience of the Soviet era), when school uniforms did not divide people into poor and rich, believers and non-believers. 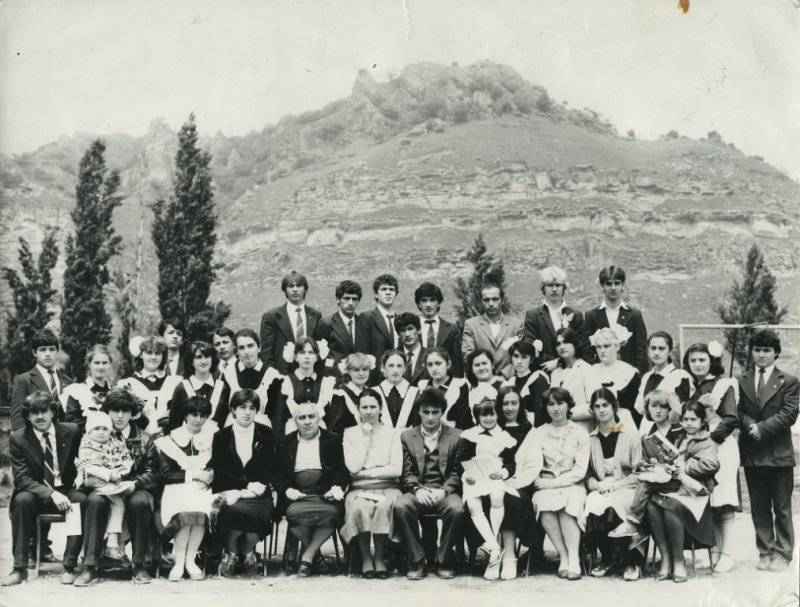 Although it can not be excluded that the introduction of school uniforms of a single provocation with the same hijabs will not end. After all, it is quite obvious that a person who makes his child defiantly expose religious status will continue to try to do this, and in the case of certain sanctions declare that the child is denied the right to receive an education. But if the situation comes to a new confrontation, it will be clearly clear: do the parents of these schoolgirls really advocate morality or are trying to loosen the situation in the region, which is turning into a real multiethnic and multi-religious.

Returning to the radical Islamization of the Russian Caucasus, is there an opportunity to stop this process at the legislative level? On the one hand, you can introduce a number of restrictive measures aimed at banning the construction of new mosques, appearing in religious vestments in public places, on street prayers and on other things. But, as you know, prohibitive moves do not always lead to positive results. They, on the contrary, can cause a whole squall in a very heated region. It turns out that the main opposition to radical Islamization is the alignment of the demographic situation in a natural way - maintaining a balance of moral, religious and cultural interests. And also - the revival of their self-awareness, which we were forced to pretty much over the last years 20-25. If the Russian population of the region itself was preoccupied with its own, at least, demographic problems, then there would be no need to leave their homes or sell them for a pittance to visitors from the North Caucasian republics. And this is typical not only for Stavropol. But what - it turns out that you need to force us to produce even children into the world - and again, perhaps, at the legislative level ... No, there is no legislation that will be powerless until the need for a large family appears - children who will continue to live and work in the territory where their parents lived and worked.

But there is one more aspect of the problem: any Caucasian community is a priori much more united than the modern Russian group of people (plus for the Caucasian communities, and minus for you and me today). This is manifested even in the framework of the army service, when sometimes two or three draftees - a representative of the North Caucasian peoples - may dictate to a company, where 95% of Russians, Tatars, Chuvash, and others. Their own conditions. And in fact, which is typical, in most cases, this dictate works. No matter how sad it is, you need to recognize ... That is why, by the way, the call from the national republics of the North Caucasus Federal District to the Russian army was reduced to a minimum, and in some cases canceled altogether. Is this not the answer to why Russian people in the Stavropol region often resignedly give up their favors to visitors ...

Of course, after such words, there are readers who write: they say, and what do these words do on the patriotic site, what kind of attacks on Russians? .. But not attacks, this is our problem, and trying to ignore it means to give in in front of her. I would like to think that sooner or later we will remember what kind of people united all the other nations under the flag of a single large state in which you and I had the honor to live and work. But there was such a line in the Soviet anthem ... And if you remember, then you see - and we will cease to lament that some, sorry, bearded uncle came and made us give him our home, our land, our dignity ...

Ctrl Enter
Noticed a mistake Highlight text and press. Ctrl + Enter
We are
"Black Islam": the US social and racial split is exacerbated by religiousResearch RAS: Does the North Caucasus want to be part of Russia?
345 comments
Information
Dear reader, to leave comments on the publication, you must to register.