Moscow was ignored. The United Nations’s proposals to limit the UN arms trade did not take into account 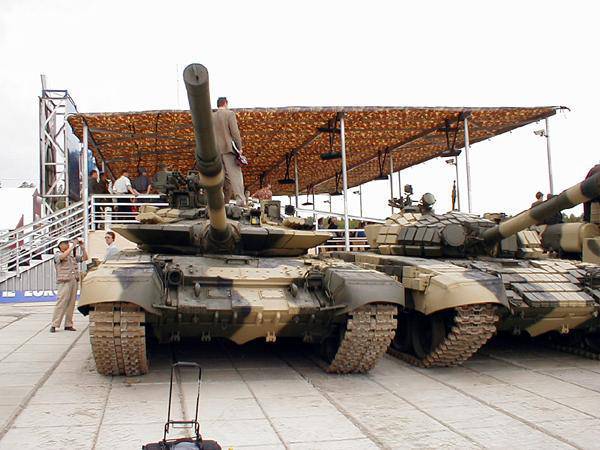 For the resolution giving the draft International Trade Treaty weapons (ATT) - the final status, at the UN General Assembly in April 154 states voted. Syria, Iran and North Korea were against the adoption of the document. 23 countries, including Russia, Belarus, Bolivia, Venezuela, China and Cuba, abstained. The treaty will be open for signature on June 3 and will enter into force on condition that it is ratified by fifty UN member states.


It would seem that the states that put disarmament and the struggle for peace at the center of their policies had no reason to vote against or refrain. But the fact is that the problem looks simple only at first glance. Moreover, all types of conventional weapons fall under the control of the treaty, it will also be carried out for the export of ammunition and spare parts for military equipment.

Why did Moscow take time out? Our diplomats tried to include in the draft treaty a provision on the inadmissibility of the re-sale of armaments, that is, for example, the introduction of an end-user certificate indicating that the weapon acquired by the importer would not fall into third hands. In this case, it will be with whom to ask for the appearance of a particular type of weapon in the zone of any conflict in one of the regions of the world. Among our other proposals is the impossibility of exporting weapons without the sanction of the president. So, as is customary in our country. Another of our initiatives is to fix in the contract a rule according to which weapons cannot be delivered to unauthorized non-state actors.

However, the Russian amendments were not taken into account, UN Secretary-General Ban Ki-moon welcomed the voting results, calling the document balanced and durable.

Euphoria was more than enough. Western NGO activists even staged a “performance” before voting at the UN headquarters, hoisting models of military equipment “killing people” on the roofs of neighboring houses.

Lech Walesa, the Dalai Lama, and one of the conductors of Western policy in Latin America, the former president of Costa Rica, Oscar Arias, have already come forward with a proposal to issue a document of this kind. The idea sounded great: "Oil instead of guns." They ardently insisted on the need to refrain from the supply of arms, which killed people in the poorest countries. There, where the majority of the population survives almost one dollar a day. At the same time, no one demanded that Western countries be deprived of the opportunity to siphon resources from their former colonies for a pittance, bringing their people to poverty. Jack Straw, the head of the UK foreign affairs department, which was always biased towards Russia, began lobbying this treaty in 1997.

Now the idea is “ripe”. Moscow, it seems raw, but the Western countries are completely satisfied.

The fact is that in “democratic countries” the right to sell weapons is also enjoyed, in addition to the state, by large transnational corporations.

South Korea, for example, enters into a contract to supply the latest F-35 fighter-bomber not with the United States, as a state, but with Lockheed-Martin corporation. It seems to be convenient, less red tape. But after all, control by the authorities too, which is why we proposed to transfer all arms sales to authorized bodies at the state level. By the way: in this case, various foreign dealers could not offer to conclude a contract for the development of dual-use technologies to our defense research institutes.

However, the Western version of the wording passed: “This Treaty does not apply to the international movement of conventional weapons carried out by or on behalf of a State party for use by it, provided that this State party remains the owner of these conventional weapons.” It is difficult to understand, so it is necessary to explain. Hypothetical case: in order to “calm down” fellow citizens dissatisfied with his rule, a certain African dictator “hires” a weapon from a like-minded neighbor. And passes it into the hands of loyal detachments. And those, in turn, are cracking down on the "rebels." According to the current version of the treaty, there is no fault of the authorities that have provided weapons.

If the Russian version had passed, such things could not have been in principle - only state bodies should act as a supplier and recipient of weapons.

After all, Moscow proposed to place emphasis where "there are increased risks for the diversion or arbitrary diversion of weapons to illicit trafficking." But - what happened, happened.

Another provision of the document is a passage stating that weapons should not be supplied "to commit or facilitate the commission of a serious violation of international humanitarian law." And also - if it can be used for violation of human rights, fixed by international agreements. There is also a provision according to which it is forbidden to consent to the export of weapons, if they "are used to commit acts of genocide, crimes against humanity, or other war crimes."

We explain our position. The provisions of the treaty will be applied on the basis of decisions that will be developed in the new special UN secretariat. In accordance with very vague criteria, it will be he who decides how improperly Russian or Chinese weapons are used in importing countries.

And it would be foolish for us to hope for objective assessments of Western experts, in the same Syria our overseas partners call terrorists “freedom fighters”. This may mean that, for example, our arms shipments to Syria to the legitimate government will become impossible.

Of course, no one deprives Russia of the right to object, only then the “verdict” can then be put up for consideration by the UN General Assembly. It makes decisions by simple voting, and we, unlike the Security Council, do not have our veto power. Consequently, we, willy-nilly, will have to obey. And this is a direct infringement of national interests.

The document is also full of absurdities generated by the notorious Western political correctness. For example, one of the articles called on exporting states to take into account the risk of “serious acts of gender-based violence” committed by their armaments. That is, you can’t, say, deliver Tanksif they will shoot women. The authors made another curtsy before the feministly concerned part of Western society. Probably, it would be more appropriate to talk about religious violence, about the high risk of the destruction of cultural property during armed conflicts. It seems that for the authors of the treaty none of this exists, there are only momentary political interests.

It is not profitable for us to accept this agreement for utilitarian reasons. In the ATT, there are passages on the topic that for “managing disarmament, demobilization and reintegration programs, creating model laws and effective implementation methods”, interstate cooperation will be organized. And he will be in charge of the treaty secretariat, which is becoming an influential international institution.

However, as practice shows, Russian representatives in all parts of the UN are not too much in demand. The creation of such a supervisory authority will automatically mean that it will be judged by people who, for the most part, are disposed towards our country is not at all friendly.

That is why Russia did not support the treaty in its current form. There are many beautiful words in the document, Moscow suggested specifics. Mikhail Ulyanov, Director of the Department for Security and Disarmament Affairs at the Foreign Ministry, called the ATT "a weak and sloppy document." Of course, the drafters tried to sweeten the pill: they included in it a clause according to which six years after the entry into force of the document “any state party can propose amendments”. No need to wait for so long, today it is clear that Moscow’s proposals will not be heard and accepted. Like this was not done very recently.

Now the West will begin to accuse Russia even more actively of its unwillingness to “put out” military conflicts in the world. While maintaining their right to supply arms to their members.