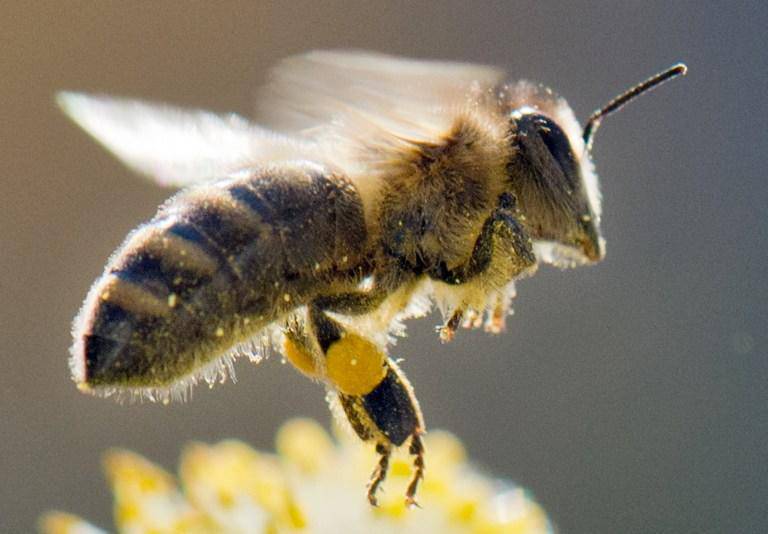 Researchers from Croatia bring out a unique look of bees that can sense an explosive device at a distance of up to five kilometers, even if it is found underground.


Work on the removal of bees that will find mines and other explosives, was begun in the 2007 year. The researchers did not use genetic engineering. They achieved this result through regular insect training.

Researchers trained a bee colony on a large enclosed site, owned by the Faculty of Agriculture of the University of Zagreb. To develop the ability of bees to respond to explosives, scientists, in those places where there were feeders with a treat for bees, infiltrated the soil with various explosive chemicals.

Mateya Janes, a professor at the University of Zagreb, said that such training of bees leads to the fact that insects smell the explosive begins to be associated with delicacy, and as a result they seek to find the shortest path to the desired product.

Researchers have been conducting similar training for several years, and today they boldly state that bees work more quickly and safely in comparison with specially trained dogs. In the near future, scientists plan to send the bees to search for unexploded mines, for this they will go to the town of Benkovac, which was in the line of fire in 1991-1995 years.

Recall that it is also known about the ability of elephants to detect land mines in connection with a sense of self-preservation, as well as naval scientists fleet different countries train dolphins to find mines underwater.

Ctrl Enter
Noticed oshЫbku Highlight text and press. Ctrl + Enter
We are
In Israel, created an electronic nose for the recognition of explosives
Military Reviewin Yandex News
Military Reviewin Google News
24 comments
Information
Dear reader, to leave comments on the publication, you must to register.