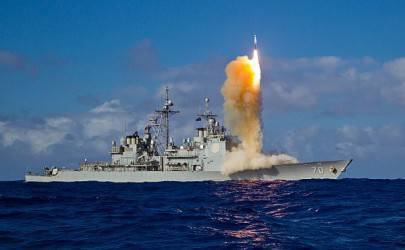 The results of the SM-3 Standard Missile-1 Block IB (Standard Missile-3 Block IB) ship-to-missile missile anti-missile (PR) test to intercept a ballistic target will contribute to the start of its mass production. This was reported by the company-developer of PR "Raytheon".


As previously reported, the 16 of May, the SM-3 Standard, successfully intercepted a short-range ballistic missile and destroyed it due to the kinetic energy of a collision in a direct collision. The launch of the PR on the approaching BR was carried out from the TGonderoga type CG-70 (USS Lake Erie) URO cruiser.