Corruption in the US Army 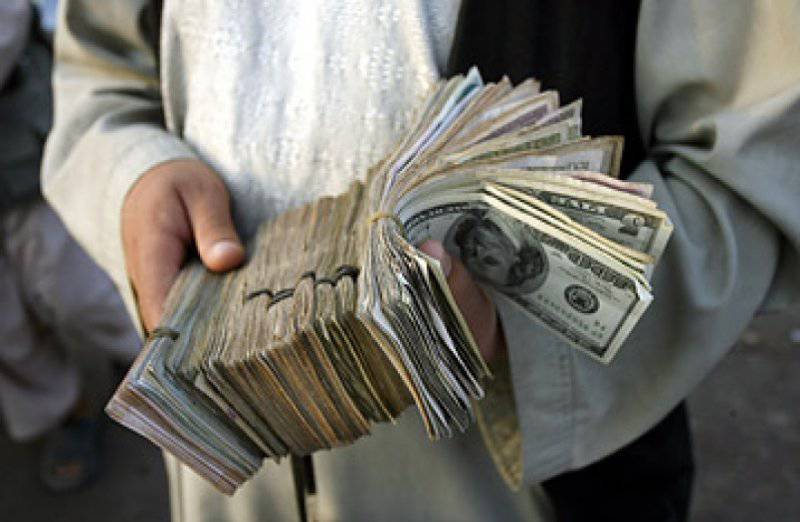 More recently, corruption was revealed in the Russian defense ministry. Such an event could not leave aside journalists of various kinds, and it seems that only the lazy did not write about it. Corruption scandals that shake the Russian armed forces deserve a separate serious discussion, but in order to determine the scale of a possible misfortune, it is necessary to turn to world experience.

It would be most correct to talk about how things are going with corruption in NATO countries, what kind of events take place in the armed forces of those countries that are recognized as the most developed economically. First and foremost, it will be useful to see what is happening in the American army. This should be done if only because the military budget of the American army exceeds the expenditures on the military needs of all countries of the world combined. The President of the United States is currently attempting to somewhat reduce the cost of the army, but these 10-12 percent of cuts cannot play a significant role.

In fact, if we analyze the experience of the largest and most developed modern states, the defense budget has always been the object of various kinds of manipulations and abuses. And there are several reasons for this. First of all, it is high secrecy. Due to the fact that in order to ensure state interests and national security, items of expenditures for military needs can in no case be disclosed in detail, neither congressmen, nor even members of the public are able to track how effectively defense assets are used. In addition, excessively large amounts of funding are being stolen by themselves (something will definitely settle down somewhere). And another important factor is the bureaucratic cumbersome army command and control system.

Somehow, a correspondent for one of the American publications - Vincent Gonzalez of CBS News - was unable to restrain the irony about the fact that at the beginning of the new century (in 2001) the American war minister Donald Rumsfeld was amazed that military auditors could not understand determine where almost the fourth part of the military budget of America has gone ... The Minister made a decision to declare war on the American military bureaucracy, because the disappeared money can only be said - hundreds of billions of dollars were somewhere in the wild odovany. But literally the very next day, according to the journalist Gonzalez, a tragedy occurred in New York, when two aircraft crashed into the twin towers, and against the background of the need to fight against international terrorism, the fight against military American democracy was gradually forgotten.

From that moment, it can be stated with confidence that the situation has only worsened, because both the American armed forces and the armies of the countries of the North Atlantic Alliance became operational, after all the armed conflicts began in Afghanistan and Iraq. And for lovers of multi-million dollar kickbacks in military form, there is simply a huge field for activity. In 2011, a report was issued by Stuart Bowen, Special Inspector for the Reconstruction of Iraq, from whom American generals should have been horrified. As we found out, the American military contingent, which is located in Iraq, pays for the most common electrical switch, the price of which in normal life does not exceed 7,5 dollars, of the order of 9 hundreds of dollars. Many times they overpay the military and for many other things, in particular, for sewer pipes, which cost 57 once more than usual, for washing uniforms - $ 100 per bag (the total amount of the contract was 13 billion). Inspector Bowen counted such incomprehensible contracts with large deviations in value in only one of the Iraqi contractors in the amount of 300 million dollars! In general, according to Boven, the US military in Iraq has concluded contracts worth 36 of billions of dollars, approximately 40 of which raise serious questions and doubts.

At the same time, a special commission concluded that the money was wasted, moreover, the military could not report back for 8 billions. It was also revealed that rather large sums of money disappeared directly from the US military bases ...

Separately, it is necessary to say about corruption, which thrives in the supply of military American equipment to other countries. In this area, by the way, all the world's leading exporters of weapons and equipment - the USA, France, England - managed to check in. It is worth remembering the scandalous contract for the supply of Lockheed combat aircraft, when senior officials of the 4 states, including the German defense minister and the Japanese prime minister, were brought to justice on charges of corruption. Now something similar is happening in Austria, where the procurement trial for the Austrian army of Typhoon combat aircraft is underway, the manufacturer of which is the EADS concern. At the same time, within the framework of the competition, more functional and cheap models of production in Sweden were proposed. As it was possible to establish to law enforcement agencies, on the eve of the signing of the agreement on the account of a certain intermediary EADS transferred the amount of 100 million euros ...

Another significant item of defense spending is the financing of militants. It began a long time ago - more than thirty years ago, when at the end of the 80-ies the US military supplied Afghan Afghani weaponnecessary for the fight against the Soviet army. Then bin Laden was involved in this case together with his organization, which was generously funded.

For three decades, almost no changes have occurred: the money from the American treasury is flowing, the US military is still supplying the militants with ammunition and money, and on all this not one high-ranking military official has made good condition. And the Afghan authorities are so corrupt that some of the funds that the Americans allocate to the country go straight into the hands of the Taliban. The auditors found out that more than two billion dollars were stolen from the money allocated for social projects in the country. It was also found that half of the Afghan contracting firms that entered into contracts with the US military, worked in parallel with the Taliban. In the course of tracking one of the numerous cash flows, it was possible to establish more than 25 cases of payment of money to the rebels, the total amount of which amounted to 3,3 million dollars. On them, as it turned out, weapons were later acquired. It was also revealed that about 7 millions of dollars were transferred to the account of a certain Afghan police officer who did not forget to transfer part of the amount received to the Taliban.

Some American publications have repeatedly stated that the US military is quite openly paying Taliban commanders. According to the results of the investigation of a specially created commission, the militants and field commanders of the Taliban receive money for the protection of convoys that deliver supplies to American troops stationed in the country. Moreover, some surnames were mentioned in the documents, in particular, Commander Ruhall, one of the most influential road barons, who controls the main state road between Kandahar and Kabul. His personal army numbers 6 hundreds.

The Taliban and movements close to them received about 360 millions of dollars from Americans from the funds America donated to support the Afghan transport infrastructure. Only Ruhalla received almost 2 million dollars in 2009-2010. According to the results of the investigation, Ruhallla many times took part in combat operations against the Taliban, but on the American side, but he did not hesitate to pay the Taliban in the event that its purely personal interests demanded.

In addition to "helping" the militants, the US military allocated and spent a billion dollars on 1 for a program to support expeditionary hostilities. As a result, the program was completely ineffective. According to the general controller of the Pentagon, there are several such programs. They are about 8 billion more than the preliminary application and almost a half a decade behind the deadlines for implementation.

2,5 billion dollars was spent on 10 jet planes, which the Pentagon doesn’t really need at all and which it does not intend to use. Military engineers managed to conduct contracts through a dummy company registered in Alaska, thereby significantly overstating the value of contracts. The scam surfaced only in the 2011 year, when they made an attempt to pocket 780 million more in such a way ...

Against the background of all of the above, no one will be surprised by golf courses that are located around the world and that belong to the American army or ski resort in Bavaria ... For some reason, experience suggests that ordinary soldiers were hardly ever there. But the American generals, along with the militants, have been there many times, because it was in this way that in most cases they signed multi-million contracts.

However, according to the traditionally established principle “Stole cent - thief, stole a million - highly respected person” it is hard to believe that at least some of these cases will be investigated ...

Ctrl Enter
Noticed oshЫbku Highlight text and press. Ctrl + Enter
We are
Memo to mercenaries in AfricaThe armed forces of Syria on the eve and during the uprising in the republic (2011 — 2013)
18 comments
Information
Dear reader, to leave comments on the publication, you must to register.