More than hockey: about baiting the Russian national team

20 May 2013
168
Due to its relatively narrow thematic focus, the Military Observation website rarely addresses sports and near-sports events. Although it is often sporting events and their results, no less than meetings and negotiations of politicians of different levels and military maneuvers of the Armed Forces, reflect, if I may say so, the country's geopolitical rating on the world stage. And even more, this rating reflects the internal assessment of sports results. 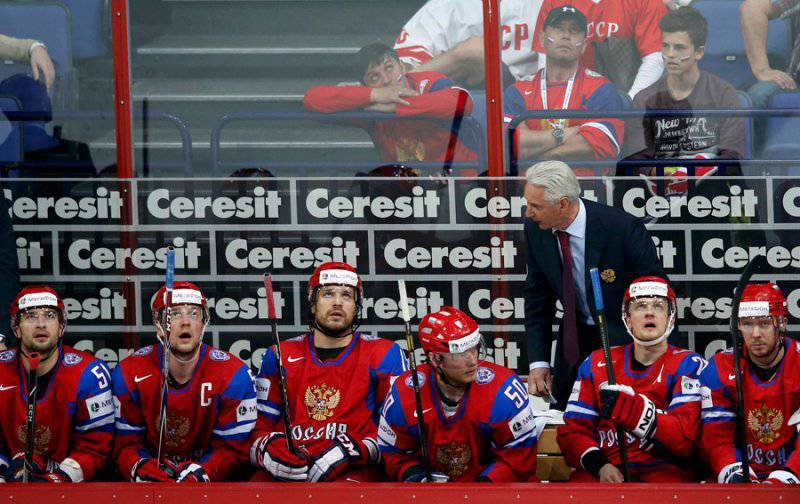 This material was prepared against the background of two events that somehow turned out to be related to each other. The first event: the incredible success in Russia of Nikolai Lebedev’s film “The Legend No. XXUMX”, which tells about the remarkable Soviet hockey representative Valeria Kharlamov, and the second event: the world hockey championship, which was hosted by Finland and Sweden. The second event against the background of the first turned into a bitter sediment, which made me feel fully. And the main component of this draft is not even that the Russian hockey players could not get through to the semifinals of the world championship, but the fact that, with a clearly non-expressive game, our team managed to miss 17 pucks from the American young hockey players in the last match for the tournament, responding on three of them.

Naturally, the defeat of the Russian national team and, most importantly, its sluggish play with their hands down, caused a storm of negative emotions. Various Russian publications have allowed themselves to declare that this is a real failure for Russian hockey, from which fans and hockey players themselves are unlikely to recover. Foreign publications (in particular, Latvian newspapers) managed to christen "3: 8" from Americans for Russian shame, clearly savoring every puck missed by Russians. Immediately, it was heard that, supposedly, Zinetula Bilyaletdinov should resign, and the leading players (Kovalchuk, Radulov, Nikulin, Ovechkin) should refuse to perform at all in the national team after such an inglorious end of the tournament. 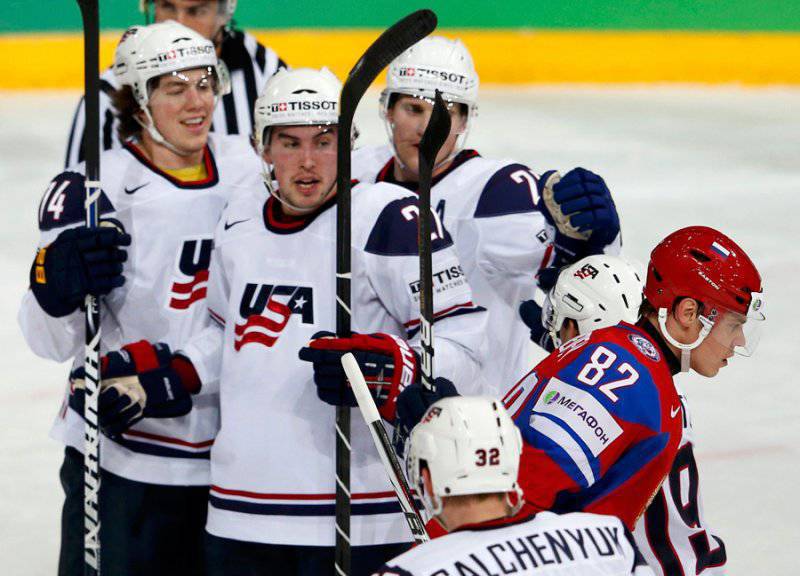 Well, what can I say: oh, how we love to engage in self-flagellation - in this we can beat the representatives of any other state, even giving this state a double head start. At the same time, we are often ready with our own feet, and especially with words to trample into the mud those who were called the main heroes of Russian sports yesterday: the same Kovalchuk with Ovechkin and other hockey players. Like, well, look at them - utter lack of will. That would be Valery Kharlamov in their place - he would not allow himself that ... But now, unfortunately, there is no such person in the world hockey as USSR team number XXUMX, there are no such triples who have played together for years, bringing sportsmanship to incredible heights. Yes, they are not, but so in this regard, this Russian team to stop playing hockey, and its fans, that is, you and I, finally become limp, start to sprinkle ashes on the head and be killed under the slogan "not those are the times."

You can, of course, do the same, because it is the easiest option, but it is much harder to try to realize what is happening with Russian hockey today against the background of what was happening to it just yesterday. And yesterday, the current hockey stadiums and the so-called training "boxes" in our country could be counted on the fingers. Just yesterday, in the Sports Palaces, handicraft shoes or Chinese consumer goods fairs were held five times more often than hockey matches. Yesterday, at least in the beginning, anyone, at least some talented Russian hockey player, tried to dash abroad (not necessarily in the NHL) - even in a regular club of the second Finnish or Swedish hockey league in order to get more or less decent wages for his work. Yesterday, there was no talk about the development of children's sports schools in our country, since not every coach could afford to train young shoots on voluntary grounds due to the fact that he and his family needed something to eat ... After the collapse The USSR, our entire sport (not only hockey) was precisely in such a state of fainting.

No joke to say: the Russian team did not become the world champion in hockey 15 years (from 1993 to 2008 year). Starting from 2007, the Russian hockey squad, led by various coaches, was able to win 1 bronze, 1 silver and 3 gold at the world championships. How quickly, however, the bad is forgotten, and how quickly we managed to get used to the good. After the fabulous victories of the Russian national hockey team at the World Cup last year, when our hockey players literally did not leave a stone on a stone from their rivals, naturally, we wanted to repeat that success. I also wanted it because the country was shown, in the framework of a feature film, the titanic work of Soviet hockey players and coaches, their continued focus on winning.

But you need to be realistic. Even the inimitable national team of the Soviet Union had its own failures, which we, as well as common people, try not to remember. To understand this, it is enough to plunge into the hockey history sample of the late sixties, when the truly stellar national team of the USSR (world and Olympic champions) with a crushing score of 2: 8 lost in a friendly match of the Canadian team in Ottawa in January 1968. There were 1: 5 from the same Canadians in December 1969. There were against the background of the first Super Series against Canadians shown in Nikolai Lebedev’s film, won by Soviet hockey players with an 7: 3 score, very painful defeats from the same Canadians and in the same Super Series. But so what, someone then said that Kharlamov was merging the game, or the Tretyak in the team was clearly superfluous ... If there were such people, then they were extremely distant from the sport, and they turned their attention solely to the result imprinted on scoreboard

That is why far from the best performance of the Russians at the hockey championship should not be put up as a kind of scarecrow for themselves. Of course, one should draw appropriate conclusions from a major defeat, but these conclusions should be made, first of all, by those who are at the helm of the national team and this team is included, and not by those who are used to diagnosing Russian sports, lounging in a chair with a bottle of beer ...

In this regard, it is somewhat strange how some of our publications with little-explained savoring continue to throw mud at the Russian hockey players. We will cite just a few quotes from a number of our valiant media.

The newspaper "Headlines" from somewhere extracted material that says: 3 defeat: 8 is the biggest defeat of Russian hockey.

The publication "Soviet Sport" writes that those who did (about the Russia-USA game) saw their cheeks burned with shame, and some even began to hurt themselves against the Russian national team.
“A lot of players failed. But the fear is that there is no one to replace them. You can continue to pray to the gods of Ovechkin, Kovalchuk, Datsyuk, Malkin, Radulov. But it seems that behind them there is a black void. ”
- sums up the author P. Lysenkov.

Well, what can I say ... If the author of the column began to ache against his national team, knowing (or not realizing) that something was wrong on the ice, then as a fan, forgive me, the price is worthless. We have to agree that it is difficult to drive your team forward when 3: 7 or 3: 8 scores, but declaring that it was necessary to hurt against her is at least unsportsmanlike - especially since it is written by a journalist from the Soviet Sport newspaper ...

Other publications continued the verbal beating of the Russian hockey players, despite the fact that the hockey players themselves appreciated their own game in extremely tough form, asking for forgiveness from the fans.

Yes - it hurts, yes - humiliating, but the same hockey story teaches both hockey players and fans that one lost match is not the end of Russian hockey. And in order to understand this and understand the situation, it is enough to turn back, shake it up and stop practicing self-flagellation. The hockey tournament in Helsinki and Stockholm, and with it the whole sport, does not end ... And the Russian hockey players themselves, of course, would not hurt to reconsider the matches of the famous Super Series with Canada more often with the film about Valery Kharlamov and Anatolia Tarasov.

Ctrl Enter
Noticed a mistake Highlight text and press. Ctrl + Enter
We are
Open FSB championship in practical shooting 14 April, 2015. Photos and resultsReport on the results of the survey-2013 "Evaluation of state political figures"
168 comments
Information
Dear reader, to leave comments on the publication, you must to register.