Historians are still struggling with the question: for whom was the victory in the battle of 1812 in Borodino? 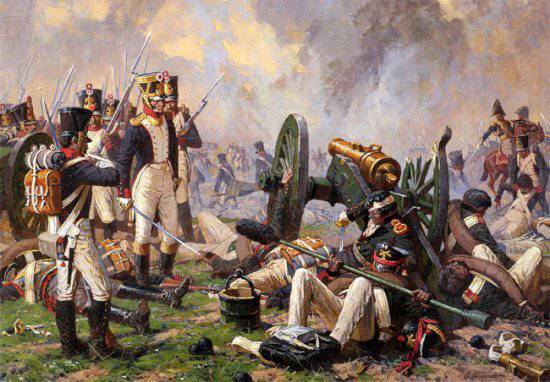 Logic suggests that it seems the French - then we retreated. The strategy says that the French were so exhausted then that their defeat was only a matter of time, which means victory for us. Life has shown that both are wrong. Traditionally, the winner is the one in whose possession the battlefield remains. Now it is moving towards people for whom история - empty sound. Almost on the eve of the celebration of the 200 anniversary of the Battle of Borodino on the spot bloody battles are building ... cottages and entertainment complexes.

Dancing on the bones

The heavy bulldozer burst out with exhaust, poked a knife into the ground and moved forward. The turf flew off like chips ... The usual picture of the initial stage of construction, right? But something was wrong. Behind the bulldozer in the ground bones were clearly visible. And the spectacle turned out to be so impressive that it got through even the driver of a construction vehicle. He muffled the engine and, clearly not believing his eyes, bent over the remains.

“Locals have recently explained to us what is what. And so it never happened - well, the field and the field, so what? - the bulldozer Yuri justified. - We did not know where we were going! They brought us here from under Volgograd, they said to build a type complex with a pond and a stage, so we are building ... ”

The conversation took place in the area of ​​the field fortifications of the Russian army, called Semenov or Bagration flash, and about which the commander of the consolidated grenadier division, General Vorontsov later recalled: "The resistance of my people could not be long - they disappeared not from the field, but to the battlefield." It was here that Prince Bagration was mortally wounded, and here he was struck down by the grapeshot of General Tuchkov, whose widow, by the way, had invented a recipe for memorial black bread, which is now called “Borodinsky”. By the way, in the change house of the builders, as if in mockery of the situation, I saw an unevenly sliced ​​loaf of the same name.

“No construction is allowed here at all! - outraged Igor Arzamasov, head of the sector of monuments of the Borodino State Military Historical Museum-Reserve. - Besides, people absolutely do not understand what they are doing. To start a device for an entertainment complex in the floodplain of the Semenovskiy stream - one should not have heads at all. This complex will flood every spring - knee-deep water! Yes, and captured the site almost a hectare. No field research, no excavation, nothing has been done here at all ... I don’t blame the builders, there’s really little demand from them. But what was the customer thinking about? ”

And it is not known whether he thought at all. All that has been learned from the workers is the patronymic and mobile phone number of the boss. The phone, by the way, is more dead than alive. I could not ask a certain Nikolai Viktorovich whether it was a shame to him to arrange dances on bones.
Episode of the Borodino battle. A.Yu.Averyanov 1993

“You probably think that we are preparing for the bicentenary of the battle?” - Mikhail Cherepashenets, the director of the Borodino Military History Museum-Reserve, asked ironically. - And I will say that if things continue to go according to the current scheme, then there will be no jubilee. There will be cottages. Of course, in a couple of years all of 11 thousand hectares of Borodino are unlikely to be built up. But the most valuable places have been snapped up. These are 635 hectares of peasant holdings, which are now local residents, sensing the closeness of money, hastily transferred from “agricultural land” to another status — dacha-building. And this is not the end. Before the start of 2010, the museum could hold back the pressure of those who want to arrange a barbecue with a view of the Rajewski battery. But since January, the local authorities, that is, the Borodino Village Council, have received the right to distribute land by their own will. Here we are powerless ... "

Some local residents, however, have ventured to talk to the press, albeit on the terms of complete anonymity. “Yes, what are the builders? - middle-aged man in the hearts began to knead his hat. - Bandits it! Now the work is suspended, fact. Presses are afraid. But you will leave, the guys will rest again on the black tinted Land Rover - and that’s it! In the nineties, and even then there was no such lawlessness. What the nineties! When the Germans, and it was not happening such outrages. Our, it turns out, worse occupiers? And they chose the most significant objects in the history - Semenovskiy flushes, Shevardinsky redoubt, Valuevo, where Napoleon’s headquarters was, the place where the Cossacks ’ataman Platov broke through ...”

“I think that the local people are right in their own way,” says Victor Bezotosny, a senior researcher at the State Historical Museum. - The reserve is in a suspended state and, in fact, is completely dependent on local authorities. I believe that only the museum should "use" the field. Otherwise, our defeat will be complete. "