20 May 2013
85
The failure of the Anglo-Saxons anti-Syrian resolution in the UN for some time delayed the NATO invasion.

1. Involving Syria in a regional conflict, primarily with Israel.
Reasons:
- Air strike on the Syrian military bases of 3 in May 2013, in order to deprive Syria of the ability to effectively counter the NATO aggression.
- Israel’s statement about its readiness to continue air strikes on Syria and the escalation of the conflict until a full-scale local war in the event of resistance to Syria.
After the start of the war, NATO can intervene on the side of Israel without any UN resolutions.

2. Maximum military (weapon, equipment, mercenaries) and financial support for terrorist gangs destroying Syria and exterminating civilians.
Reasons: the relevant joint statement by the British Prime Minister and the President of the United States.
Calculation - the depletion of the resources of the Syrian state.

3. Drawing Syria into the war with Turkey. Further - under the scenario of item 1.
Reasons: the terrorist act in the border Turkish city of Reyhanlı, in which the Anglo-Saxon agents of influence in Turkey immediately accused official Damascus. 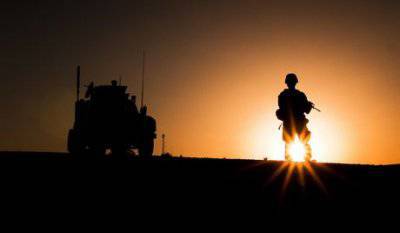 The geographical position of Syria (its remoteness from the territory of the leading Eurasian players - Russia, Iran, Pakistan, India, China) and the hot climate make it an exceptionally convenient springboard for a full-scale military confrontation with NATO. At the same time, the war in Syria is a destabilization of the Mediterranean basin, which will inevitably strike the West itself.

Maximum military, financial and political assistance to Syria. The NATO invasion of this country gives a unique chance to inflict a serious military and political defeat on the bloc and delay its advance to the East.

Ensuring an effective missile defense system for Syria - intercepting enemy missile-bombing strikes and violating the network-centric basis of the invasion operation through the EW system. The most important areas are the violation of the network-centric interaction between the air-land, air-sea and land-sea components of the invasion grouping. The enemy will try to destroy the Syria missile defense system with both air attacks and sabotage groups.

Serious military losses to the aggressor should be inflicted in the first hours after the attack. The main goals are the enemy air force and navy. Losses in aviation and ships will seriously complicate both the landing of the land contingent, and its combat and logistical support in the future.

Should take into account the intensification of terrorist groups on the eve and during the invasion and concerted action with the NATO contingent. Terrorist groups will act together with NATO special forces. Therefore, the Syrian army, along with the classic types of military operations - defense and offensive - will have to continue to make extensive use of the tactics of anti-terrorist operations.

It should be based on the probability of a simultaneous invasion of the aggressor both from the sea and from land (and immediately from the territory of Israel and Turkey). The enemy, taking advantage of its technological superiority, will try to crush the main core of the Syrian Armed Forces in open spaces. The main emphasis will be placed on the air component of the offensive, so that the Syrian army comes into contact with the NATO ground forces as weak as possible.

At the same time, the course of the air operation to destroy Syrian military and civilian infrastructure will play a key role in the adoption of further decisions by the NATO leadership.

The stake on technological superiority and, above all, on high-precision weapons is the most important component of the NATO military strategy. Effective missile defense and EW will reduce this advantage to nothing. At the same time, the flat terrain provides ample opportunities for the use of OTR and MLRS for effective fire on the invasion grouping, first of all, its armored forces.

The enemy will avoid protracted urban battles, fraught with serious losses in manpower and equipment. For its part, the Syrian army should make the most of the tactics of urban battles to grind enemy forces.

The basis of the defensive strategy of Syria should be a protracted war to exhaust the human and material resources of NATO. At the same time, the scale and bitterness of hostilities should be much higher than in Iraq or Afghanistan.

In the United States, discontent with its obstinate ally has long been ripening - Turkey, which has its own geopolitical interests and independent opinion. Getting Turkey into a war with Syria gives the United States a real chance to use the Turkish military and economic potential in the interests of the Anglo-Saxon peace and to the detriment of Turkey itself. After the depletion of the potential of the United States stimulate the separatist movement in Turkish Kurdistan to start disintegration processes in Turkey, its liquidation as a sovereign state and fragmentation into several pseudo-state entities. To speed up these processes, the United States will try to draw Turkey into a war with Iran.

The invasion of Israel and NATO into Syria finally excludes Iran’s neutrality in this conflict and confronts it with the need to launch a preemptive strike on Israel. After the inevitable defeat of NATO forces, Israel will lose its relevance for the United States and will remain alone with the Arab world and Iran, which means the end of its existence as a state. Given the anti-Iranian orientation of aggression against Syria, the likelihood of Iran being included in the fight against NATO invasion forces is high in the first hours after the attack.

The current serious financial instability of the West should be taken into account, which makes it extremely vulnerable to a protracted war.

Judging by open sources, NATO does not even have a rough idea of ​​the scope and consequences of the upcoming war. Moreover, in this trap they drove themselves. The most important consequence of the war in Syria will be the loss of all the geopolitical positions taken by the NATO bloc as a result of the aggression against Yugoslavia, Afghanistan and Iraq.

Syria, with the support of Russia, China, India, Pakistan, Iran, has every chance of defeating the aggressive Western military bloc. By its historical significance and consequences, the victory of Syria in the oncoming war with the West will be a factor in determining the course of this century.

Ctrl Enter
Noticed a mistake Highlight text and press. Ctrl + Enter
We are
Strangulation: the context, conduct and consequences of the American naval blockade of ChinaSyria: Americans scare themselves, and Asma Asad buys chairs
85 comments
Information
Dear reader, to leave comments on the publication, you must to register.