I want a simple 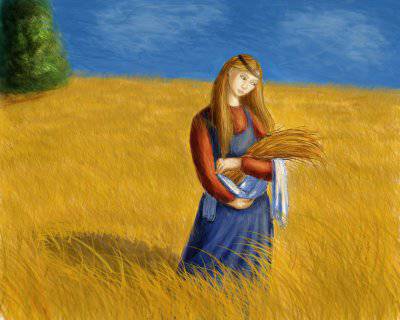 I want a deputy or a senator to whom I can turn with questions and, if there are business questions, he will answer them himself, or attract competent specialists. Before the elections, all the parties promise me the soonest construction of anything in Russia, but after they forget to report back. And in general I will express a seditious thought that if you wake up every deputy and minister and ask if he knows that the people are his master, then 90% of those awakened will consider this an inappropriate joke. And my questions are simple and, probably, therefore indecent:


1. Why are my country's foreign exchange reserves working for the economies of unfriendly countries? Why does Kudrin and Ko expect foreign investments in my cold country with already far from selfless labor in the population? Do not need answers like: you do not understand; everyone does it; there will be hyperinflation. It is not necessary and incomprehensible complex mind-constructions, they always hide a lie.

2. Why the remuneration of state and municipal, non-private workers, workers (not officials) of culture, education, medicine is much lower than the average in any region (except Moscow). I am a production worker, but I believe that these areas of activity are even more important than agriculture and are basic. Pay at the expense of inefficient government and lower-ranking officials.

3. Why are there in high state posts those whom the people, to put it mildly, blame in many ways? If people make mistakes, announce a list of successes and achievements, for example, Chubais. And then we can say that the minister is not a ruble, in order to please everyone, and even state the State Duma. And the Duma was not indignant that they called her stupid, did not demand her resignation with the minister and the prime minister.

4. Why the immediate responsibility is not applied to the officials the more, the greater the damage done? The more responsibilities and rights, the more db. responsibility is the basics of management. And then in the country started the series "Serdyukov and girls", "Skrynnik and boys". The main characters are not even under house arrest. And by the end of the series may expire terms of attraction.

5. Why on TV is thriving "chernukha" and advertising a parasitic way of life? From TV, the impression is that there are four types of people in the country: criminals; advocates from criminals; officials (including businessmen); the artists. And material values ​​appear themselves. And a small sub-question, why the state-owned Gazprom through Gazprom-media with its TNT and Ekho Moskvy actively fights the country? With our media, it is surprising that there are people who are hurt for the state.

After the elections to the Duma, he tried to get something from the parliamentary parties, but even the oppositional Communist Party of the Russian Federation politely kept silent on the question of the contribution of the future premier of DAM to the development of the country. So I want a simple and good. Or a real democracy, enough for her to grow, it's time to be an adult. Or a good dictatorship, otherwise a long-developing democracy will bring the country to a hilt.

Ctrl Enter
Noticed a mistake Highlight text and press. Ctrl + Enter
We are
New plants and workshops in Russia in 2014 yearWhat you didn't want to know about England
48 comments
Information
Dear reader, to leave comments on the publication, you must to register.