20 May 2013
21
By the 2020 year, it is planned to build and commission more than fifty warships. In addition, by the same time, the military department is going to order and receive a little less than a hundred auxiliary vessels of various purposes. These are rescue ships and tugs, support ships and weapons transports, etc. Among other things, the navy has already ordered the construction of two special communications vessels (large reconnaissance ships) of the 18280 project. A few days ago there were new messages regarding the progress of construction. 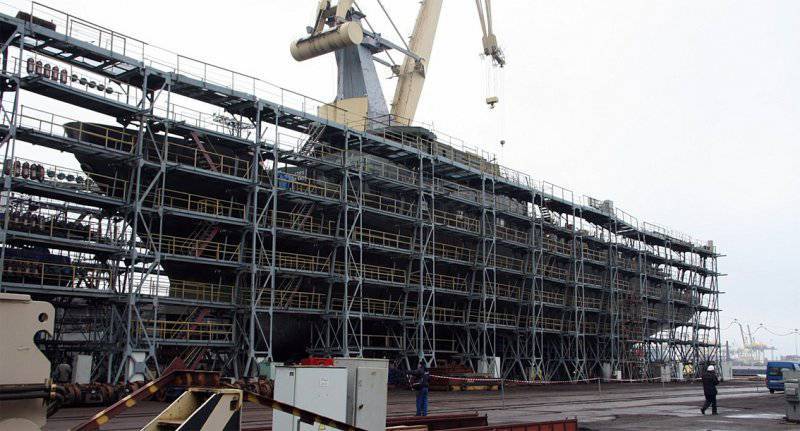 The Central Naval Portal, citing the general director of the St. Petersburg "Northern Shipyard" A. Ushakov, said that according to the company's current plans, the lead connection ship of the 18280 project "Yuri Ivanov" will be launched in September this year. Then it will be completed afloat and passed to the tests. Delivery of the communication vessel to the customer is scheduled for the next 2014 year. Obviously, the acceptance certificate will be signed no earlier than next fall. It is worth noting, earlier it was said about other deadlines for the completion of the project. Then it was planned to launch the vessel in the 2012 year, and in the 13-m to accept the Russian Navy. However, some production problems led to a delay of several months.

The large reconnaissance ship "Yuri Ivanov" was laid back in 2004 year, but the financial situation of the first years did not allow to pay for work on time and in full. Because of this, over the course of several years, the progress of the work left much to be desired. Another problem that affected the timing, manifested several years ago. OJSC “Kolomensky Zavod” was unable to deliver the required units of the ship’s power plant in time, due to which it was necessary to correct construction plans again. As a result, the construction of the ship and the installation of all the necessary equipment, including engines, is currently continuing.

A special communications vessel (large reconnaissance ship) of the 18280 project was developed at the St. Petersburg Iceberg Central Design Bureau. It has a displacement of about 2500 tons (according to other data - about 4000), body length in 95 and width in 16 meters. The power plant of the lead ship of the project is based on two diesel gear units 5DRA, created at the Kolomna plant. Each unit is equipped with its own diesel engine 11Д42 with more than 2500 horsepower. According to available data, at present the first diesel engine-gear unit has already been delivered to the Severnaya Verf and is being installed on the ship Yuri Ivanov, while the second is undergoing factory tests and will soon also go from Kolomna to St. Petersburg. According to available data, a large reconnaissance ship will be able to reach speeds up to 20 knots, and the cruising range in economy mode will be at the level of 8 thousand miles. 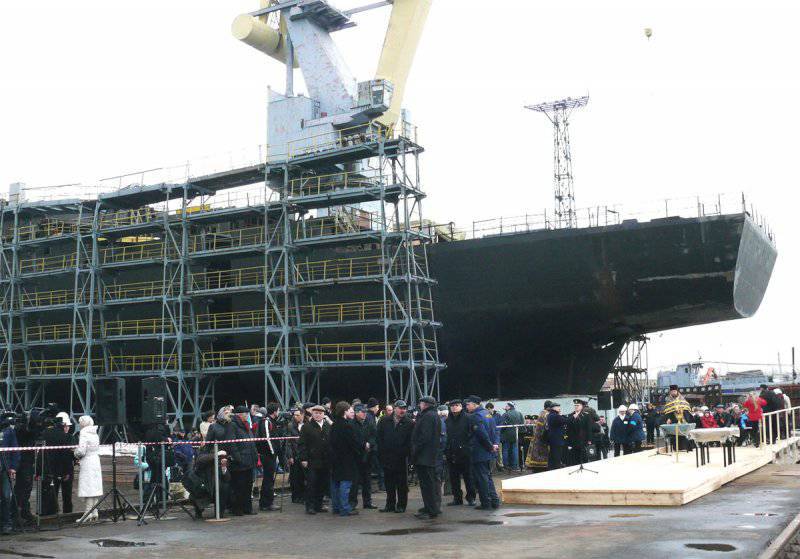 The new special communications vessel is named after Vice Admiral Yu. Ivanov, who for many years led the naval intelligence fleet Soviet Union. Under him, the relevant fleet departments actively grew and developed, and new ships equipped with special equipment were also built. According to reports, the reconnaissance ship "Yuri Ivanov", continuing the development of its part of shipbuilding, will receive a large set of various equipment designed for radio intelligence. Earlier, in early April, Izvestia published excerpts from a conversation with a certain representative of the Ministry of Defense. According to them, the reconnaissance complex of the new ship will be able to track a large number of radio signals in a wide range of frequencies, as well as determine the location and type of their sources.

The specific composition of the intelligence equipment, for obvious reasons, was not announced and is unlikely to become public in the coming years. All the available information regarding the ship’s electronic equipment concerns only that part of it which is not directly related to the tasks performed. So, it is known about the presence of the navigation radar MP-231-3, as well as the use of the integrated bridge system "Bridge-18280". Other details are secret.

The secrecy of the composition of the target equipment is primarily due to the tasks of the new special vessel. According to the Izvestia source, the new large reconnaissance ship will serve in the Pacific and monitor the work of the United States in the field of missile defense. It is argued that the reconnaissance equipment complex "Yuri Ivanov" will allow to monitor the work of the radio components of the American missile defense system located in Hawaii and Alaska.

From the available information it follows that "Yuri Ivanov" will replenish the composition of the navy of Russia not earlier than in a year. During 2013, the Northern Shipyards will launch the second special communications vessel of the 18280 project. So far it is impossible to talk about this with certainty, but there is every reason to assume that the construction of the second reconnaissance ship will take much less time. It is assumed that he will go to serve in the Northern Fleet, where he will probably monitor the activities of the American and European armed forces. 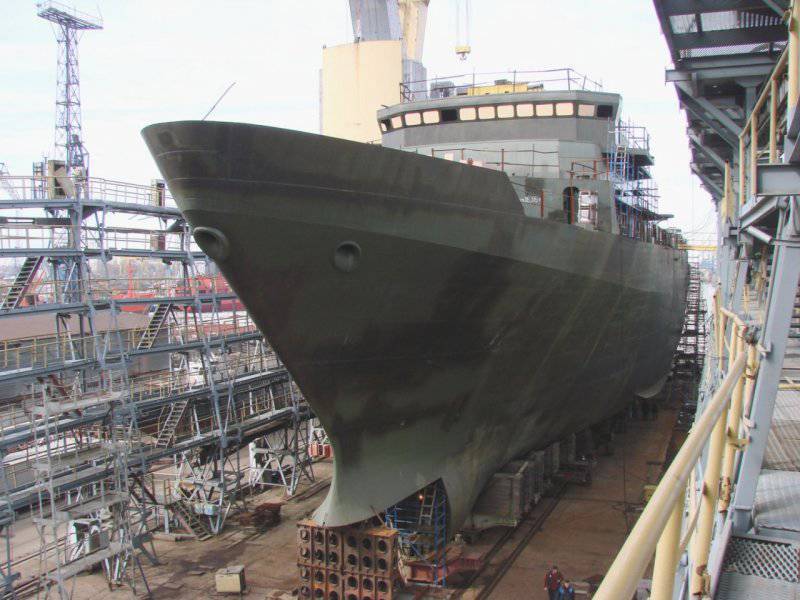