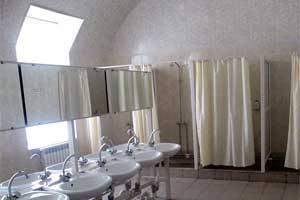 According to these figures, it is possible to judge where and how many troops are concentrated or where the barracks and housing stock most of all needs the usual comfortable conditions for organizing normal service and living for the military of the Russian army.

Ctrl Enter
Noticed oshЫbku Highlight text and press. Ctrl + Enter
We are
Sudden inspection of missile forces in the Western Military District
44 comments
Information
Dear reader, to leave comments on the publication, you must to register.