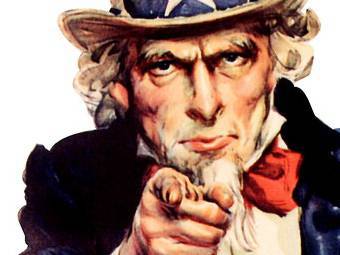 Good day to you, colleagues! As always - evening, evening after work and viewing everything that has spilled the Internet onto the surface of the information ocean ...


The title of the publication contains the name of the American edition, which has never been seen in sympathy for Russia and, therefore, can be taken as an eloquent example of the discomfort of the Western media. Not in one “Wall Street ...” we have the daily happiness to see numerous attempts to call the black one white, blue or gray-brown-crimson ... Or, as the hero of the movie “Following Two Hares” said, “Pocky ...!”. What really blame on the media. They are only the conductors of the official policy of their political authorities to the masses. Much more entertaining than the verbal slander of the politicians of the West themselves! A very eloquent example of such mimicry lately, for me was the speech of the prime minister of England - Cameron after his meeting in Moscow with Putin. I almost had an "eye out" when I heard his passage saying that "Mr. Putin expressed his readiness to join the efforts of the United States and Britain in their efforts to solve the Syrian issue by peaceful means ...!" Ah! What a! Not Putin, who with enviable constancy speaks about the inadmissibility of resolving the conflict in Syria by force, not Mr. Lavrov, who tirelessly appears on various political platforms demanding to abandon the forceful solution of the Syrian problem, did not Churkin, who unambiguously gave the Qatari ambassador that in the defense of its allies, Russia is ready to go to the most extreme limits (and examples of the fact that Russia sacrificed even the lives of its soldiers in the name of fulfilling its allied obligations in the World War Stories - lots of. Just not everyone likes the memory of these efforts and sacrifices.), And Mr. Cameron with his “good friend and comrade, Nobel laureate and seasoned peacemaker, Mr. Obama, are the first and most immaculate peacemakers and guardians for the long-suffering Syrian people. Truly - the living embodiment of the beloved motto of neo-democratic politicians - “If you cannot resist the process, lead it!”

Well, what am I riding on dear gentlemen? The words that prompted me to sit down at the computer tonight were words that were streamlined to nausea from the above-mentioned edition, and especially those that are abundantly crammed in the article about the results of the Netanya's trip (namely, through “G”, as I saw in the book of Peter Lyukimson - “Jewish intelligence.” It’s probably better for a Jew to know how the name of the Israeli prime minister is spelled correctly! By the way, the book is brilliant, very informative and inspires respect for the Israeli special services and, in general, for some concepts of Israel’s special services) attempt I present these results to my reader in a “combed” form, in order not to put their embarrassed politicians in a bad light. Now about the particulars.

"... In the first lines ..." Wall Street says that Netanyahu (through "X". What do they want to say with such writing?) "... He said that if Assad turns out to have C-300 systems capable of intercepting fighters and cruise missiles, it is “likely to provoke our response and may contribute to the outbreak of war in the region.”

Oh, how! And before that, Putin didn’t know in his spirit that the C-300 was capable of hammering enemy fighters and cruise missiles! Thanks, enlightenment!
This is followed by revelations that the head of the Russian Foreign Ministry "In response to the accusations, Russian Foreign Minister Sergei Lavrov, evasively, said that Russia is not going to enter into new deals with Syria weapons, but only fulfills old contracts. He also said that the weapons that Russia supplies to Syria are necessary for Assad in order to fight the rebel forces. "

Here it is ... The entire world press (who gloatedly, who sympathetically) said that the Israeli Prime Minister urgently rushed to Moscow with pleas and requests, and it turns out - with the accusations ...! And after all, how correctly noticed something! Of course, without C-300, Assad, well, can’t stand up against the brave militants!

Then, the article was followed by revelations that "He was accompanied by national security adviser Yaakov Amidror and the head of military intelligence in the Israel Defense Forces, Major General Aviv Kohavi. The meeting was also attended by Deputy Foreign Minister Zeev Elkin, whose goal was to trace the accuracy of transfers ".

One can see that one-on-one meeting with Putin and boldly looking into his eyes after, in the way of the thieves, the raid on Syria is weak. And so - “it is easier to beat with her and the father”. Inventive guys, these Israeli premieres!

Apparently, subsequently, the ingenuity of the Israeli Prime Minister clearly refused. Then came the familiar and magical stories for the western man in the form of tooth powder or, which is most terrible! Dust, in order to eradicate parasites on its territory. These words are very meaningful and murderously reasoned.

"The channel also reports that Netanyahu informed Putin about the results of Israeli intelligence research on the alleged use of chemical weapons by the Assad regime. In addition, Netanyahu conveyed to the president information about the transfer of weapons to Hezbollah by Syria."

Already in the final part of the meeting, Putin WELL spoke the words that were already boring to Western politicians: “At this sensitive moment, it is especially important to avoid any actions that could destabilize the situation,” Putin added.

To which Ntaniyahu very EXPERIENCE AND INNOVATIVE responded to him "Netanyahu, however, said that the unstable situation in the Middle East requires taking measures to improve security." Israel will do everything possible to protect its citizens. "In this sentence, I was especially moved by the word" HOWEVER "Ah! How he (Netanyahu) - his (Putin's) ...!" He's got me - r-time! And I am his - r-time, r-time! He's me - his chair ...! And I his - a newspaper, newspaper, newspaper, newspaper ...! Vusmert izmochilil ...!

Well, after all these friendly assurances, declarations on the protection of lives and other mandatory verbal “body kit”, follows the best traditions of a magician (when he unexpectedly decouples the public to delight to fall from his chair), a revelation We note that Russia continues to supply weapons to Syria, despite the civil war in this Middle Eastern country. However, so far, she has refrained from providing Damascus C-300 systems with a range of up to 200 kilometers, but, in addition, the system is able to determine from which point the blow was struck and automatically respond to several targets at the same time with high efficiency of destruction.

And here, in all its “criminal Russian” ugliness, especially, symbolically, there are words, but besides this the system is able to determine from which point the blow was struck and automatically respond to several goals simultaneously with the high efficiency of the defeat. Here, "where the dog rummaged ...!" Lyuley reluctant to get anyone in return! Whether it’s a matter of shooting across enemy territory without entering the enemy’s air defense zone and stroking home with your kids on the head, or — at the bed — caressing your wife. And then - and the kids and the wife can, after all, and not wait for the papanka from the "glorious hunt" ... scary, however.

Looking at all these verbal quirks of the Western press and other media, you regret to see how vividly in these morally degenerate politicians are the passion to follow the principle to impose your faults and blame on the uncomplicated with the words - “What is he not? Let it get dirty ...! ”So they are the most objective and unbiased Western media in their majority.

All the best, colleagues. Sincerely, ESAUL.

Ctrl Enter
Noticed a mistake Highlight text and press. Ctrl + Enter
We are
About Stalin and KhrushchevWhat you didn't want to know about England
43 comments
Ad