Wars with the Russian language

17 May 2013
190
Recently, we have been actively discussing such a problem as the active squeezing of the Russian language from the territory of many former republics of the Soviet Union. The parade of sovereignties, which not without bloody clashes manifested itself after the collapse of the USSR, was often held under the slogans of abandoning all Russian. The Russian language became a kind of linguistic outcast, which in a number of well-known states was dubbed the “language of the invaders” and the language that separates these same states and their peoples from joining the “friendly democratic circles”. The Baltic countries followed the path of the most real massacre of the Russian language, bringing their policies to outright discrimination of the Russian language, Russian schools, Russian culture.


Not less negative towards the Russian language was poured by the authorities of many republics of Central Asia. Pressure on the Russian language, turning it into just one of the languages ​​of a foreign cluster, manifested itself in Tajikistan, Uzbekistan, and Turkmenistan. The authorities of a number of states decided that giving the Russian language even the status of a language of interstate communication (not to mention the official language) discredits these authorities themselves in the face of the new "brothers." A new fad was the translation of national languages ​​into Latin, which, in the opinion of the authorities trying to break even sociocultural ties with Russia, should have brought the state to the world linguistic field, raising the level of education of the local population. However, time has shown that attempts to break off with Russian both in the Baltic States and in the republics of Central Asia, as well as in a number of other states of the former USSR, did not lead to an educational and scientific breakthrough.

For example, Uzbekistan, which began the transition to the Latin alphabet in 1993, and finished (according to all adopted laws) in the 2010 year, is now reaping the benefits of romanization. Although the phrase “reaping the benefits” is not quite appropriate here. Life seems to be going on as usual: children learn in Latin in schools, then the unofficial rules of universities force them to switch to Cyrillic again; The Latin press in the press remains in demand except for nationalist publications, and the business sphere, on the one hand, tries to meet the legal norms, but on the other hand, understands that pearls like “Kolbasa sexi” are even misleading Uzbek experts ... 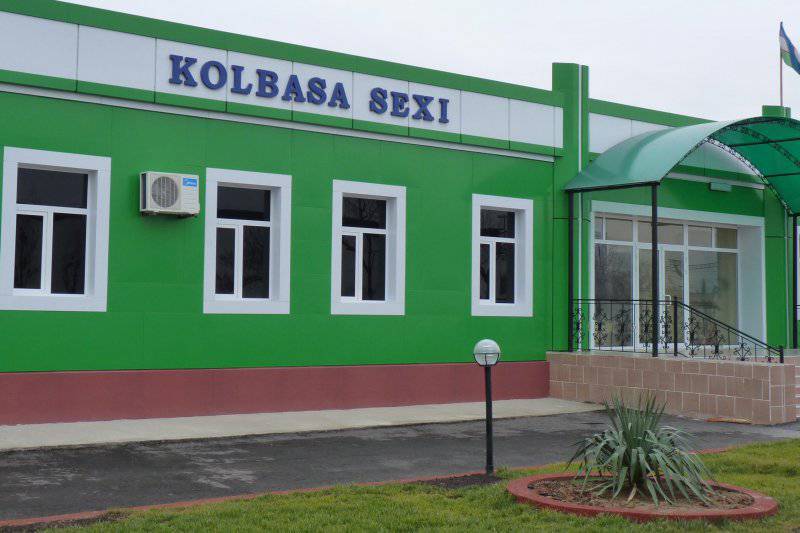 People over the past twenty years of romanization have not only decisively abandoned it, but it is impossible to say that the majority of the people of Uzbekistan are delighted with the reform. 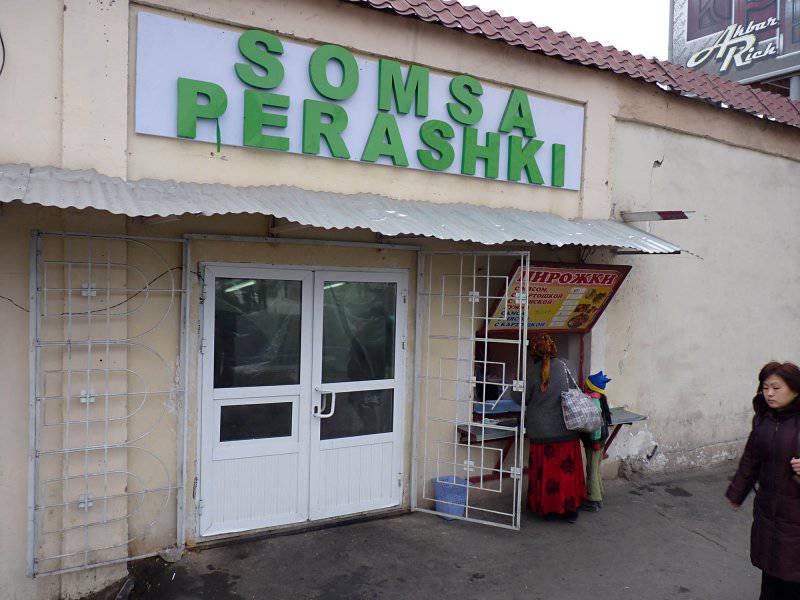 The Georgian authorities at one time also took steps that were aimed at the frank conclusion of the Russian language to the linguistic backyards. Just asking Europeans at once by several Georgian politicians to call Georgia not Georgia, but George leads to certain thoughts. Ostensibly the word "Georgia" discredits this country by the fact that it was invented by the Russians. And if there is any connection with the Russian language, then it is urgent to get rid of it, whatever it later grows - at least, certain political forces in Georgia themselves considered and continue to consider it. Moreover, not a single person in Georgia, who is well acquainted with her history, cultural and linguistic traditions, to this day can not explain how the word "George" can be historically associated with Georgia. If the term “Georgia” is called “Russian” by politicians of Mikhail Saakashvili, then where did the word “Georgia” come from? The answer, as they say, is obvious.

And if after this, the same Georgian politicians who practice linguistic notions say that they are trying to show the cultural and linguistic sources of the Georgian people, then they have every reason not to believe?
The main foreign language, according to the unwritten rules of education, was English, although all the attempts of the Georgian authorities to etch the Russian language from the territory of Georgia did not succeed. The Russian language in modern Georgia remains the language of the scientific elite, the intelligentsia.

Only now Georgian youth, as the results of the monitoring of the educational process show, show less and less interest in relation to the Russian language. In particular, at the end of 2012, the number of students who chose to study Russian as a foreign language was 17%, more than 80% chose English. This result in the form of some triumphant reports was presented by the Georgian Ministry of Education, stating that it sees in it (as a result) the most important result of the reforms being carried out.

But this medal has, as it turned out, the other side. The fact is that the data of the Georgian Ministry of Education, and this monitoring was carried out by the Georgian Ministry of Education, in fact does not at all reflect the desire of the young Georgian citizens themselves, but the framework within which the state has put them. Many representatives of Georgian youth would like to gain solid knowledge of the Russian language, but in modern Georgia all the necessary conditions for this have not been created. More precisely, all the conditions necessary for this were eliminated. Yes, and declare that I would like to learn Russian, in Georgia, since 2008, it has become somehow not accepted. This is clearly visible part of the information war, which was opened against Russia immediately after Mr. Saakashvili decided on an adventure in South Ossetia. The image of Russia as an enemy and occupier became decisive for a large number of Georgians, from which the Russian language suffered.

The fact that the representatives of the Georgian youth are much more interested in the Russian language than the one that corresponds to the data of the Ministry of Education, says the statistics of the passage of Georgian citizens of private language courses. Studying Russian as a foreign language here is chosen over 64% of students. Courses for the study of the Russian language are opened by the Society of Erekle the Second - this is the very society that just recently asked Georgian Prime Minister Bidzina Ivanishvili to decide to refuse Georgia’s accession to NATO while simultaneously adopting a declaration of neutrality. The head of society, Archil Chkoidze, declares that the policy of joining the Eurasian Union and establishing partnership relations with Russia can also become an alternative for Georgia.

Tajikistan, too, for a long time was walking along the path of settling accounts with the Russian language. A couple of years ago, President Rakhmon received an initiative to stop using plates that would duplicate Tajik inscriptions in other languages ​​of the world. Obviously, the first blow was aimed specifically at the Russian language, since the other language dubbing in Tajikistan could be found not as an example less often. However, after a series of measures that have been taken by the Russian authorities, the attitude towards the Russian language in Tajikistan has changed quite dramatically. First of all, it is possible with the fact that now labor migrants who want to get permission to work in Russia need to be tested for knowledge of the Russian language. To help their compatriots in learning Russian, the Tajik authorities even decided to order a special Russian-language training for labor migrants in Russia. The benefit will be distributed primarily through educational institutions. The textbook, as it became known, contains two dozen practical conversational topics about the Russian Federation, remittances and customs regulations. In general, as you can see, the “deliverance” from the Russian language in Tajikistan clearly did not take place ...

If in many foreign countries signs in a foreign language most often appear where the likelihood of their reading by foreigners is maximum (stations, airports, hotels, banks), then we have some strange fad: to attach a sign with foreign terminology without paying any attention on its relevance. 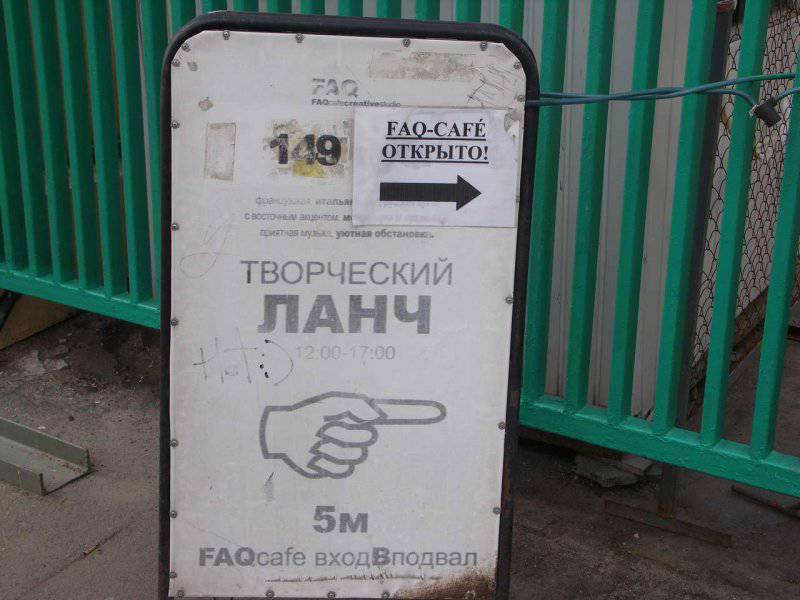 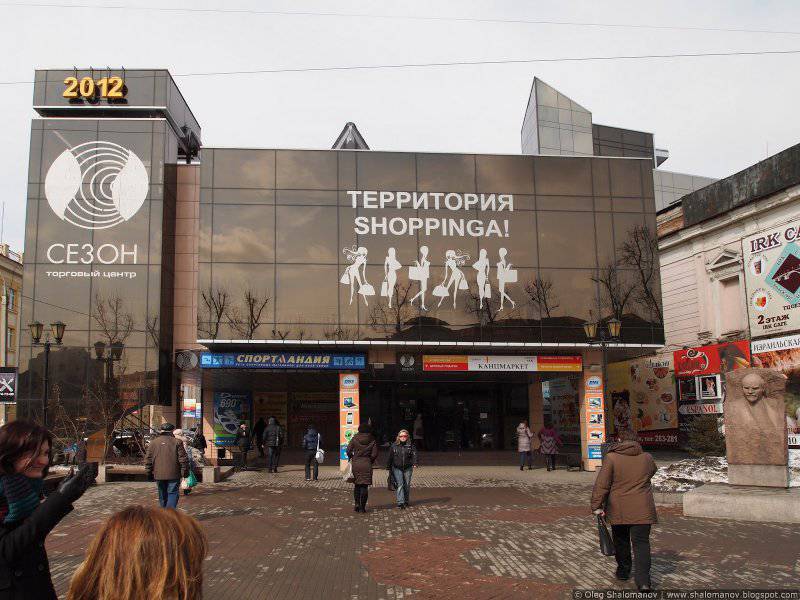 Why are there signs ... The problem begins with school education programs. When it comes to the fact that it would be nice to integrate the Russian language into one subject with literature, reducing the total number of hours to learn it, this suggests that there is a struggle with the language in our country. Today, the level of knowledge of the Russian language in secondary schools of Russia leaves much to be desired. The results of the USE show that it turns out that Russians are best mastered by residents of the North Caucasian republics, where hundreds of graduates show phenomenal exam results, but in their interview they cannot concisely express even the simplest idea in Russian ... Such is the phenomenon.

That is why, paying attention to the situation with the Russian language abroad, we should not forget that inside Russia there is often no less pressure on our language - often frankly intrusive. And if we turn a blind eye to this, then the transition to the same Latin one will take place without taking questionable legislative decisions ...