New missile defense systems: you just have to wait 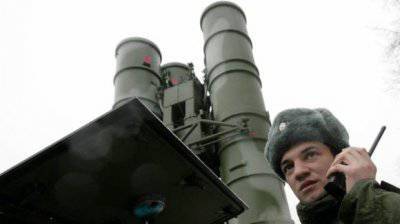 Just a few days ago it became known that the military and political leadership of our country is considering issues related to the creation of new missile defense systems. Almost simultaneously with the corresponding message from the presidential administration's press service, new information appeared, allegedly related to the details of new projects. If the information published in the media turns out to be true, then over the next few years Russia's strategic missile defense system will significantly increase its capabilities.


The first reports of some work to improve the Russian missile defense appeared in the twenties of April-month. Then Deputy Defense Minister Colonel-General Ostapenko said that in the near future the missile defense system of Moscow and the central industrial region will be modernized. In addition, in addition to updating various components of the system, it is possible to introduce new modern elements with higher characteristics. Also in the course of the program to update the anti-missile defense systems, new missile attack warning radar stations will be commissioned. According to Ostapenko, the ideology has already been worked out and the sequence of commissioning such facilities has been worked out.

Unfortunately, the Deputy Minister of Defense did not disclose any details regarding the technical side of the upcoming update. Therefore, in order to supplement the existing picture, we will have to recall his last year’s words. In December, Colonel-General Ostapenko told 2012 about the development of some new anti-missile systems that in the future will protect not only the metropolitan area, but also some other areas of the country. Even more interesting are the words of the deputy minister regarding the timing of implementation. As Ostapenko said, new developments are quickly realizable and therefore, probably, they can be announced in the near future. Half a year has passed since then, but there are no new full messages yet. Perhaps the projects are not yet ready or have already been completed, but it is too early to publish information about them.

It is also not to be excluded that one of the results of the work that Colonel General Ostapenko spoke about last year was the reports received last Tuesday. As it became known, on May 14 a meeting was held with the participation of Russian President V.Putin, Defense Minister S.Shoigu, Chief of the General Staff V.Gerasimov and a number of other high-ranking officials of the Ministry of Defense, during which the creation of new missile defense systems was discussed. All the details of this discussion remained behind closed doors, so it remains only to guess what exactly the government officials and commanders of the armed forces were talking about.

A few hours before the meeting (!), The first reports about the future of the Russian missile defense appeared on the website of the Izvestia newspaper. With reference to the representative of the headquarters of the aerospace defense forces, the publication published some information that may concern current work in the anti-missile area. An anonymous source, Izvestia, said that in the near future, our country will have a unified missile defense system based on digital technology and combining existing anti-aircraft and anti-missile weapons. The basis of this unified air defense system and missile defense will be a kind of new automated control system (ACS), developed by concern Almaz-Antey.

The newest digital ACS will connect all command posts and batteries of anti-aircraft and anti-missile defense systems. The architecture of this control system will make it possible to integrate into it new anti-aircraft or anti-missile systems, radar stations, etc., coming into service without special difficulties. For example, according to a source at the headquarters of the Armed Forces of the East Kazakhstan region, in the near future, the latest C-500 anti-aircraft missile systems can be connected to a single automated control system. It is assumed that information from all means of detection will be transmitted to a single command post area of ​​the aerospace defense. Moreover, the point will be able to receive data not only from radar stations of anti-aircraft systems, but also from early-warning aircraft or from space reconnaissance facilities.

Source "Izvestia" claims that the data will be used the latest broadband communication system, which became known a few days earlier. It is reported that the new communication complex provides wireless data transmission over a secure channel with speeds up to 300 Mbps. According to the publication, the new communication system is based on WiMAX technology and operates at frequencies around 2 gigahertz. Tests of the new complex will be held next summer at one of the Moscow polygons. The details of its integration into the air and missile defense control system were not disclosed.

If sources in various departments of the Ministry of Defense shared real information, the situation with the development of domestic anti-missile systems gradually begins to acquire a positive character. New missile defense complexes are being created, as well as auxiliary facilities, without which they will not be able to fully perform their functions. In the current conditions, as well as in the light of possible threats to the future, the development of aerospace defense as a whole acquires special priority. Details of the progress of all projects in this area have not been disclosed, for obvious reasons, but even the available information suggests that the work is really underway. So last year's promises of Colonel-General O. Ostapenko regarding the soon official announcement of a certain new development look quite real. You just have to wait.