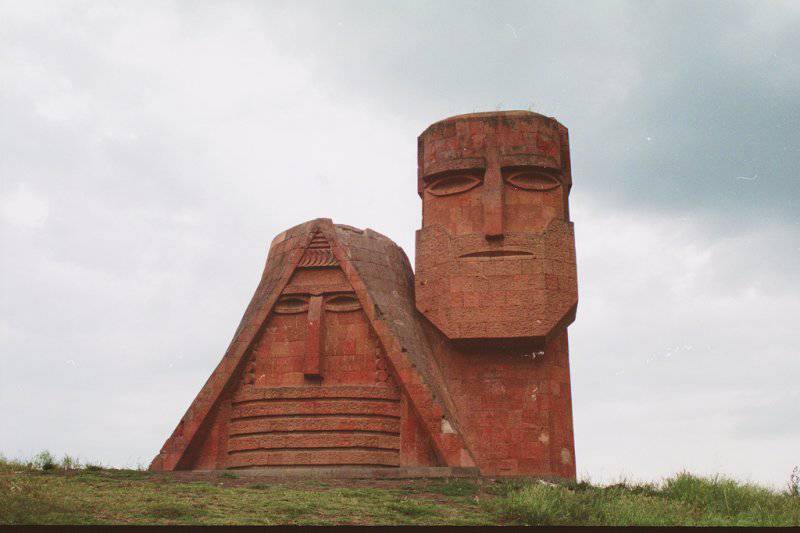 Geopolitics, as an applied discipline, has always been pragmatic and therefore cynical. In our difficult times, the unprincipled geopolitical wars went not only beyond the limits of morality, but also simple logic. It is enough to recall Powela's test tube and other examples when “all means are good” in achieving international goals. That is why the rumors about a possible, so-called "treaty war" in Artsakh (Nagorno-Karabakh) between the NKR Defense Army and Azerbaijan should not be immediately deducted to the category of groundless conspiracy. In private conversations of experts, one way or another involved in the discussion of the problem of the Armenian-Azerbaijani conflict, the phrase "treaty war" periodically begins to sound alarmingly often and is associated with informal contacts and non-public meetings in high offices of international agencies not only Russia, but also other mediators .

The essence of the "contractual" armed conflict is understandable. The parties, by prior agreement (or better to say “collusion”), initiate hostilities that continue until a certain result is achieved. What can serve as such a result? Why can voluntary and concerted killing look attractive in someone's eyes?

In situations that are commonly considered dead ends, any way out of the crisis can be considered. The process of gaining independence by the people of Nagorno-Karabakh, for various reasons, was brought to a deep impasse. Oil Renaissance of Azerbaijan, continuous saber-rattling weapons “on the east side” makes the stalemate very nervous. It is on these nerves that some "good intermediaries" want to play. Their logic is as follows. As a result of the short war, the army of Azerbaijan seizes part of the territory, which is now controlled by Artsakh, and after the introduction of peacekeeping forces, a new border is drawn between the warring parties, which after some time becomes the subject of a treaty or other act that puts the final point in a multi-year conflict. Azerbaijan and its current president will be satisfied, if only because the territory controlled by Baku will be noticeably expanded compared to that inherited from Heydar Aliyev. According to the conditions of the game, the Armenian side should also be pleased, as part of the territory of Artsakh will remain behind it. International observers and mediators are also not in the bag, if only because the long-term smoldering conflict in Transcaucasia has been extinguished.

But something prevents to exclaim: "Grace, and only!". Perhaps, above all, the undoubted allusions of this hypothetical scheme (in any case, according to the final results) with the so-called “Goble plan”, the various versions of which also provided for territorial distinctions between the parties.

But all this, before and now - exclusively on paper and in the minds of the authors of insane design. Those who are ready to take such a scenario as seriously as possible should consider the following circumstances.

1. The contractual war between the Armenian and Azerbaijani forces can only have a beginning. The contract will not end, as the wounds of the previous slaughter are too fresh and painful. A war between nations, even if a large army of peacekeepers will stand between them (for example, under the auspices of the Eurocorps or the Visegrad group forming their own rapid reaction forces), can take the form of partisan and terrorist, go far beyond the original conflict zone. Hardly anyone has the strength to stop such a cruel confrontation.

2. Given the tense situation around Iran, even a “small contractual conflict” can turn into a full-scale regional war. According to the scenario, Azerbaijan will seek to cut off Armenians from the borders with Iran (by the way, one of the goals of the “Goble-1 plan” was just the elimination of the Armenian-Iranian border through the “exchange” of Meghri for Lachin controlled by Armenian forces), which will certainly force Tehran to interfere in conflict. As they say, "further everywhere."

3. Georgia may become an unwitting affected party. There are several risk factors. The presence of areas densely populated by Armenians and Azerbaijanis, refugee flows, the strongest pressure from Azerbaijan. It should not be forgotten that during Saakashvili’s rule, Georgia was actually turned into a transit appendage of Azerbaijan, and the timid hints of some new ministers regarding at least partial economic diversification have so far been stopped by official Baku.

4. Gradually losing adequacy in anti-Syrian battles, Turkey, even in the midst of a "treaty" war, may be an important participant in the events. How will Ankara behave, especially in the situation of the unpredictable "Kurdish peace process" and the slipping of provinces bordering on Syria into anarchy and chaos (as an analogue, we can recall how the support of the Afghan Mujahideen turned Pakistan from a relatively secular state into a permanent source of instability)? Will Ankara undertake attempts to solve its internal problems at the expense of adjacent territories of the former Soviet republics? In any case, the Turkish leadership, professing "neo-Ottoman" ideals, may decide that it cannot afford to remain "out of work."

5. Azerbaijan, which, according to the scenario, apparently has to become the initiator of an armed confrontation (after all, it is foolish to even fantasize that the Armenian side will start the conflict with an attempt to seize territories) should remember that this time it will be much more difficult to stop the Karabakh Defense Army with the help of the UN. Thus, one should consider the possibility that this whole adventure will end, if not on the Caspian coast, then, in any case, somewhere nearby, which can play a very negative role for historical prospects for the Aliyev regime.

Well and the main thing. Any war, even the most “contractual”, is the concrete lives of not only hundreds and thousands of combatants, but also civilians - children, old people and women. Specific ashots, rufates, rubens and samirs will die. Even "small blood" will generate a big wave of anger.

The concept of the foreign policy of the Russian Federation implies active mediation on the issue of Nagorno-Karabakh. Judging by the available information, recently steps have been taken to strengthen military-technical cooperation with Yerevan. Even if there is an insignificant probability of the implementation of the scenario described above, it is necessary to disavow it and stop it. God forbid that the "treaty war" does not go beyond the scope of "rumors" and conspiracy of fantasies.

Ctrl Enter
Noticed a mistake Highlight text and press. Ctrl + Enter
We are
Syria: Russian ThunderArtashes Geghamyan: The strategy of dismembering Russia has already entered the hot phase
45 comments
Information
Dear reader, to leave comments on the publication, you must to register.