16 May 2013
6
Peskov Ivan Fedorovich - telephone operator of the 172 th separate communications company from the 333 th Red Banner Sinelnikovskoy Infantry Division, which was part of the 6 th army of the 3 th Ukrainian Front. Red Army soldier Ivan Peskov especially distinguished himself when crossing the Dnieper in November 1943. For the heroism shown during the crossing of the Dnieper, the telephone operator was presented to the title of Hero of the Soviet Union. In the 2013 year, on the 68 anniversary of the victory in the Great Patriotic War, a monument was erected in the hero's homeland in the village of Averkievo.


9 May 2013 was opened in the village Averkievo memorial complex, which commemorates the villagers who died on the fronts of World War II. Residents of the village of Averkievo restored the list of names of fellow villagers who fell on the fronts of the past war and those who returned home with a victory, but died in peacetime from wounds received at the front. The names of the dead were carved on a new stela, near which there will always now be bouquets of flowers. In addition, the bust of Peskov Ivan Fedorovich, a resident of the village of Averkievo, Hero of the Soviet Union, was opened. All costs for the creation and installation of the monument to the locals took over. The idea of ​​opening a memorial complex in the village belonged to an initiative group of local residents who raised money for the realization of their idea to literally "the whole world." To celebrate the opening of the memorial memorial in Averkievo 9, more than 100 people gathered on May, among them were children, grandchildren and great-grandchildren of the Hero of the Soviet Union Ivan Peskov.

Ivan Peskov was born 23 in February 1922 of the year in the village of Averkievo, which is currently part of the Pavlovo-Posadsky district of the Moscow region in an ordinary peasant family, by nationality - Russian. After graduating from the 5 classes at the local school, he began working at the local collective farm. In the ranks of the Red Army was from 1942 year, in the army he got in August of the same year. In 1944, he joined the Communist Party. Especially distinguished during the crossing of the Dnieper near the city of Zaporozhye of the same name region of Ukraine.

In the summer and autumn of 1943, breaking the stubborn resistance of the Nazi troops, the Red Army reached the Dnieper on a broad front, where the Wehrmacht had already begun to build up fortified positions, the so-called "Eastern Shaft", which, however, was not fully completed. The Soviet units, coming to the river, immediately proceeded to force the Dnieper, and by the end of September 1943 were able to capture the 23 bridgeheads on its right bank. Subsequently, the liberation of the entire right-bank Ukraine was begun from these bridgeheads.

26 November 1943, a telephonist Ivan Peskov, led a group of communications under the enemy’s fire, crossed the Dnieper, laying a cable line along the bottom and setting up an avant-garde telephone connection of the Soviet units attacking the bridgehead with command. Sands crossed the Dnieper near the island of Kanevsky. Ivan Peskov first boarded the boat, which went to the opposite bank of the Dnieper and pulled the telephone cable behind him. The boat was discovered by the Nazis, who opened hurricane fire of all kinds on the ferrying Red Army soldiers. weapons. Near the boat, bullets whistled and mines exploded. In this case, the coil with the wire, which was on the back of Peskov, for some reason unwound with difficulty. At this time, the signalman himself thought “if only the wire would not be confused, if only to swim.” At this time, the mines and shells of the Germans burst around the boat, covering the telephone operator with splashes of cold river water. When there was very little to the shore, a large fragment broke through the boat, and it began to sink. Ivan Peskov rushed into the river and reached the bank by swimming. Coming to the right bank of the Dnieper, the telephonist began to establish communication.

- I am Dnepr, I am Dnepr! He shouted into the telephone receiver. - There is a connection with the right bank! 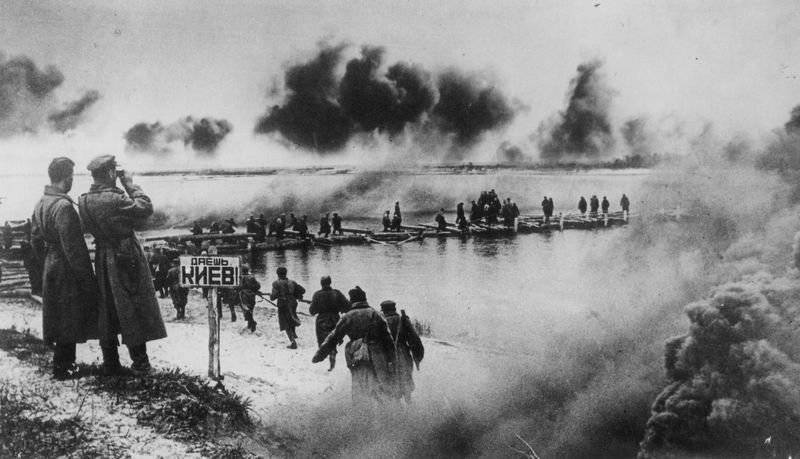 At this time, the 6 of the Nazis immediately approached the Soviet soldier, who shouted to him and offered to surrender. However, the telephone operator was not taken aback, and with the help of a machine gun and a grenade he was able to destroy the approaching Germans. In a hot fight on the right bank of the Dnieper, Red Army soldier Ivan Peskov managed to destroy 6 German soldiers. The award list addressed to Ivan Peskov, who was a native of the Pavlovo-Posad district of the Moscow region, stated the following:

“Having shown courage and heroism, Ivan Peskov in hand-to-hand fighting, using his personal weapon - grenades, machine gun and shovel, managed to destroy 6 Fritz, which enabled the units of other units to cross to the right bank of the Dnieper. At the same time, the telephone line, which was installed by ordinary Ivan Peskov, functioned smoothly. Comrade Peskov is worthy of being awarded the title Hero of the Soviet Union. ” The award list for the hero was signed by General of the Army R. Ya. Malinovsky, who commanded the troops of the 3 of the Ukrainian Front.

Subsequently, by decree of the Presidium of the Supreme Soviet of the USSR from 22 February 1944, for exemplary performance of combat missions of the command on the front in the fight against the German fascist invaders, as well as the heroism and courage displayed by the Red Army soldier Ivan Fyodorovich Peskov was awarded the title Hero of the Soviet Union. Peskov was awarded the Golden Star of the Hero with the number 2677. 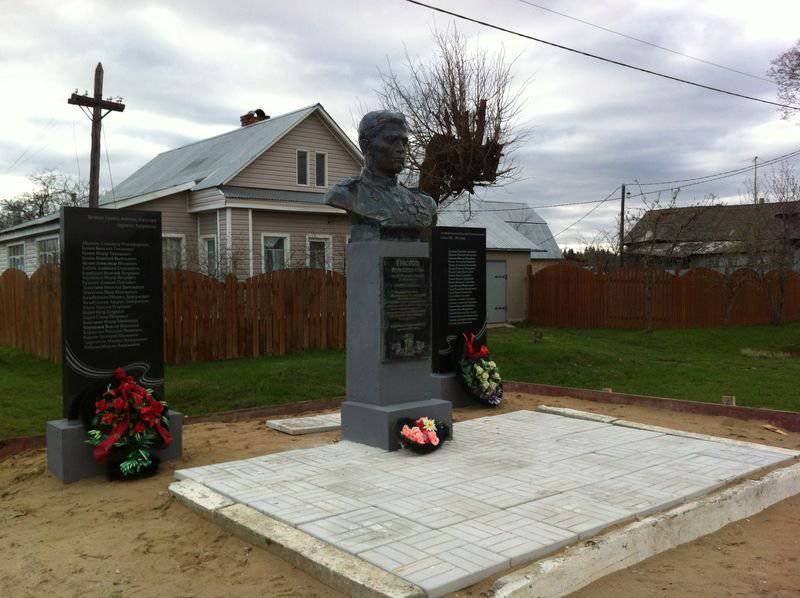 From the army, Ivan Peskov was demobilized in 1946, already in the rank of sergeant. Before 1970, he worked as a mechanic in the construction and assembly department of the Mosoblstroy-9 trust located in the city of Elektrostal. The hero of the 7 soldier of November 1972 of the year died. In addition to the golden star of the Hero of the Soviet Union, he was awarded the Order of Lenin and the Order of the Patriotic War of the 2 degree, various medals. In Moscow region Electrostal on the facade of the house №37 on the street. Karl Marx, in which Ivan Peskov lived, a memorial plaque was installed in his honor.

Ctrl Enter
Noticed a mistake Highlight text and press. Ctrl + Enter
We are
How Stalin created Israel. By the 66 anniversary of the independence of IsraelMyths of the Great Patriotic. Papier mache helmet
6 comments
Information
Dear reader, to leave comments on the publication, you must to register.