On the importance of air defense and missile defense

16 May 2013
38
The state program of rearmament of the army continues and there are constantly reports of the supply of certain types weapons or technology. In February of this year, it was reported that in recent years, the share of new weapons has increased by 10%. So, in 2008, the figure was six percent, and as of the end of 2012, it increased to 16%. In the future, the growth of the share of new weapons and equipment will continue. According to current plans, in 2020, the troops will have at least 70% new weapons and equipment. The first major milestone in the current rearmament will be 2015 year. It is at this time that it is planned to reach the bar in 30%. 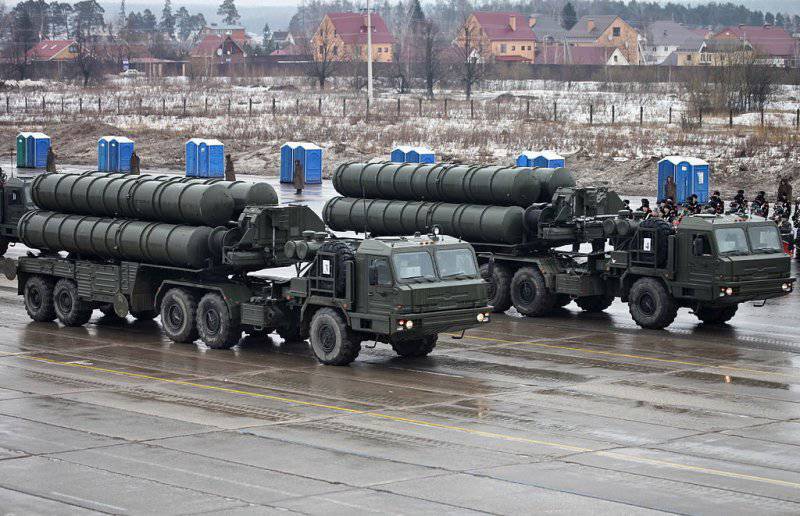 When planning the procurement of a military vehicle, it is necessary to take into account the prospects for its use and the need for a specific type of weapon. In the current situation, the priority of such an analysis becomes particularly relevant, since the overwhelming majority of the weapons currently being purchased are to be used after the 2020 year. The importance of this period in his February speech was emphasized by the Chief of the General Staff, Colonel-General V. Gerasimov. According to him, by the year 2030 probably a significant increase in the level of existing threats. In addition, by this time there may be new threats that must also be taken into account when drawing up plans.

According to the chief of general staff, in the future, wars and related threats will concern three things: fuel and energy resources, product sales markets, and living space. In the struggle for access to these resources and markets, the leading countries of the world will by the end of the twenties, or even earlier, begin to actively use their military potential. Already, there are the first armed conflicts with similar premises. In connection with such new threats, our armed forces should be developed, since Russia is the largest state on the planet, and also has many deposits of various natural resources.

Taking into account the experience of recent conflicts, it can be assumed that air defense and missile defense systems will have a special priority in future wars. Currently, the Almaz-Antey concern continues to assemble the C-400 Triumph anti-aircraft missile systems, which in the future will become the basis of the country's air defense. These complexes are capable of fighting aerodynamic and ballistic targets at distances up to 400 kilometers. According to various estimates, the capabilities of the C-400 air defense system will effectively protect the country's air borders until the end of the twenties. By the end of the current state program of rearmament - 2020 year - it is planned to purchase several dozen batteries of such anti-aircraft complexes.

In the second half of the current decade, another similar system will join the existing C-300P and C-400 family air defense systems. The Prometheus C-500 complex (Triumphant-M) is currently being developed, but its creation is likely to be approaching the beginning of the trials. A few years ago it was claimed that the first C-500s could be on duty at the end of the 2013 of the year, but further events corrected these plans a little. According to the latest data, Prometheus will be adopted no earlier than 2015-16. According to reports, the characteristics of this complex will allow you to deal with hypersonic aerodynamic and ballistic targets. Some sources claim that the C-500 will be able to destroy ballistic targets flying at speeds up to 6-7 kilometers per second.

Thus, with the entry into service of the C-500 complex, aerospace defense troops will significantly increase their combat capabilities. They will be able to intercept both aircraft and cruise missiles of the enemy, and ballistic ammunition of several classes. However, missile defense with C-500 alone may not be sufficient. To effectively protect against existing and prospective threats, a specialized missile defense system is also required, which by its characteristics will correspond to or even surpass the A-135 and A-235 complexes.

14 in May, a spokesman for the Russian president, D. Peskov, said that at present the country's leadership and the command of the armed forces are discussing the creation of new anti-missile defense systems, as well as the prospects for the enemy’s missile defense systems. Naturally, the details of these discussions at the highest level have not yet become public knowledge, but the very fact of holding such a meeting speaks volumes. Probably, we can already say that in the near future discussions will spill over into the beginning of a new project.

The state of the existing anti-missile systems currently leaves much to be desired, and in the future it will only get worse. Therefore, in the very near future, it is necessary to create a new complex, which can be put on duty before the warranty periods of the available antimissile systems expire. Obviously, it is too early to talk about the characteristics and timing of the creation of a new complex, but the meeting in the higher echelons of power already allows us to make some assumptions.

Recent statements by the country's leadership and the Ministry of Defense serve as a fairly transparent hint that in the future Russian manufacturers of weapons and military equipment will continue to create new systems, including anti-aircraft and anti-missile systems. In the light of the threats of future decades, and taking into account the appearance of recent wars, this very direction of the defense industry can dramatically affect the course of an armed conflict or even prevent it.

Ctrl Enter
Noticed a mistake Highlight text and press. Ctrl + Enter
We are
The current state of the air defense of the countries of the former Soviet Union republics. Part 1Sky Shield of Central Russia
38 comments
Information
Dear reader, to leave comments on the publication, you must to register.