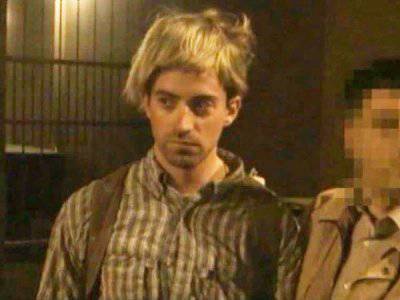 This spy blockbuster appeared recently in the Russian capital. The intelligence services announced that a real American spy fell into their hands - it hit it so well that it did not even have time to get rid of its “arsenal”, which gives away something from the era of the height of the Cold War. The detainee turned out to be US citizen Ryan Christopher Fogl, who at the time of his detention was wearing a wig and black glasses, and another wig, a flashlight, a large amount of money, a mobile phone, a folding knife, documents, and even a compass. The set of things Mr. Fogul says that Washington, apparently, does not hesitate to use those means of conducting secret work in our country, which he used 30 and 40 years ago.


Representatives of the FSB allowed the media to publish a personal card of the agent, according to which Ryan Fogle is the third secretary of the US embassy in the Russian Federation. However, the post of third secretary is a banal cover for the work of a CIA officer in Russia. It is noteworthy that the Russian counterintelligence officers managed to detain Fogl red-handed when at night he tried to recruit a Russian citizen to work for the American special services.

There is no exact information about who exactly in the ranks of the CIA agents Ryan Christopher Vogl wanted to recruit, but several Russian news outlets at once indicate that most likely this person was an FSB officer engaged in work in the North Caucasus sector. There are versions of the fact that Fogla (and his employers) were particularly interested in the North Caucasus, especially after the terrorist attacks in American Boston, committed in April of this year. Then the American special services named the Tsarnaev brothers as suspects, who once lived in the North Caucasus regions of Russia. Allegedly, the speed of data exchange between the Russian and American services in this direction did not suit the American side (it was necessary to provide materials more quickly), which is why the CIA decided to, let's say, directly get to the North Caucasus, having obtained agents from the Russian security services.

Representatives of the Federal Security Service of Russia published data on the activities that Fogl conducted in the country. According to these data, an American citizen was going to go to an unnamed Russian and hand him a letter on the A4 format sheet. Here are some quotes from the letter:

Dear friend, this is an advance payment from someone who is very impressed with your professionalism and who would highly appreciate your cooperation with us in the future. Your safety is of paramount importance to us, and therefore, in order to contact you, we have chosen this path. And we will continue to take steps to preserve the security and secrecy of our correspondence.

The letter to the addressee is offered 100 thousand dollars in the form of the initial amount of payment for his future labor and directly indicates that the payment can significantly increase. If the recruited would go to long-term cooperation with the CIA, then his annual salary would correspond to 1 million dollars. To start cooperation and contact with the “center”, an unnamed Russian was offered to have an electronic mailbox on “Gmail”, while refusing to provide this postal service with his personal data (apparently, in the CIA, someone assumed that this most recruited Russian would create not only mailbox, but also a whole account on Google+, where in the subsection “place of work” will indicate “FSB of the Russian Federation, part-time job - the CIA of the USA”, and also mark all American “friends”) ... In addition, the Russian citizen was offered to use the device to access the Internet Wi-Fi enabled. Conspiracy, however ...

The letter ends with the following piercing words:

“Thank you for reading this. We look forward to working with you in the near future. Your friends".

But in the end, as we understand, it never came to the institution of his e-mail by the Russian FSB officer at Gmail, because Mr. Fogl, who “masterfully” hid from the Russian special services in Moscow, using a wig and black glasses, turned out to be at the place of work of the person being recruited - that is, in the building on Lubyanka. At the same time, the Russian Foreign Ministry protested to the American Ambassador Michael McFaul in connection with the work of Mr. Fogl, because it was in his case-days that the “third secretary” worked, who showed an unhealthy interest in the situation in the North Caucasus. Mr. McFaul had to visit the main building of the Russian Foreign Ministry in Moscow and spend about half an hour there, apparently hearing a “lecture” on how his charge struck the indestructible Russian-American friendship. After leaving the Foreign Ministry building, McFaul refused to comment on the press, but only gave all journalists a Hollywood smile and waved his hand. The very same Mr. Fogl, a lover of wigs, was expected to be expelled from Russia with giving him the status of “persona non grata”.

Immediately after this, representatives of the American media began their information artillery preparation, stating that the capture of the American spy in Moscow was a performance that the Russians themselves had played. Representatives of CNN, for example, suggested the idea of ​​a “performance” that the letter that he carried with him to the meeting with the recruited Russian, Ryan Fogl, was printed in Russian ... And in what other language should it have been printed if the Russian was recruited ? In Chinese?..

At the same time, according to American journalists, the “Russianness” of the letter is issued by the appeal “dear friend”. Apparently, representatives of the overseas media are extremely poorly acquainted with Russian variations of the epistolary genre, and even more so with official addresses, if they believe that in our country any appeal in writing begins with just such words. Well, offhand: “Dear friend! In the traffic police will be unspeakably happy if you pay a penalty for speeding, which you allowed on your car last year. " Or: “Dear friend! If you flood my apartment again, then I will sue you and let other dear friends deal with you. ”

And the US media is concerned about the situation with the further work of the lighted agent. Like, now where will this same Fogle go, because even if he stays in the CIA, no cover will shine for him, for his face after the live broadcast from Lubyanka is now known to everyone. To whom, they say, now such a third secretary is needed ... Well, there is nothing terrible in this. After all, there will be other jobs for Fogl in addition to the CIA. If anything, then let him phone you, for example, with Anna Chapman. Maybe Fogla expects a brilliant TV presenter's career in the weekly program “How to conquer the North Caucasus with a compass and a pocket flashlight.”

However, in all this stories In addition to a certain comedy there are some very sharp questions. And these questions are not even about the fact that foreign agents work in Russia. These agents both worked and will work, no matter how our country is called, and whatever authority is at the helm. The questions are different: why so quickly did the FSB officers decide to bring information about the capture of the spy from the US to the public. After all, usually such matters do not immediately become public knowledge, but here - immediately on the air. Perhaps the main reason is that the capture of this hapless Fogl decided to give not so much a spy as a political connotation. The logic is there. After all, the very fact of the demonstration of the American spy, who worked in Russia, to the whole world speaks about the unwillingness of the United States to open up to work together to fight, for example, with extremism, and to draw a dude in this matter into its tune. And the words of the representative of the Russian special services that Fogle was detained against the background of attempts made by the leadership of Russia and the United States to bring their positions closer, opaquely hint that the American side itself only declares its desire to come closer, but at the same time likes to act “in one face". And there is another nuance. Taking Fogl red-handed and lightning-giving this fact to publicity is a clear response from the United States, which gives it a distinct pleasure to show the whole world how the special services there cope with Russian agents. As they say, a completely symmetrical answer - not without a shade of the show, but quite in the spirit of the Americans themselves.

Now (after the arrest and expulsion of the “third secretary”), Russia has its trump cards when negotiating with Washington, to whom it declares every time the infinite trust in the Russian side. Everyone knows about the price of such “trust” after the story of Vogl (and they knew it before), which means that the States will have to reconsider their methods or rhetoric somewhat. Will they become? .. Or now we are waiting for the American response to the spy saga - already with the capture of a Russian spy with a pair of spare boots and an Alaska map with a letter to an unknown addressee asking to start the Mailbox of Russia mailbox ... Well, Russia is accused by the American media of directing stories with Vogl, so why don't we strike a preemptive strike — for the future ...

Ctrl Enter
Noticed a mistake Highlight text and press. Ctrl + Enter
We are
The Second Breath of the Black KnivesResults of the week. “Everything is strange and strange! Everything is wonderful and wonderful! ... "
130 comments
Information
Dear reader, to leave comments on the publication, you must to register.