How to beat corruption in Singapore 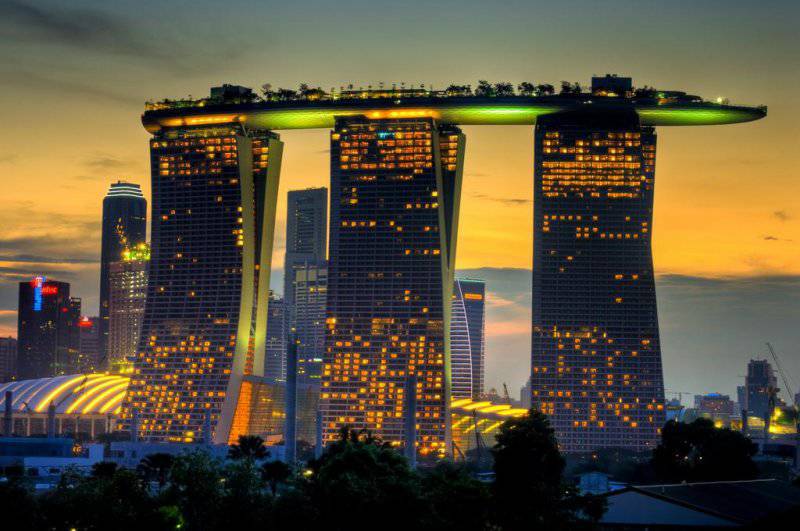 Singapore is a country that has triumphed over corruption in just 40 with a little years. At the same time, it was possible not only to avoid mass executions of officials, as in China, but even to do without particularly harsh repression.


When the British left Singapore in the middle of the 50-s, Singapore, the citizens of Singapore got a very weak legislative base, a virtually uneducated population, low salaries, an opaque economy, widespread corruption. And extremely vague prospects. Lee Kuan Yew, along with his party "People's Action" won the election and became prime minister, he became a symbol of the fight against corruption, the slogan of which was: "If you want to defeat corruption, be ready to send your friends and relatives to jail.".

As you already understood, one of the first tasks that the Lee Kuan Yew team took up was the elimination of corruption and increasing trust and respect for the state among the population.

The anti-corruption campaign consisted of four elements, the first of which was the creation of a powerful independent anti-corruption service. The British Colonial Government was left with the Bureau of Corruption Investigation - DBK, but its powers were extremely confused, and its employees were engaged in very small matters in the lower and middle echelons of the police, among the inspectors who controlled the lottery trade, land management inspectors, etc. Lee Kuan Yew significantly strengthened the BRK, reassigned him to the Singapore premiere and gave him truly unlimited powers.

In parallel, all officials and their families were deprived of immunity. The agents of the BRK received the right to check bank accounts, the property of not only the officials themselves, but also their children, wives, relatives and even friends! If the clerk and his family live beyond their means, the bureau automatically investigates without waiting for the command from above. DBK's investigations were focused on large bribe takers in the upper echelons of power. Minor rogues were fought by simplifying decision-making procedures and removing any ambiguity in the law, to the point of revoking permits and licensing in less important areas of public life. In parallel, the courts were granted the right to confiscate the proceeds of corruption.

In 1989, the maximum amount of a fine for corruption actions was increased from 10 to 100 thousands of Singapore dollars. Giving false evidence to DBK or misleading the investigation was a violation punishable by imprisonment and a fine of up to 10 thousands of Singapore dollars. Moreover, DBK repeatedly conducted investigations against Lee Kuan Yew himself and his family, but they did not have results. During the activities of the DBK, several federal ministers, trade union leaders, public figures, and top managers of state-owned companies were planted.

Here is one of the episodes, as the Singapore authorities called for the responsibility of high-ranking officials. Wee Tung Boon was the Minister of the Ministry of the Environment in 1975, when he traveled to Indonesia with his family. The trip was paid for by a contractor who built housing, the interests of which he represented to government officials. He also received a mansion from this contractor worth 500 thousands of Singapore dollars, as well as two credits in the name of his father for a total of 300 thousands of Singapore dollars for stock market speculation, which were issued against the guarantees of this contractor. He was charged, convicted and sentenced to four years and six months in prison. He appealed the sentence, but the charge was upheld, although the sentence was reduced to 18 months.

Live within your means

The second element of the anti-corruption program: in Singapore, the presumption of guilt of an agent of the government, of any government department or state public organization was actually introduced. In 1960, a law was passed that made it possible to consider evidence of a bribe that the accused lived beyond his means or owned property that he could not collect on his income as evidence that the accused received corrupt income.

Any remuneration received by an official from a person who has sought contact with the government will be considered paid corruption as an incentive or reward until proven otherwise. This effectively transfers the burden of proving one’s innocence to an employee, who must convince the court that the remuneration was not received under the corrupt scheme. If the official’s fault is proven, his property is subject to confiscation, the official pays a huge fine, goes to jail for quite a decent time. However, his family is considered dishonored, and none of the family members can find a good job in Singapore.

Big salary as a guarantee of decency

The third element - the salaries of officials were radically increased. Lee Kuan Yew argued that civil servants should pay the highest wages because they deserved it, being a decent and honest government. If they are underpaid, they may be tempted to engage in corrupt practices.

The increase in salaries has led to the fact that the best specialists have moved into the public sector. When the country began a rapid economic recovery, the wages of officials began to grow in proportion to the income of the private sector. Civil servants and judges in positions of responsibility were raised to the level of top managers of private corporations. Initially, wages were fixed at a high level.

Lee Kuan Yew considered this system ineffective and proposed a new one, according to which the revision of ministers, judges and senior civil servants would become automatic, linked to the amount of income taxes paid by the private sector. The payroll formula itself, which is still working today, looks like this: the official's salary level was defined as 2 / 3 of the income of private sector employees of comparable rank, shown by them in tax returns.

The fourth element is the formation of independent, objective media covering all found facts of corruption. An official caught on excessive spending, a bribe, immediately becomes the “hero” of the front pages.

Here is a brief summary of the main steps to success in the fight against corruption.

Ctrl Enter
Noticed a mistake Highlight text and press. Ctrl + Enter
We are
Lee Kuan Yew: “Russians are not those who can be thrown into the dustbin of history”Is Singapore an example for Russia?
125 comments
Information
Dear reader, to leave comments on the publication, you must to register.