"Power vertical" out of Putin's control 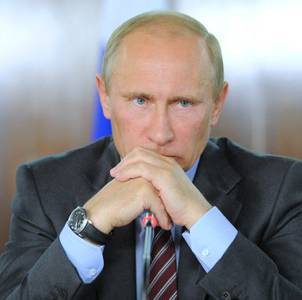 The conflict inside the Russian elite is gaining momentum and may reach a peak this fall.


I have already written a small text about Surkov’s resignation, in which I explained the main reasons for this event, in my opinion. But since I did not write a forecast for Russia for this year (everything develops too quickly), some political details need to be disclosed in more detail. This is what I want to talk about now.

The topic of responsibility of the elite (nomenclature) to society arises in our country not for the first time. It was precisely attempts to impose such responsibility on the nobility on Paul I’s heads (the British became only the organizational basis of general discontent); most likely, it was worth the position of the successor to Stalin G.M. Malenkov. In 1955, he began to tighten the responsibility of the nomenklatura, which had weakened greatly after the death of Stalin, for which he paid, losing to Khrushchev. At the same time, the fact that most of the leaders of the regional committees were personally grateful to the chief personnel officer of the Central Committee Malenkov for his nomination did not help, and they didn’t really like Khrushchev himself, including jokes in 1949-53, when he supervised the special services from the Central Committee.

Nevertheless, the general system of public control over the activities of the nomenclature operated more or less effectively until Gorbachev's times, and only after the 1991 “revolution” was completely eliminated. And, as in the 1920-30-s of the last century, was replaced by a very interesting model of the "two-story" elite.

The essence of this separation consisted in the awareness of the political realities of the world in which our country existed (then - the USSR, today - the Russian Federation). The part of the elite that came into contact with this reality in its direct activity understood that there was little chance of preserving in a more or less long term. How did Stalin speak there? “We have to go this way in ten years, otherwise they will crush us!” And such words could have been uttered by Ivan the Terrible (who knows what he said there before the boyar Duma, there are no protocols ...) and Peter I. But they all faced the same phenomenon, namely, the colossal opposition of the majority of the elite (nomenclature, as it was in the USSR and today in the Russian Federation) to any changes that worsen its condition, the ability to steal, and (perhaps most importantly) threaten her complete impunity.

Pay attention to how easy any liberal decisions that society actively impedes: the Bologna process in education, juvenile justice, health care reform and so on - pass through our government. But the point is that this “elite” does not care about society; moreover, she hates him, because it is constantly “confused under his feet” and “interferes with work”. And all these “reforms” are very popular with the “elite”, because they allow capitalizing the process. It is one thing to finance thousands of clinics, it is quite another to centrally purchase state-of-the-art equipment for several large centers with corresponding kickbacks. Polyclinics are not needed at all, like the Academy of Sciences; it is a waste of money, the “elite” does not use them anyway.

Let us note, by the way: it immediately follows from this that the modern “nomenclature” is an actively Russophobic system. For her, the Russian people are the most harmful part of the country, since all the time it creates obstacles to convenient activity. And this is one of the reasons why these characters love Western liberals so much, although there are others. But Russophobia in our "elite" is quite his own, homegrown.

At the same time, and because of the cruel hatred of their people, and because of the love of Western liberals, they sincerely do not see and do not understand the political threats to the country. They do not discuss the relevant issues, referring to the "upper" leadership (including Putin) and explaining that this is "not their business." At the same time, they do not believe the words about threats: well, what kind of threat can they personally carry from such “decent” and “respected” Westerners? Threat to the people? Well, he, the bastard, and it is necessary, if he does not understand the whole charm of life under their control!

Until a certain moment, the upper, political part of the elite and the basic, mass part of it lived quite amicably, and only in recent months this idyll began to be violated. This is due to the fact that for the first time since the “settling down” of the political system of the Russian Federation in the early 2000s, the country's economic growth was replaced by a serious recession. Whether the country's leadership understands this is a secondary question, it does not play any role, since the negative consequences of this recession have begun to take effect and will only intensify. And at that moment, Putin entered the slippery slope of Paul I and Malenkov. And some others historical characters too ...

I don’t know how Putin and his closest associates imagine the situation. Most likely, in the spirit of “yours is a stranger,” and the refusal to execute Putin’s decrees “in essence” is perceived as a change of the “curator” (relatively speaking, Putin to Voloshin) with specific characters. Another thing is that in this sense, some appointments in the government look strange, but let's see what happens next. The main thing is that the keen sense of the threat that the very top of the “elite” has, which has experience of political struggle at the geopolitical level, is completely absent just below, and this is what causes sharp opposition.

I note that this has nothing to do with the notorious “good king - bad boyars” dichotomy, because a year ago “king” was no different from “boyars”. And today he wants only one thing - that the “vertical of power” subordinated to him formally does something to eliminate a specific threat. But the trouble is that, firstly, the “vertical” does not see this threat, secondly, it does not consider it a threat, and thirdly, on the contrary, it considers the threat of an attempt to force it to anything. Just in case, I repeat: all this has nothing to do with the interests of the people, this is a purely intra-elite conflict.

As the economic downturn has not gone away, this conflict will become tougher. And the most important question that arises here is: when will the actors begin to attract the people within its framework and will they do it at all? In 1993, the people were not asked, but then the conflict was purely “top-level” in nature and was quite short-term. Today, if the economic crisis accelerates, the option of involving society in this conflict becomes almost inevitable.

And this is the most important conclusion from all that has been said. So far, all that is happening is internal dismantling of a narrow layer of the “elite”, which is extremely negative for our people. As the crisis develops, one or the other side will inevitably have to somehow use the resource of the society - and now by this point you need to be ready, since it can begin in the autumn.

Ctrl Enter
Noticed a mistake Highlight text and press. Ctrl + Enter
We are
About Stalin and KhrushchevChechen trace of Mr. Surkov
101 comment
Ad